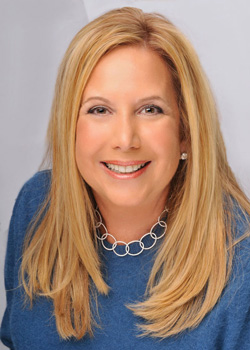 In her first official address to the House of Delegates as ABA president-elect, Laurel G. Bellows spoke to the strength of the organization during the Great Recession and the important lobbying role of the ABA’s policymaking body on lawmakers.

Bellows will automatically become president next August at the ABA Annual Meeting in Chicago, her hometown.

“Wow! It is totally just, wow,” Bellows said as she took the podium, thanking all of the people who supported her. “If you see a turtle on top of a flagpole, you know she didn’t get there by herself.”

Bellows emphasized the importance for ABA members to cooperate in addressing issues facing the legal profession.

Among the issues she discussed were improving the legal education system, maintaining an independent judiciary, and supporting legislation to ensure national security.

Bellows, a principal in the Bellows Law Group, is past chair of the House of Delegates. She is vice-chair of the Standing Committee on Membership. She also is past president of the Chicago Bar Association and the National Conference of Bar Presidents.