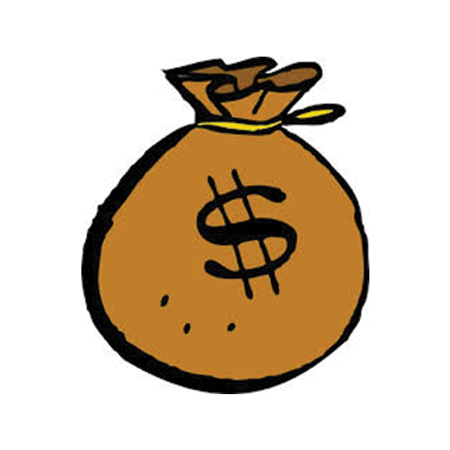 Educating the public and inspiring action to change the U.S. money bail system are among the goals of the Bail Trap: American Ransom film campaign. The multipart initiative is co-produced by Brave New Films and the Pretrial Justice Institute.

“We don’t run a think tank, and we don’t do research papers,” says Robert Greenwald, founder and president of Brave New Films. “We tell human stories and hope that from the human story comes a better understanding of policy.” Brave New Films recently released the first short film in the campaign, Breaking Down Bail.

Breaking Down Bail combines information about the bail system—such as the fact that about 500,000 people are in jail on any day, awaiting trial—with man-on-the-street interviews, highlighting the many misconceptions people have about the bail system. For example, some interviewees erroneously assumed bondsmen are public sector employees; one said the individuals work for themselves. The film also points out that insurers underwrite bail bondsmen.

In addition to arming the public with facts, Breaking Down Bail highlights the human lives impacted and the hardships that often accompany the money bail system. An arrestee unable to come up with the funds can be locked up for even a minor infraction.

In many cases, this puts the arrestee’s job—often a low-wage one—in jeopardy and leaves him or her unable to care for dependents.

Advocates say the system has got to change. According to Cherise Fanno Burdeen, co-chair of the ABA Criminal Justice Section’s Pretrial Justice Committee and CEO of the Pretrial Justice Institute, there are 12 million arrests each year, and the goal isn’t to eliminate bail but to replace the system.

“Jail is where mass incarceration happens, even though three-quarters of arrests are for misdemeanors,” Burdeen says, noting that only 6 percent of arrestees end up in state prison, with the rest sentenced to probation or local jail time.

Many of those arrested serve more pretrial time than they would for the crime with which they’ve been charged. For example, an arrestee who can’t afford bail might spend a month in jail for a crime that carries a sentence of a year’s probation.

Greenwald says he was inspired to tackle the bail system when he learned that the United States and the Philippines are the only countries that currently use a for-profit bail system. The film notes that some states have begun to eliminate for-profit systems, and arrestees show up for court dates at about the same rates as do those in states with money bail systems.

Maryland recently overhauled its bail policy, requiring judges to consider a defendant’s ability to pay. Other states, including Kentucky, New Jersey and New Mexico, also have moved away from money bail.

Research also has shown that locking up people because they can’t afford bail is not only costly and immoral but also ineffective—it doesn’t boost safety, Greenwald says. “It is both morally wrong [and] it’s bad policy,” he says.

The shortcomings of the money bail practice have garnered interest from across the political spectrum. Greenwald says many who’ve been part of the “lock them up and throw away the key” world are shifting their stance—often due to costs, concern about government overreach, and the lack of success with the current system.

Depending on funding, Brave New Films will complete three to five films in the series. Each will focus on personal stories and will be available for legislators and their staffers as well as voters and activists. The films initially will focus on efforts underway in California, Greenwald says. But because of its size, success in California tends to have a trickle-down effect.

Causing change at the national level will be difficult, Greenwald says. Changes will come “state by state and community by community.”

Print and initial online versions of “Exposing the Bail Trap,” April, misreported the percentage of arrestees convicted. Cherise Fanno Burdeen should have been quoted as saying: “There are 12 million arrests each year, but only 6 percent go to state prison—the rest are sentenced to probation or local jail time.”

This article originally appeared in the April 2017 issue of the ABA Journal with this headline: "Exposing the Bail Trap: New film campaign works to inform, effect change."