Can replacing hierarchies with a hive mentality transform our profession? 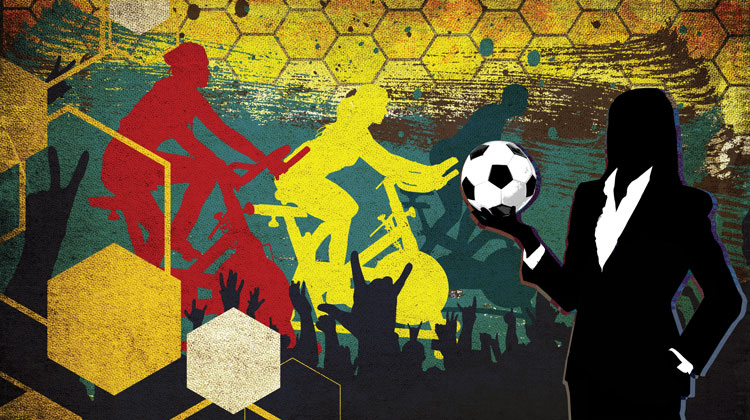 It’s fun to consider the possibility that the core of what humans experience at rock concerts, group fitness classes and flash mob dances might hold a key to improving the functioning of our law firms, law schools and legal communities. Social psychologist Jonathan Haidt’s concept of the “hive switch” might be the jolt our profession needs.

Haidt defines the hive switch as “an adaptation for making groups more cohesive, and therefore more successful in competition.” A hive switch is a phenomenon that occurs when individuals realize they have become part of and fused within a collective; they transcend self-interest and invest in something larger than themselves.

For millennia, groups that have figured out how to operate in synchrony—rather than in isolated silos—have achieved greatness. Psychologists like Haidt have studied phenomena like “muscular bonding”—how armies, for example, forge bonds by physically moving together in time. When humans engage in synchronous or rhythmic movements, their hierarchies, borders and rigid delineations temporarily dissolve. Similarly, group rituals (like flash mob dances, festivals and carnivals) incite “collective effervescence”—a feeling of electricity and elation that can make people less selfish, more caring and increasingly focused on communal fusion rather than individuality. When these experiences of “interlocking” flip on the hive switch, we momentarily forget ourselves, trust others and coalesce.

If we want all individuals and communities within the legal profession to flourish at the highest level, we should consider how a hive switch can transform a group of people into a healthy collective social organism rather than just a loose assortment of detached individuals.

Haidt emphasizes that too much self-focus can hinder happiness; to really thrive, we should intermittently lose ourselves in a hive.

I recall three poignant hive switch moments in my life. First, at a U2 concert in Rome’s Olympic Stadium, fans coordinated a surprise for the band. During the song “With or Without You,” thousands of fans held up colored pieces of paper (taped beneath our seats) forming a massive image of a Joshua tree (an icon invoking the band’s 1987 album). U2’s frontman, Bono, stopped in his tracks, gripped, when he saw it.

Second, I felt a hive switch in a spinning class on Thanksgiving morning in New York a few years ago: music blasting, pedals pumping, muscles exerting; every person assembled in the room united in the spirit of physical well-being and became overwhelmed with emotion.

Third, a friend took me to a Rome-Bologna soccer match. Suddenly, the crowd began swaying back and forth arm-in-arm, singing a Roman anthem while waving burgundy and gold flags. Pure magic. In those moments, all my petty, self-focused concerns evaporated. I felt intense human connection. I felt motivated and inspired to make a positive impact in the world.

How does this relate to the legal profession? Happily, hive switches are not limited to entertaining distractions like U2 shows, spinning classes and Italian soccer matches. Because the hive switch is a phenomenon that can cohere any group, Haidt says leaders can capitalize on its power to fuel groups’ successes, including in competitions with other collectives. Haidt notes that this concept has profound implications for how future leaders craft and manage organizations. He distinguishes between organizations run by transactional leaders who motivate through “institutionalized carrots-and-sticks” and transformational leaders who generate social capital and bonds of trust among employees.

According to Haidt, members of hives work harder, experience more joy and exuberance while doing so, and they are less likely to abandon the hive for shinier opportunities. Further, he reports that hives outperform less cohesive groups. Conversely, “pitting individuals against each other in a competition for scarce resources (such as bonuses) will destroy hivishness, trust and morale,” he wrote.

Unfortunately, traditional legal education and practice models do not cultivate synchrony, unity and collective trust. Instead, we often pit individuals against one another in fierce, unhealthy, survival-of-the-fittest competition. Outdated educational traditions that reinforce the myth of one path to success in law school—the Socratic method used in an intimidating way, exams worth 100% of semester grades, strict grading curves, class rankings, selection mechanisms for accolades like membership on law review editorial boards and advocacy teams—entrench a scarcity mindset. Similarly, many law firms rely on the same metrics every year to recruit new talent and thereafter default to compensation systems that can reinforce self-interest rather than regard for the health of the collective.

The good news: We can change this. We can experiment with new educational and development approaches that activate the hive switch for law students and lawyers. Leaders of legal institutions who are conversant in the fundamental workings of the hive switch can design systems, projects and interactions to spark pride, loyalty and enthusiasm among community constituents.

Obviously, some hierarchical structures are natural in professions like the law, in which we grow in expertise, assume leadership roles and guide others with less experience.

Teams and groups can benefit, however, from temporarily setting aside hierarchies. Anthropologist Victor Turner explains that periodic collective experiences of “anti-structure”—through group rituals in which boundaries and hierarchies provisionally melt away—enhance the humaneness and stability of such structures when community members return to them. Flipping the hive switch

Haidt suggests three pathways for enhancing the hivishness of an institution, team or company:

The pandemic has highlighted the roles that connection and community play in our individual mental health and well-being. Notably, Haidt illuminates how synchronous physical movement and team-based activities can activate the hive switch and foster a collective bond. He offers the example of Toyota starting each day with companywide coordinated calisthenics. I had a similar experience in a recent all-weekend Zoom conference. Organizers invited a leader of an online dance community called Daybreaker to give conference attendees a 45-minute movement-dance break on Zoom. I felt incredibly awkward and cheesy dancing on screen at first (and turned off my video), but then completely shelved my hang-ups, turned my video back on and participated. By the end, I felt more closely bonded to my fellow attendees.

If group movement (even as simple as coordinated stretching in the middle of the day) feels unrealistic in a legal setting—and, of course, being mindful of the reality that not everyone can participate in physical movement—we can get creative. Haidt notes alternative ways of flipping the hive switch through moments of awe and healthy team rivalries.

Awe is a multistep experience. First, we perceive something tangible (a stunning mountain range, a cascading waterfall, a jaw-dropping work of art), interactive (a rock concert, a Broadway show, a sporting event) or conceptual (a peaceful protest, a moving political speech, poetry) that stops us cold. Suddenly, we feel small, insignificant, temporarily immobilized. As author Emily Esfahani Smith writes in her book, The Power of Meaning, “Awe challenges the mental models that we use to make sense of the world. Our mind must then update those models to accommodate what we just experienced.” As we vibrate from the electrical charge of awe, our minds sift and sort past memories, striving to incorporate this new powerful interloper. Social psychologist Barbara Fredrickson explains that awe is so impactful because it teeters on the precipice of safety; it blends positive emotions like inspiration with other sensations like fear. But in the end, awe is self-transcendent. Awe can ignite positive change in the way we view the world and how we fit into it.

Legal communities might consider cultivating experiences that ignite collective awe. Even during the pandemic, can we inspire one another to get outside and appreciate an awe-inspiring aspect of nature and then exchange our reflections on those experiences? Can we connect with group members in virtual musical performances or artistic showcases? When we can safely convene in person, can we team up to work on humanitarian initiatives and charitable projects in our communities? We can further foster hivishness by undertaking these activities in departmental groups or established work teams, engendering healthy and friendly intergroup team rivalry.

This story was originally published in the April/May 2021 issue of the ABA Journal under the headline: “Healthy Hives: Can replacing hierarchies with intergroup teams transform our profession?”