Can marijuana ads be shown on TV in states where it's legal? Broadcasters aren't so sure 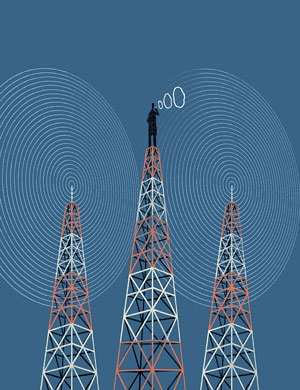 If the recent spate of states repealing marijuana prohibitions could be likened to a revolution, it's one that won't be televised—at least not as a commercial.

That's the transmission received recently in Colorado, where a 15-second advertisement for a cannabis-oil vape pen that was set to air during a Denver station's late-night lineup was pulled by the station's license holder. The decision came as a complete surprise, says Olivia Mannix of Cannabrand, the Denver-based marketing agency that created the spot for its client Neos. The ad was slotted, payments were made, and the broadcast time—during Jimmy Kimmel Live!—complied with state law requiring a primarily adult audience, she says. Plus, the ad showed neither cannabis nor people using cannabis. "We didn't even show the product," she says. So what prompted Cincinnati-based E.W. Scripps to kill the buzz?

The company’s sole comment remains the statement it issued following the cancellation, citing “concerns about the lack of clarity around federal regulations that govern broadcast involving such ads.” While this decision is likely a bummer for cannabis consumers in states where it’s legal (and eager television ad sales reps in those markets), lawyers familiar with the issue say it’s the prudent one, since marijuana remains illegal under federal law.

Berman views the disconnect as “hurdles, not walls,” but he also notes that it’s pretty clear that the broadcast industry isn’t budging. Which is understandable, because getting burned could mean losing business. Section 843 of the Controlled Substances Act makes it a felony for a “communication facility” to transmit advertisements for Schedule 1 drugs, a classification that includes LSD, heroin and marijuana. Any violation could result in jail time and a significant monetary fine. Additionally, television broadcasters are regulated by the Federal Communications Commission, which issues the licenses required to access the airwaves. The FCC grants license renewals only to those broadcasters operating in the public interest, and a license holder must disclose character issues and any civil or criminal penalties on the renewal application. No license renewal—no more business in that market.

And yet, it’s tempting. Media lawyer Kathleen Kirby of Wiley Rein in Washington, D.C., says that several of her clients located in states where cannabis is legal have been approached to run cannabis ads, and they’ve called on her for advice.

“I don’t say no, but I counsel,” Kirby says, explaining the lack of clarity from the Feds as to whether they’ll prosecute those who broadcast marijuana ads under the Controlled Substances Act. She throws out the possibility of an overzealous prosecutor, and she emphasizes that violations potentially carry criminal penalties. She also cautions her station clients that they may open themselves to complaints and challenges to their license renewal, given the amorphous nature of the FCC’s standard of operating in the public interest. Not surprisingly, all of her clients have decided to hold off.

Occasionally, given signals from the Department of Justice that it will limit enforcement efforts, Kirby wonders whether she’s being too conservative. “I am telling my clients to turn down money, and you never want to be the bearer of that message,” she says. “But protecting the license—that’s the most important thing.”

There’s an additional reason to be conservative, says Hilary Bricken, lead attorney with the Seattle-based Canna Law Group, part of the firm Harris Moure: The risk-reward ratio is just too low. “Because of federal prohibitions, these marijuana businesses are only going to get so big and only get so much of the market share in a given state,” she says. “If these FCC-regulated entities really saw big dollars here, my opinion is that they’d much rather take the risk and ask for forgiveness later, but in all reality the money just isn’t there for them.”

This article originally appeared in the December 2015 issue of the ABA Journal with this headline: “No Show: Concerns over federal law are leaving dead air when it comes to marijuana advertising.”