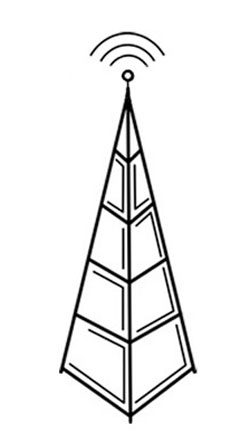 One of the latest innovations in wireless may be something the wireless industry doesn’t want consumers to own.

For anyone who’s ever had spotty cell phone service, the appeal of these personal cell phone towers is obvious. But the nation’s wireless phone companies say these devices also cause interference that jeopardizes other customers’ phone traffic.

Those arguments are behind a multi-year proceeding still pending before the FCC.

In 2007, the CTIA — the trade association that represents major cell phone networks — asked the FCC for a declaratory ruling that would require users of these signal boosters to get permission from their local wireless carrier before using them, says Washington, DC telecommunications lawyer Peter Connolly of Holland & Knight. “In February of 2010, the FCC asked for comments on what they should do.”

Then, last March, the CTIA took its argument a step further and asked the FCC to consider banning the devices. The wireless industry also asked the FCC to create a rocket docket to handle interference claims against the signal booster manufacturers and to create labeling requirements for these devices that inform consumers about the need for an FCC license or permission to operate the device.

Comments and replies have been filed to the CTIA’s request, but so far the FCC has yet to act. “The FCC has been hesitant to go after [the manufacturers and marketers of these devices] them because the view has been they can increase the range of wireless service,” Connolly says.

Brian Josef, director of regulatory affairs for the CTIA, said the wireless phone industry wants the broadest coverage possible, but “it’s a question of these self-help options manufactured without regard for cell phone networks or frequencies they operate in, may improve one person’s reception at the cost of many other users who will suffer degraded performance” and raised the possibility that public safety may be impacted.

Connolly said today’s cell phones aren’t as powerful as the “brick phones” of yesteryear and though there are more cell phone towers, some users still experience less than robust service, which causes them to seek out the boosters. “We want customers to get better service — we don’t want to somebody to install a booster and take down somebody else’s cell phone,” he explains.