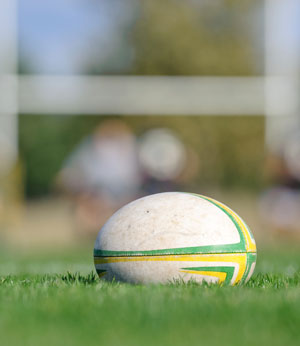 Rugby might not seem like a warm and fuzzy kind of sport, but Chicago lawyer Michael Young missed the camaraderie from his days playing it so much that he figured there must be other legal professionals pining to be back in the scrum.

Young tested his intuition through a LinkedIn notice, and in 2014 he and another friend organized what is thought to be the country’s only all-lawyer rugby team. But the team isn’t unique in the rugby world. It was invited last October to the Lawyers Rugby World Cup in London, which was held in conjunction with the professional Rugby World Cup. The Chicago Lawyers Rugby Football Club competed against eight other teams, including those from Australia, the Cayman Islands, England, France, Ireland, Italy and Scotland.

“Our club helps fill the void for those of us who still want to play rugby but aren’t able to devote enough time to it to meet the demands of one of the full-time teams,” Young says.

In Chicago, the team plays casually against other “social teams,” including a team called Chicago Blue that is made up in part of police and a team of Japanese expats called Japanese RFC. “It’s a physical outlet that we don’t necessarily get from sitting behind a desk,” says lawyer Dave Geerdes. “It’s a social club. We meet up and have a good time.”

The London trip opened Young’s eyes to how rugby is played in a country where it’s a major sport. “We don’t have our own clubhouses,” he says. “It’s hard to find showers. We end up going to social events wearing muddy jerseys. There, we were hosted at a professional facility.”

England’s Law Society RFC is scheduled to visit Chicago in May, and Young says his team is gearing up to play host “and hopefully put on something half as good as they did for us.”

This article originally appeared in the February 2016 issue of the ABA Journal with this headline: “In the Scrum: Chicago team competes at Lawyers Rugby World Cup.”