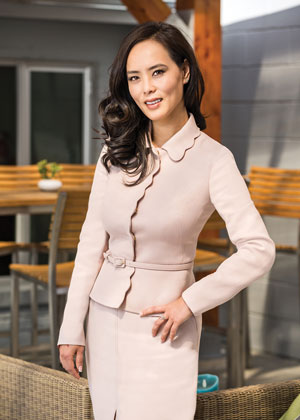 While an increasing number of Chinese companies are doing business in the U.S., China has nevertheless built a legal firewall around its financial services firms by refusing to acknowledge the jurisdiction of U.S. courts and regulatory agencies.

This makes it exceedingly difficult to serve Chinese companies in the U.S. with discovery, subpoenas and other documents seeking a reply. These challenges were spelled out in a May 5 report of the U.S.-China Economic and Security Review Commission, a government agency created by Congress in 2000 to oversee the national security implications of the two nations’ bilateral trade and economic relationship.

Yet despite the agreement, Chinese companies still refuse to comply with Hague treaty requirements, claiming that compliance would violate China’s state and banking secrecy laws.

“They just don’t have discovery,” says attorney Sam A. Davis of Davis, Malm & D’Agostine in Boston. “The Chinese court system is not common-law-based.”

Disputes between Chinese and U.S. firms could be resolved through arbitration, Davis says. “In some contracts between U.S. and Chinese companies, there’s an agreement to submit all disputes to arbitration,” he says. “The arbitration takes place in Hong Kong and is fair-minded.” There have been no agreements so far for arbitration in the U.S., according to Davis.

Without arbitration, and with a continuing pattern of Chinese firms’ noncompliance to discovery requests, a number of major civil and class action suits are as yet unresolved.

In Tiffany v. Qi Andrew, jewelry maker Tiffany brought a trademark infringement action in 2011 against Chinese counterfeiters who were allegedly selling fake Tiffany products online. Asked to provide the financial records of sales, the New York branches of Chinese banks denied those requests, citing Chinese law as the basis of their refusal.

A federal judge in the Southern District of New York rejected the New York branches’ claim that they did not have control over financial records in China. However, the judge accepted the banks’ argument that records are protected by Chinese laws. He directed Tiffany to make its discovery request through the Hague Evidence Convention, despite China’s history of rejecting or delaying discovery requests under the treaty.

The case is still pending despite Tiffany’s repeated requests for documents.

In a separate case, the Chinese branches of the Big Four accounting and consulting firms (Ernst & Young, KPMG, Deloitte Touche Tohmatsu and PricewaterhouseCoopers) were sued by the U.S. Security and Exchange Commission in 2012 for noncompliance with the Sarbanes-Oxley Act, the 2002 statute that requires accounting firms to supply documents to the SEC. The firms responded by claiming that compliance with Sarbanes-Oxley would be a violation of Chinese law and would subject them to severe penalties.

In another counterfeiting case, Gucci America v. Weixing Li, the plaintiff brought a trademark infringement suit against Chinese defendants who sold fake handbags online. Asserting the same argument as in the Tiffany case, the Bank of China refused Gucci’s records request, claiming that it controlled only the records of its New York branch. Chinese banking secrecy laws, the BOC argued, prohibit obtaining the records.

A federal judge ruled that the defendant did not comply with the Hague Convention and imposed a $75,000 fine, which was overturned by the 2nd U.S. Circuit Court of Appeals at New York City. Gucci again asked the court to compel the Bank of China to produce the evidence. Gucci argued that the bank had adequate contact with its parent company in China to acknowledge U.S. jurisdiction and comply with process. The BOC has not filed a response and the case was still pending as of late September.

“The courts have no power to enforce these actions here,” says attorney Evie Jeang, founder and managing partner of Ideal Legal Group of Los Angeles, which represents several Chinese companies doing business in the U.S. “China won’t allow other countries to control them,” she says. “It’s currently very hard to get money from them.”

For a U.S. company to collect a court judgment against a Chinese firm in the U.S., “you have to first find their U.S. assets, if any, and then try to seize them,” Jeang says. “If you sue the firm in China and try to seize assets—lots of luck.”

Conversely, he says, “no U.S. court will recognize a Chinese judgment against a U.S. firm.”

“In order to enforce a judgment, the winning party needs to locate and seize assets belonging to the losing party,” he says. “There is no reciprocal recognition of judgments between the U.S. and China, meaning that neither country recognizes court judgments issued by the other. We have successfully enforced judgments against Chinese entities, but it has required thinking outside of the box and taking a multijurisdictional approach.”

The Hague Convention provides the mechanism for extraterritorial service of process, McGovern says.

“We have been in U.S. litigation where the Chinese party has been successfully served through the Hague Convention,” he says. “Additionally, the trend now is that Chinese companies are establishing footprints in the U.S. through joint ventures, acquisitions and otherwise. Physical presence in the U.S. will make it easier for plaintiffs to serve Chinese companies.”

The U.S.-China Economic and Security Review Commission report offers several approaches, among them that the U.S. raise awareness in the legal community of the difficulties in getting documents. The report also suggests regular monitoring and reporting on China’s compliance with the Hague Convention.

And it advises that U.S. regulators suspend Chinese firms from doing business and delist them from U.S. markets if they refuse to comply with laws. A third proposal would require Chinese firms in the U.S. to designate an “agent for service of process.”

Finally, the report proposes that a law be enacted requiring all Chinese companies doing business in the U.S. to submit to the jurisdiction of U.S. courts.

Seattle attorney Dan Harris—a co-author of the China Law Blog—says none of those proposals would work. A new law “won’t change a thing, in that the Chinese companies will still fail to comply,” says the principal at international law firm Harris Moure.

The proposal that Chinese firms be required to designate an “agent for service of process” in the U.S. would not help either, according to Harris. “The tough part isn’t serving the Chinese companies; it’s getting them to believe that they need to obey U.S. courts,” he says. “All this would do is make it easier to serve them, which isn’t that tough to begin with.”

For the time being, the U.S.-China legal jurisdiction dispute remains at an impasse.

“In my opinion,” Davis says, “there is no solution to this problem in the immediate future.”

This article originally appeared in the November 2015 issue of the ABA Journal with this headline: “The Great Firewall of China: Chinese companies doing business in the U.S. build barriers to legal remedies.”