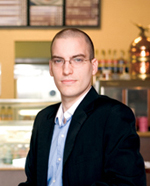 When Yale S. Hauptman started his own firm in 1995, he expe­rienced that stark difference between working for an established firm and venturing out on your own: finding clients.

“I had been at other firms and had never had this experience of waiting for the phone to ring,” he remembers. “I felt like I had no control over when I’d reach the growth spurts and how to avoid the slow periods.”

Livingston, N.J.-based Hauptman is an elder care attorney, so his business is as much about educating prospective clients about their future needs as it is about providing immediate legal services. So he began offering just that—elder care education—in the form of seminars at local libraries, assisted living facilities and Veterans Affairs hospitals. He conducts three or four seminars each month; most draw 20-some attendees, but sometimes as many as 45 people show up.

While Hauptman says he does not necessarily end up with all his seminar attendees as new clients, the majority opt to join his mailing list and request additional information for when they need elder care expertise.

Hauptman is not alone in this approach to rainmaking. A growing number of solo practitioners and small firms are using seminars, podcasts and free workshops at coffee shops, bookstores, nursing homes and other public spaces as a way to build their businesses.

Andrew Flusche is one of them. Flusche, having graduated from the University of Virginia just a year ago, is looking to expand his new solo practice. The Fredericksburg, Va., lawyer would like to attract would-be small-business owners as his target clients by conducting seminars. He plans to start his Entrepreneur’s Law Class at a local coffee shop later this year.

Flusche is opting for the seminars over traditional advertising for the same reason many attorneys do. “I think it never looks professional; it looks like an ambulance chaser. But I am not just advertising—I am giving you a service,” he explains.

When New York City solo Marshall R. Isaacs first went out on his own, he needed work and opted to speak to church groups over advertising. The speaking gig cost him only his time, and he could not afford to advertise.

Isaacs is not a churchgoer, but for the last seven years he has been giving 10-minute talks after sermons at several area churches—answering basic nuts-and-bolts questions like what to do if you’re involved in an accident. He offers similar informational sessions at various trade shows throughout the year.

Hauptman believes that the venue is less important than the message and the consistency of effort. “I think the one thing that it really took me a while to understand is that you really have to show people what you do, and you need to do it on a consistent basis.”

“Advertising can be helpful, but you need to think of it as marketing, not advertising. An ad does not describe what you do to a potential client.

It does not explain why they need your services. When we have a seminar, what we are providing is really good, useful information,” Hauptman says.

Of course, an ill-planned educational effort can backfire, says Cody Fowler Davis. His firm, Davis & Harmon in Tampa, Fla., has six attorneys, and many of them participate in speaking engagements and seminars throughout the year. His advice for them—and other attorneys—is know your stuff.

“There is nothing worse than going to a seminar and not knowing what you are talking about. That can hurt the firm. We only do seminars about stuff we can do off the top of our heads. If you have to do two days of research and then get up there and fake it, you are not going to keep your credibility.”