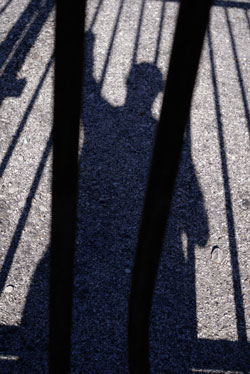 In the face of a growing U.S. prison population and concerns about funding cutbacks for criminal justice services, the ABA is supporting a proposal in Congress to conduct the first comprehensive examination of the nation’s criminal justice system in 45 years. Sen. Jim Webb, D-Va., first proposed the creation of a National Criminal Justice Commission in 2009. He summed up his concerns earlier this year when he reintroduced his bill (S. 306) in the Senate.

“America has the highest documented rate of incarceration in the world, yet 60 percent of Americans feel less safe in their own neighborhoods than they did a year ago,” Webb said. “We spend a staggering $68 billion every year just to keep people locked up, and we lose billions more in lost productivity due to the lack of proper re-entry programs.”

Under Webb’s bill, a bipartisan 14-member commission would be appointed by the president and leaders of the Senate and House from both political parties. The commission would conduct an 18-month study of all aspects of the criminal justice system at every level of government and make recommendations on best practices.

“We can be smarter about whom we incarcerate, improve public safety outcomes, make better use of taxpayer dollars, and bring greater fairness to our justice system,” Webb said.

But despite support from the ABA and more than 100 other organizations, Webb’s bill faces an uncertain future.

In October, a Senate vote to attach the proposal to an appropriations bill failed by three votes under a special rule requiring a “super majority” of 60 votes for passage. No version of the bill had been introduced in the House of Representatives as of early November.

The ABA’s support for S. 306 was outlined in an Oct. 3 letter (PDF) to members of the Senate by Thomas M. Susman, director of the association’s Governmental Affairs Office in Washington, D.C.

“The need for a comprehensive review is clear,” wrote Susman. “At every stage of the criminal justice process—from the events preceding arrest to the challenges facing those re-entering the community after incarceration—serious problems undermine basic tenets of fairness and equity, as well as the public’s expectations for safety. The result is an overburdened, expensive and often ineffective criminal justice system.”

Susman noted that the criminal justice system has become larger and more complex than ever, and that the overlap between federal and state criminal laws is growing. Moreover, the number of people under criminal supervision in the United States—including imprisonment, probation and parole—exceeds 7.3 million, or one in every 31 adults.

“Overreliance on incarceration and long sentences is expensive, unsafe for inmates and corrections employees alike, and unlikely to achieve the goal of rehabilitation,” Susman wrote.

The ABA already is familiar with these issues.

In 2004, the association’s policymaking House of Delegates adopted a series of recommendations that were intended to improve the national corrections system. In addition, the House identified steps that could be taken toward reversing the growth of federal criminal law.

Webb has vowed to continue fighting for passage of his bill. “We will not back down,” said Webb, who emphasized that a comprehensive study of the criminal justice system has support from advocates “across the political spectrum.”