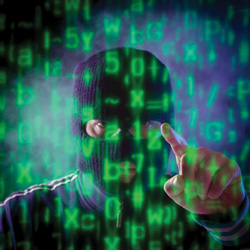 “Nerd Scare” sounds like what happens after an EverQuest player spills Mountain Dew on his computer.

But it’s really a term the National Lawyers Guild has coined to refer to the Justice Department’s stepped-up enforcement efforts against “Anonymous” and others. Referred to as an online hacking collective by some, Anonymous (and similar groups) allegedly waged digital attacks against a variety of corporations, including PayPal, Sony and Amazon.

The National Lawyers Guild, a New York City-based lawyers group that supports the First Amendment rights of protestors and agitators, maintains that the alleged hacking attacks are not crimes but protests, much like the sit-ins of prior decades.

And the guild claims that Anonymous and other similar groups are not organizations but shared beliefs.

In keeping with the guild’s tradition of protecting the right to dissent, its members are now helping to coordinate pro bono legal defense services for accused hackers. The effort includes a website, at anonlg.com, that provides legal information for individuals on the receiving end of subpoenas, search warrants and home visits from the FBI in connection with the Nerd Scare.

San Francisco lawyer and guild member John Hamasaki represents one of the 14 defendants accused in the PayPal denial-of-service attacks.

If the defendants are in fact guilty of what the PayPal indictment charges, Hamasaki says, the most that they could be accused of is political protest that caused a minor inconvenience.

According to the indictment in the Northern District of California, the PayPal defendants saturated a targeted network with external communication requests so it could not respond to legitimate information inquiries. The motivation, according to the government, was PayPal’s decision to shut down WikiLeaks’ donation accounts after the media organization released classified U.S. State Department cables on its website. The defendants are charged with various counts of conspiracy and intentional damage to a protected computer.

According to Hamasaki, the defendants were selected based on a PayPal storage device drive containing 1,000 IP addresses.

“The way I see it, they’re coming after us like we’re the criminals and ignoring everything that’s been exposed through WikiLeaks,” says Hamasaki’s client Keith Downey, a 26-year-old programmer from Jacksonville, Fla.

Matthew A. Parella, an assistant U.S. attorney who serves as chief of the Northern District of California’s computer hacking and intellectual property unit, declined comment, as did PayPal.