Death for Rape, an Echo of the Past 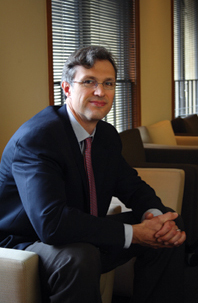 It was 44 years ago this spring that the state of Missouri put to death Ronald Wolfe for the crime of rape. Though no one could know it then, his execution would prove to be the end of an era. Rape had been a capital crime for much of Ameri­can history, and it remained so through the middle decades of the 20th century, almost exclusively in the South. About nine of 10 of those sentenced to death for rape during those years were black.

In 1977, a year after having restored the death penalty as a constitutional punishment for murder, the U.S. Supreme Court branded death a cruel and unusual pun­ishment for rape. The justices overturned a death sentence for three-time rapist Ehrlich Coker and strongly suggested that only homicide qualifies as a capital crime. Coker’s victim was just 16 years old, but she was referred to as an “adult woman” in Coker v. Georgia, 433 U.S. 584.

“We have the abiding conviction that the death pen­alty, which is unique in its severity and irrevocability, is an excessive penalty for the rapist who, as such, does not take human life,” wrote Justice Byron White.

On April 16, the court will reconsider that “abiding conviction” in the case of a convicted child rapist from Louisiana. Kennedy v. Louisiana, No. 07-343.

When Patrick Kennedy, a black man, was sentenced to die for the rape of his 8-year-old stepdaughter, he was the only person on death row in this country for a crime other than murder. In 1995, Louisiana became the first state to restore capital punishment for the rape of a child under 12. Since then, four other states—Montana, Okla­homa, South Carolina and Texas—have authorized capital punishment for child rape, albeit for a second conviction for sexual assault of a child.

Louisiana’s prosecutors say this trend in favor of the death penalty for child rape confirms there is no “national consensus” against the practice. The justices invoked that term when they abolished executions for mentally retarded defendants in 2002. Atkins v. Virginia, 536 U.S. 304.

Louisiana’s lawyers also say that since Coker spoke of the rape of an adult woman, it left the states free to impose the death penalty for child rape. This targets “a narrow category of the most serious crimes,” they say, again quoting Atkins.

Stanford University law professor Jeffrey Fisher, who represents Kennedy, argues that the death penalty in this instance qualifies as both unusual and cruel.

“Forty-five states bar such punishment outright, and Louisiana is the only state that allows it when, as here, the defendant has no prior convictions for child sexual assault or rape,” he says in his brief to the court.

Moreover, the death penalty is almost unheard of in Louisiana for those who rape or murder children, he adds. Since 1995, 180 people have been prosecuted for child rape in Louisiana, Fisher says, and none received a death sentence other than Kennedy and Richard Davis, who was sentenced to death last fall. Fisher says state prosecutors nearly always offer de­fendants in such cases a chance to plead guilty in exchange for a life term. Kennedy insisted he was innocent and took his case to a jury.

“In at least 40 cases since the enactment of Louisi­ana’s capital rape law, the state has convicted people of killing children; none of these offenders received a death sentence either,” Fisher adds.

In his 2002 book, The Death Penalty: An American History, law professor Stuart Banner of the University of California at Los Angeles reported that rape was pros­ecuted in the South as a capital offense both before and after the Civil War, but almost always against blacks.

By 1954, rape was punished by death in 18 states—16 of them in the South, Banner reported. Louisiana executed 14 rapists between 1930 and 1967, all of them black. “This court should pause before condoning a practice so heavily tinged with racism,” Fisher wrote.

The court recently has been closely split on the death penalty. Justice Anthony M. Kennedy cast the deciding vote in nearly every significant ruling. In 2005, the justices struck down the death penalty for murderers under 18 in a 5-4 opinion written by Kennedy. Roper v. Simmons, 543 U.S. 551.

Last term, the court restored death sentences in cases from Arizona, California and Wash­ington, all in 5-4 decisions with Kennedy in the majority.

But the death penalty is only one facet in an April calendar crowded with cases involving criminal law. On April 15, the justices will hear two cases that test judges’ author­ity to increase prison terms.

Sentencing law continues to be in flux. In December, the court gave district judges more leeway to impose sentences that fall below the range set by the federal sentencing guidelines. Gall v. United States, 128 S. Ct. 586, and Kimbrough v. United States, 128 S. Ct. 558. Those decisions call into doubt the authority of ap­pellate judges to police sentencing and to keep pun­ishments within the range set by the guidelines.

In the case of Michael “Mikey” Greenlaw, before the court this month, the St. Louis-based 8th U.S. Circuit Court of Appeals did more policing than either the prosecution or defense asked for. A drug dealer from Minneapolis, Greenlaw was sentenced to 37 years in prison for selling crack cocaine and carrying a gun in several transactions. When he appealed, the 8th Circuit decided on its own that Greenlaw deserved 52 years.

Judge William J. Riley explained that the lower court judge “plainly erred” in calculating the prison time. Greenlaw had more than one gun conviction, and the law mandates 25 years more for a “second or subsequent conviction,” even if it is part of the same indictment. Yet, the sentencing judge added only 10 years to Greenlaw’s term.

“The government … did not appeal the issue,” Riley said. “Because this error seriously affects substantial rights and the fairness, integrity and public reputation of judicial proceedings—and because we think it is judicially efficient for us to address the error—we exercise our discretion” and order a new, higher sentence.

Both Greenlaw’s lawyers and U.S. Solicitor General Paul Clement agreed the appeals court had plainly erred by acting on its own to raise a sentence even though the prosecution had not appealed. The court will take up Greenlaw v. United States, No. 07-330, to decide which plain error deserves to be corrected.

In Irizarry v. United States, No. 07-7517, to be heard the same day, the court will consider whether a judge can increase a prison term above the range set in the guide­lines or asked for in a sentencing report without notifying the defendant in advance. Richard Irizarry pursued his ex-wife from California to South Carolina and then to Mobile, Ala. He sent 300 e-mails threatening her and her new husband.

U.S. District Judge Callie V.S. Granade called Irizarry’s conduct “most disturbing” and said he deserved “the maximum time.” The guidelines called for up to 51 months in prison, but the judge sentenced him to 60. The court will hear his claim that he and his lawyer were entitled to “reasonable notice” if the judge was thinking of ignoring the sentence range set in the guidelines.

Another active area of criminal law—con­fron­tation—comes before the Supreme Court on April 22. The court will test the outer limits of the right to confront and cross-examine a witness—in this instance, a witness who is unavailable because she was killed by the defendant.

Dwayne Giles admitted he shot and killed his ex-girlfriend in the garage of his South Los Angeles home, but he said he acted in self-defense. At his trial, however, a police officer testified that he had been called to the girlfriend’s house a few weeks earlier and that she said Giles had threatened to kill her.

Not surprisingly, he was convicted. In his appeal, Giles said this hearsay testimony should not have been heard by the jury because he could not confront his accuser—the woman he admitted killing. He relies on Justice Antonin Scalia’s opinion in Crawford v. Washing­ton, 541 U.S. 36 (2004). “Where testimonial statements are at issue, the only indicium of reliability sufficient to satisfy constitutional demands is the one the Consti­tution actually prescribes: confrontation,” Scalia said.

The court will hear Giles v. California, No. 07-6053, to decide whether the defendant forfeits his confrontation right when he is responsible for her absence.