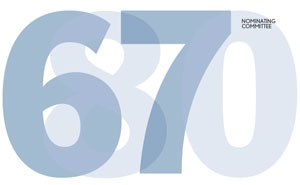 When the ABA House of Delegates considered a number of proposals in August to revise the association's governance structure, the process resulted in a familiar outcome: The existing structure was left pretty much intact, while the size of all three of the association's key leadership entities grew.

But in keeping with the overall tone of the proposed amendments to the ABA’s constitution and bylaws that were developed by the Commission on Governance, the increases in the size of the House, the Board of Governors and the Nominating Committee were relatively modest.

The amendments approved by the House will increase the size of the Board of Governors—which oversees the management of the ABA—from 38 members to 42 members. The Nominating Committee, which selects candidates for ABA president, chair of the House, secretary, treasurer and members of the Board, will increase in size from 68 members to 70 members. The House, which sets ABA policy and formally elects the president and other officers, will grow from 559 members to 600.

But while those numbers are not dramatic, they are significant. In presenting the proposed amendments to the House during its session at the 2015 annual meeting in Chicago, members of the Governance Commission emphasized that opening the membership of the ABA’s governing entities, even slightly, will enhance the association’s commitment to diversity.

The Governance Commission began its work in 2013. It was then co-chaired by Roberta D. Liebenberg, a senior partner at Fine, Kaplan and Black in Philadelphia; and James Dimos, a partner at Frost Brown Todd in Indianapolis. Dimos became deputy executive director of the ABA on Aug. 31. Palmer G. Vance II, a member of Stoll Keenon Ogden in Lexington, Kentucky, now is serving as Liebenberg’s co-chair.

The commitment to diversity in the ABA’s governance dates back to 1995, when the House approved governance amendments to the constitution and bylaws that created six new positions on the Nominating Committee to be filled by women and minorities appointed by the president. The House also created four new at-large seats on the Board of Governors, two to be filled by women and two to be filled by minorities. The amendments called for those candidates to be elected by the House. (The House also mandated that the association review its governance structure every 10 years.) 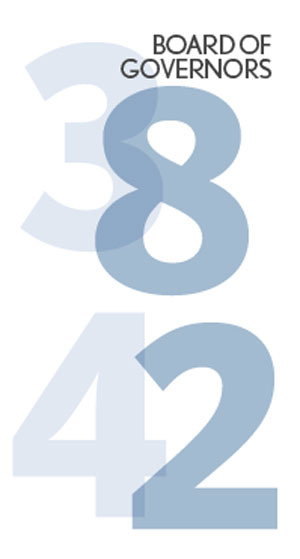 Those positions on the Board and the Nominating Committee still exist in accordance with Goal III—to eliminate bias and enhance diversity—of the ABA’s mission statement. But in August, the House gave the diversity provisions even more teeth.

In one action, the House eliminated sunset provisions applying to the Goal III seats on the Nominating Committee and Board of Governors, making those positions essentially permanent.

In addition, the House amended Article 9 of the constitution to add two more Goal III seats on the Nominating Committee—one to be filled by an association member who self-identifies as lesbian, gay, bisexual or transgender and the other to be filled by a member who self-identifies as having a disability. The amendments call for the president to consult a wide range of ABA entities—including the association’s diversity commissions, sections and divisions, and the general membership—in making appointments. Also, Goal III members of the Nominating Committee will be members of the House of Delegates as well. (Goal III members serve three-year terms.)

Similarly, the House amended Article 7 of the constitution to add a fifth Goal III seat to the Board of Governors, to be filled by a member who self-identifies either as LGBT or as having a disability. The amendments also added three section members-at-large, bringing the number of that segment on the Board to nine. Members of the Board are selected by the Nominating Committee and formally elected by the House.

All of the amendments adopted by the House were approved in voice votes with little or no discernible opposition. Amendments to the constitution and bylaws must be approved by a two-thirds majority of the House members present and voting.

ROOM AT THE TABLE

Members of the Governance Commission and other proponents of bringing greater diversity to the ABA’s leadership ranks pushed hard for the amendments. Women in particular have made inroads into the association’s ranks of officers. Paulette Brown, a partner at Locke Lord in Morristown, New Jersey, is at the midpoint of her one-year term as the first African-American woman to serve as ABA president, and she will likely be followed in the position by two other women: Linda A. Klein of Atlanta, who is managing shareholder in the Georgia offices of Baker, Donelson, Bearman, Caldwell & Berkowitz, will become president in August at the close of the 2016 ABA Annual Meeting in San Francisco. And Hilarie Bass, a shareholder and co-president of Greenberg Traurig in Miami, is running unopposed to become president in 2017. Meanwhile, Patricia Lee Refo, a partner at Snell & Wilmer in Phoenix, currently is chair of the House of Delegates, the second-highest post in the ABA.

“There still isn’t equality for women or minorities in the profession and the ABA,” said Laurel G. Bellows, founding principal of the Bellows Law Group in Chicago who has served as the association’s president and chair of the House, during the debate on the governance amendments. “We need the continuity of a laser focus on diversity.”

The ABA’s efforts at building diversity also need to include the community of lawyers with disabilities, said Mark D. Agrast, who chairs the Commission on Disability Rights. The Governance Commission’s proposals send a “much-needed message of inclusion” and give the ABA the benefit of input “from a remarkable group of lawyers,” said Agrast, who is executive vice president and executive director of the American Society of International Law in Washington, D.C.

“If one is not at the table, one is on the menu,” said Laura V. Farber, a liaison to the Governance Commission from the Board of Governors. She is a partner at Hahn & Hahn in Pasadena, California.

The amendments the House approved in August also create more room for young lawyers at the table. The consti-tution and bylaws define a young lawyer as a member who is younger than 36 years old or who has been admitted to his or her first bar within the past five years.

The key change affecting young lawyers amends Article 6 of the constitution to allow each state delegation to have one additional young lawyer delegate. In essence, the amendments will ensure that all state delegations include at least one young lawyer, said commission member Tommy D. Preston Jr. “This is a way to give young lawyers a seat at the table,” said Preston, director of national strategy and engagement at Boeing South Carolina.

Most of the additional delegates in the House will be the result of the amendments relating to young lawyers, as well as new membership formulas that will make it easier for states and ABA sections to add delegates.

There were a few setbacks for the Governance Commission. In one action, for example, the House rejected its proposal to eliminate the position of treasurer-elect after several delegates, including some past treasurers, argued that the position is critical to taking on the difficult tasks of that post.

But overall, Dimos said after the close of debate on the governance package, “we are very satisfied that the House approved a vast majority of what we proposed.” He said the commission worked hard during the run-up to the House debate on building consensus on the proposals that wasn’t always part of the process during past reviews of the ABA governance structure. In particular, the process unfolded with little of the squabbling between sections and states over delegate numbers. This time around, each camp got something.

“The tone that was set got us away from an ‘us versus them’ approach to ‘What’s best for the association?’ ” said Dimos. “The consensus among the constituent groups was that the ABA has many important issues to contend with, and we shouldn’t let governance distract us from addressing them.”

This article originally appeared in the February 2016 issue of the ABA Journal with this headline: “New Math: Diversity is the primary reason for the ABA’s decision to increase the size of its leadership ranks.”