What is a lawyer's ethical duty to check out a client's claim before filing an action? 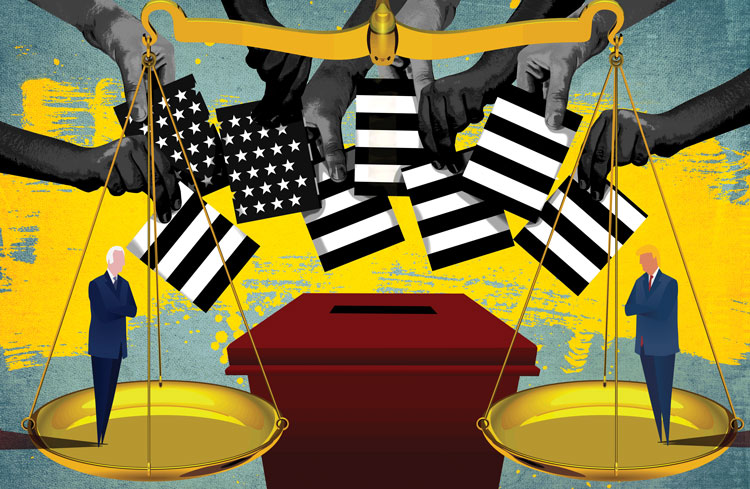 Lawyers have ethical obligations to consider before signing their names to pleadings, because their signatures represent that there needs to be a factual and legal predicate for the claims. This duty has come into full focus with a spate of lawsuits filed by President Donald Trump-allied lawyers who alleged fraud during the 2020 presidential election. These cases were almost universally rejected by the courts and prompted complaints against the attorneys who filed the lawsuits, urging sanctions and even law license suspensions.

But it isn’t just the high-profile, high-stakes suits that trigger ethical obligations.

When a lawyer files an action based on an unfounded legal theory, he or she could be subject to sanctions or disciplinary action ranging up to disbarment. Experts say lawyers have a duty to investigate whether their clients’ accusations have support or are without merit.

“Lawyers have to make a reasonable inquiry to determine that there is evidence supporting their factual allegations under Rule 11” of the Federal Rules of Civil Procedure or a state equivalent, says University of Connecticut law professor Leslie Levin, who writes regularly on ethics issues. “How much factual investigation the lawyer needs to do depends on the circumstances, but the lawyer usually can’t just take the client’s word for it that the allegations the client is making are true.”

A number of rules of professional conduct apply

As officers of the court, lawyers have an obligation to bring meritorious claims and are subject to disciplinary action for violating rules of professional responsibility.

Rule 3.1 of the ABA Model Rules of Professional Conduct provides: “A lawyer shall not bring or defend a proceeding, or assert or controvert an issue therein, unless there is a basis in law and fact for doing so that is not frivolous, which includes a good-faith argument for an extension, modification or reversal of existing law.”

However, legal observers say Rule 3.1 is not frequently enforced. But according to professor Peter A. Joy of Washington University School of Law, there are other ethics rules that come into play when a pleading is unsupported by evidence, including Rules 4.1, 5.1(b), 8.4(a) and 8.4(c).

Rule 4.1 states that lawyers must not make false statements to third parties. Rule 5.1(b) requires lawyers with supervisory authority over other lawyers to make sure those lawyers act consistently with ethical rules. Rule 8.4(a) identifies it as professional misconduct to assist or induce another attorney to violate the rules, while 8.4(c) says it is professional misconduct to “engage in conduct involving dishonesty, fraud, deceit or misrepresentation.”

Levin notes that in addition, lawyers who engage in such conduct “may be subject to civil claims for abuse of process or vexatious litigation.”

According to ethics experts, the most common source of punishment for lawyers who file claims deemed nonmeritorious are court sanctions. In federal court, lawyers who file litigation that seems to lack a factual and legal predicate are often sanctioned under Rule 11.

“It does start with Rule 11 because when you sign the complaint, you are saying that the claims or defenses are warranted by existing law and that you have evidentiary support for your factual contentions,” Joy explains, noting most states have modeled their ethical rules after Rule 11.

Rule 11(b) of the Federal Rules of Civil Procedure provides that when an attorney signs pleadings “after an inquiry reasonable under the circumstances,” the lawyer is representing to the court four things: 1) the claim is not filed for an “improper purpose,” such as to harass someone; 2) the legal claims “are warranted by existing law or by a nonfrivolous argument for extending, modifying or reversing existing law or for establishing new law”; 3) there is “evidentiary support” for the factual contentions; and 4) “the denials of factual contentions are warranted on the evidence or, if specifically so identified, are reasonably based on belief or a lack of information.”

The fact that a legal argument is creative or even contrary to existing law doesn’t necessarily mean the argument is frivolous and warrants sanctions. Comment 2 of Rule 3.1 provides: “What is required of lawyers, however, is that they inform themselves about the facts of their clients’ cases and the applicable law and determine that they can make good-faith arguments in support of their clients’ positions.”

In other words, a lawyer may file a lawsuit if he or she has knowledge of enough facts to believe he or she could ultimately prove the allegations of the complaint—if acting in good faith.

Frivolous cases and meritless cases are not the same thing

It might seem a lawsuit that is frivolous is one that lacks merit, but there is a difference between frivolous and meritless cases. “All frivolous cases are meritless, but not all meritless cases are frivolous,” explains Alexander Reinert of the Benjamin N. Cardozo School of Law. “My working definition is this: Frivolous cases are those that a judge can determine, at the moment of filing, to have a zero chance of success. It takes no legal argumentation or factual development to make that determination. Meritless cases are those that require some consideration—either turning over legal argumentation or considering the need for factual development—before concluding that there can be no relief of any kind for the plaintiff.”

Under this analysis, frivolous cases are those that can be tossed immediately, while a meritless claim may or may not have traction.

Reinert explains that “the value of meritless claims is that they help develop the law,” and that “some claims that ultimately lose help to shed light on which claims will succeed, and in that way, create certainty and stability in the law.”

Some experts question the use of the term “frivolous” in describing cases or legal claims. “Too often the term is used to refer to any case that someone doesn’t like,” says Suja A. Thomas, a professor at the University of Illinois College of Law. “It has devolved into more of an insult than a term with specific legal meaning. And I worry that if we overuse the term ‘frivolous,’ that will have a negative impact on access to justice.”

In her DePaul Law Review article “Frivolous Cases,” Thomas reminds readers of the testimony of former federal district judge and famed civil rights lawyer Robert Carter, who warned that if the term “frivolous” was applied broadly, then much civil rights litigation challenging the separate-but-equal hegemony would have been threatened.

“There is a good argument to sanction lawyers if they bring a case for bad purposes or a case that is not supported by fact or law,” Thomas says. “But people must have access to the courts. While there doesn’t seem to be evidence of widespread election fraud, what if we do have problems with our election systems? So in cases like this—involving fundamental elements of our democracy—we should be hesitant to punish lawyers.”

In the case of the Trump stolen-election lawsuits, complaints have been lodged with at least five state disciplinary agencies accusing nearly two dozen attorneys of filing frivolous lawsuits or engaging in professional misconduct. But there is a high bar before sanctions are imposed in most jurisdictions, with the standard of proof requiring clear and convincing evidence. And ethics experts say bar authorities often defer to the courts.

This story was originally published in the April/May 2021 issue of the ABA Journal under the headline: “Questionable Claims: Election fraud cases highlight ethics rules on baseless complaints.”