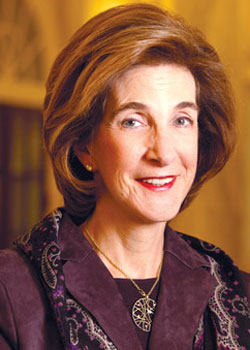 Right on schedule, the ABA Commission on Ethics 20/20 is moving into the second phase of its mission to consider possible changes in professional conduct rules that would help lawyers adapt to the increasing impact of globalization and technology.

As the commission approaches the halfway point of its expected three-year existence, its working groups have begun issuing discussion drafts on various ethics issues relating to globalization and technology. In late November, for instance, a discussion draft (PDF) was issued on ethics issues that law firms should take into account when they outsource work in the United States or overseas.

But the working group chair and one of the commission co-chairs say it is too early in the process to assume that the discussion draft reflects the commission’s final position on the outsourcing issue.

“We’re in an outreach mode of soliciting public comment,” says Kathryn A. Oberly, a judge on the District of Columbia Court of Appeals who chairs the outsourcing working group. “It’s a draft proposal, but we’re not wedded to it. The point of our draft is to get comments from anybody and everybody who wants to comment on it. We’ll see what people have to say.”

The commission will accept comments on the outsourcing discussion draft through January. After that, the working group will review it before preparing a final version for the full commission’s consideration. If policy action is necessary, recommendations would be submitted to the ABA’s policymaking House of Delegates.

That will be the pattern for all discussion drafts being prepared by the working groups, says commission co-chair Jamie S. Gore lick, a partner at Wilmer Cutler Pickering Hale and Dorr in Washing ton, D.C. The discussion drafts, she says, “are designed to provoke—to provoke discussion, comment and debate.”

Gorelick says the commission is likely to submit most of its recommendations to the House during 2012. (The commission’s other co-chair is Michael Traynor of Berkeley, Calif., a past president of the American Law Institute.)

In terms of substance, the outsourcing discussion draft proposes no dramatic changes in the ABA Model Rules of Professional Conduct to account for the growing use of the practice by U.S. firms. But the draft contains revised comments to three rules recognizing that lawyers may outsource work as long as they take reasonable steps to ensure that the work is performed in accordance with ethics standards for U.S. lawyers. (The Model Rules are the direct basis for lawyer ethics codes in every state except California.)

Some critics of outsourcing are concerned that a 2008 ABA ethics opinion already opened the door to more use of outsourcing by U.S. law firms. In Formal Ethics Opinion 08-451 (issued Aug. 5, 2008), the Standing Committee on Ethics and Professional Responsibility concluded that there is nothing inherently unethical about outsourcing services if the outsourcing lawyer ensures that those services are rendered with an appropriate level of legal skill, thoroughness and preparation.

The discussion draft doesn’t find inherent ethics barriers to outsourcing either, but it acknowledges concerns about the practice.

“The commission was particularly sensitive to the current employment market for lawyers and the economic hardships faced by those lawyers currently seeking jobs, particularly young lawyers,” states the draft. “The changes to the Comments to Rules 1.1, 5.3 and 5.5 of the Model Rules of Professional Conduct recommended herein constitute neither endorsement nor rejection of the practice of outsourcing by lawyers and law firms. Rather, they are an important and direct response to the existence and growth of outsourcing practices, intended to help lawyers engaging in the practice to do so ethically and responsibly.”

The initial approach to outsourcing also may be appropriate for other issues the commission is studying, Gorelick says. “We have a set of principle-based Model Rules,” she says, “so in many instances it might be the commentary that needs adjusting to explain how those principles apply.”