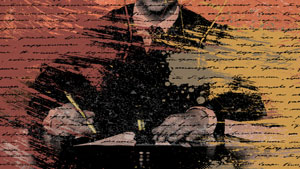 Judges may send letters to state bar associations encouraging lawyers to do pro bono work without fearing that those letters may seem to be coercive, according to a recent ethics opinion from the ABA’s Standing Committee on Ethics and Professional Responsibility.

Formal Opinion 470 (PDF), released in May, interprets Rule 3.7(B) of the Model Code of Judicial Conduct, which says that “a judge may encourage lawyers to provide pro bono publico legal services.” Lawyers should aspire to perform at least 50 hours of pro bono work per year, according to the ABA Model Rules of Professional Conduct (Rule 6.1).

The opinion seeks to explain Comment 5 to Rule 3.7, under which judges may encourage lawyers to engage in pro bono service so long as the judge does not use coercion. Such forms of encouragement may include “providing lists of available programs, training lawyers to do pro bono publico legal work, and participating in events recognizing lawyers who have done pro bono publico work.”

The opinion recognizes that the list of examples in Comment 5 is illustrative, not exhaustive. The opinion also determines that a judge may send encouraging letters about pro bono to attorneys.

A NUDGE OF ENCOURAGEMENT

A judge’s letter encouraging lawyers to perform pro bono work would not violate other provisions of the Model Code, the opinion states, including those about extrajudicial activities in general (Rule 3.1), avoiding abuse of the prestige of the judicial office (Rule 1.3), or external influences on judicial conduct (Rule 2.4).

Ethics experts agree with the opinion’s interpretation of Rule 3.7(B) and its conclusion permitting judges to send letters encouraging lawyers’ pro bono activities.

“I think this interpretation is clearly correct,” says Deborah Rhode, who teaches at Stanford Law School. “Since the judge won’t know who responds, the letter should not be viewed as coercive. The judge should be commended.”

“The result is mostly unsurprising in light of Model Code Rule 3.7(B), which was added in 2007, and permits judges to ‘encourage lawyers to provide pro bono publico legal services,’ ” says ethics counsel Keith Swisher of Phoenix.

“A judge must stay neutral in terms of adjudication of disputes,” says Judith A. McMorrow, who teaches professional responsibility at Boston College Law School. “But it is very important that a judge not be neutral about how to improve the administration of justice,” she says.

“It is a shame that we do not see civil legal services as a public good to which rich and poor alike should have access, particularly in our rule of law society,” McMorrow adds. “So we need to be concerned about this flaw. To urge lawyers to provide pro bono services to underserved communities is a recognition that lawyers improve the accuracy and justice of legal proceedings.”

She asks: “How perverse would it be if we were to say that judges cannot urge that lawyers consider pro bono service as a way to improve access to justice?”

Several state ethics opinions, including those of Alabama, Florida, Maryland and Texas, have reached similar findings. Others have reasoned that a judge may send a general letter encouraging pro bono activities, but not refer lawyers to a particular pro bono program.

According to the opinion, “Although the Model Code of Judicial Conduct does not define coercion or coercive practices, to coerce generally means to make or to get someone to perform some action by using force or threats.” The opinion explains that the “totality of the facts” should be examined to determine whether a judge’s actions cross the line into coercion.

However, the committee wrote that it “can foresee facts under which a letter from a judge urging a lawyer to perform pro bono legal services could be viewed as coercive by a reasonable person.” For example, the committee says, judges should consider the number of lawyers who receive the letter, the number of judges in the juris-diction, whether the letter is a personalized correspondence or general letter, whether there will be any “post-letter monitoring” and the letter’s tone.

While appreciating the committee’s thoroughness in addressing the question of coercion, several ethics authorities say they believe that judicial activity encouraging pro bono activities should be lauded.

“I suppose the letter could be written in a coercive fashion if it threatened lawyers with adverse consequences if they did not participate in pro bono, but given the facts that were under consideration, the situation described was not in any sense coercive,” says Leslie Levin, who teaches legal ethics at the University of Connecticut School of Law.

“I think the examples of what might be coercive were overstated,” she adds. “The opinion mentions a concern about coercion if smaller groups of lawyers were sent a letter encouraging pro bono. Lawyers are not usually a timid group or easily coerced. I think that even if a judge sent a letter to a smaller group of lawyers, this would not rise to the level of coercion unless there was some implicit threat or suggestion that there would be adverse consequences if they did not participate in pro bono.”

Swisher says that “although it is not invariably coercive or otherwise problematic to ask a competent lawyer to take a pro bono case, extreme examples include demanding from the bench that a lawyer accept pro bono work—although a judge generally does have a power of appointment in certain cases—or informing or even implying that the lawyer or the lawyer’s client will suffer some form of retaliation should the lawyer fail to rise to the pro bono calling.”

“Coercion is a concern if it appears that the judge would have hostility, or a reasonable lawyer would fear a hostile judge, if the lawyer declined to provide pro bono services,” McMorrow says. “The caveats at the end of the opinion reflect that concern. If anything, I think it is particularly cautious. I am not sure it is coercive if a judge were to write to me by name and say, ‘Dear Judy: Have you considered pro bono service? It is incredibly important in our administration of justice. Here are some links.’ We must have judges urging access to justice not just in bland pronouncements or neutral tones. It is essential to the integrity of our system.”

The committee also recognizes that Rule 3.7(B) is consonant with a judge’s duties under Rule 1.2, which includes “promot[ing] access to justice for all.”