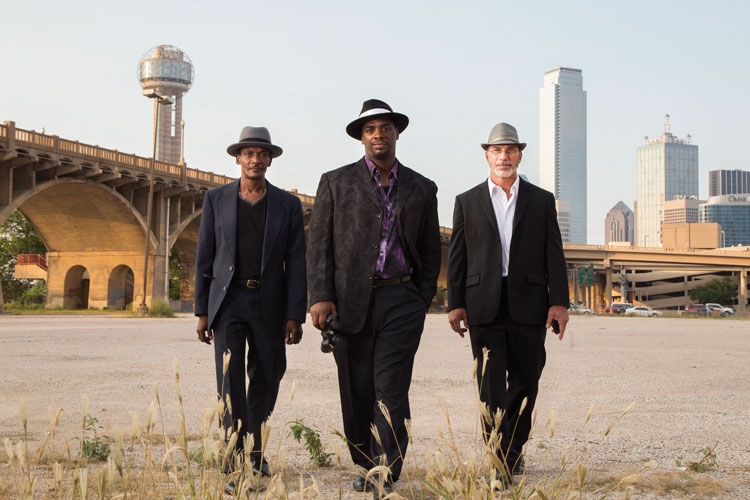 Christopher Scott served 12 years and seven months in a Texas prison for a murder he didn’t commit. During his time behind bars, Scott vowed if he ever got out he would dedicate his life to helping others in his position.

Scott was exonerated in 2009, after the actual perpetrator confessed to the crime. Walking out of prison gave Scott his freedom, his family and the chance to pursue his dream of assisting others who are wrongfully convicted.

“I was a brand-new baby again,” says Scott, recounting the day he became a free man. “Prison was an incubator. I couldn’t breathe or focus on life in there. So when I was freed, I had a big smile on my face knowing that after this I can make something good of my experience and do something worthwhile.”

The idea to start a “detective agency” that would investigate claims of innocence came to Scott while he was incarcerated. In 2011—two years after his release from the Coffield Unit in Tennessee Colony, Texas—Scott formed the House of Renewed Hope, a nonprofit organization that investigates the cases of inmates who say they’ve been wrongfully accused, with the goal of exoneration.

Two other exonerees, Johnnie Lindsey and Steven Phillips, who each served more than 20 years in prison, partnered with Scott at the House of Renewed Hope. (Lindsey died earlier this year.) Funded by donations,the group receives hundreds of requests for assistance per week and works full time on at least four cases at once.

The True Conviction documentary shares the stories of the three exonerated men and follows them for five years as they pursue their quest to free others. The film focuses on two cases they worked on, including the conviction of Isaiah Hill, who was sentenced to life in prison on aggravated assault charges after refusing a plea bargain. With the help of Scott’s group, Hill was paroled in 2016.

According to Meltzer, it was necessary to follow Scott and his partners for a few years to build a dramatic and compelling story around the trio’s daily lives and investigations.

“I was most struck by the lack of bitterness and the desire to turn their tragic experience into something meaningful—that’s what the detective agency represented,” says Meltzer, describing the first time he visited Scott at a group therapy session for exonerees.

“Once I had that feeling sitting in that room, being surprised by how positive they were and how passionate they were about effecting change, that really inspired me to go along for the ride to make this film.”