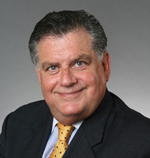 Lewis B. Freeman was for decades the go-to guy for failed or defrauded companies in receivership in South Florida. He was even dubbed the “financial Sherlock Holmes” by the Miami Herald for his relentless investigations and forensic accounting skills.

Yet on March 10 in Miami’s federal court, Freeman pleaded guilty to one count of conspiracy to commit mail fraud for pilfering at least $2.6 million after shuffling money from various accounts and misappropriating $6 million.

Despite Freeman’s outward appearance of probity, the FBI began investigating his finances last fall, causing him to shut down his business. When federal prosecutors charged Freeman in February with stealing millions from court-appointed accounts, the news rocked the legal and financial worlds of South Florida, which were already reeling from the aftershocks of billion-dollar Ponzi-scheme pros like Bernie Madoff and Scott Rothstein.

While Madoff and Rothstein are almost universally reviled, Freeman retains the respect and sympathy of lawyers and judges alike. From the start, Freeman has cooperated with authorities.

But what also sets him apart is that he was put in a position of trust by the courts and violated that trust by stealing from the very people he was supposed to protect—something business and bankruptcy experts say could be a first.

“This is the first instance that I’ve ever run into, and I’ve been a bankruptcy trustee for 25 years,” says Kenneth A. Welt, the Hollywood, Fla., attorney who is handling the receivership of Lewis B. Freeman & Partners. “Never saw it before. I think that’s a good thing.”

“I read the legal press every day,” says Freivogel. “I look for cases like this, and I cannot remember in 20 years reading about a receiver appointed by a court taking or embezzling funds.”

when pleading guilty, freeman admitted to writing some 162 unauthorized checks from fiduciary accounts under his control and misappropriating $6 million between June 2000 and August 2009. Taking into account money he was owed for his services and what he paid back, he still owes $2.6 million.

Freeman was able to cover his tracks for so long, prosecutors say, because he and two of his employees who are still being investigated allegedly wrote false financial reports to deliberately mislead the courts.

“Freeman’s scheme fell apart when several courts ordered him to make distributions on fiduciary matters, and Freeman was unable to do so because he had stolen too much money from the fiduciary accounts,” Assistant U.S. Attorney Andrew K. Levi told the court after Freeman allocuted. “In a desperate attempt to make up some of the shortfalls, Freeman borrowed over $1 million from friends and family, but ultimately this was not enough to make up for all the deficiencies his thefts had created.”

Levi listed several instances of theft: More than $1 million from Unique Gems by writing 76 unauthorized checks, more than $2 million in 22 unauthorized checks from Professional Resources Systems International Inc., and more than $470,000 from the Pacific Forest fiduciary account he oversaw as a liquidating trustee.

U.S. Bankruptcy Judge A. Jay Cristol had appointed him to the Pacific Forest case. Cristol would see Freeman at University of Miami events and speaks fondly of him, calling his fall from grace “an unimaginable, terrible tragedy.”

It remains unclear what will happen to victims of Freeman’s fraud. Authorities are still working out the exact amount owed and to whom. Freeman held several fidelity bonds that may cover the loss, says his defense attorney, Joseph DeMaria, a partner at the Miami firm of Tew Cardenas.

But unlike Rothstein with his Rolls-Royce and yachts or Madoff with his homes in Palm Beach and Manhattan, Freeman appears to be a poor cousin who lived in the same home for 28 years and drove leased vehicles.

“No doubt he lived beyond his means,” DeMaria says. “We’re not talking about King Farouk, but his kids were in private school and he took ski vacations.”

Freeman faces a maximum of 20 years and $5.2 million in fines, but sources familiar with the case believe it’s more likely he will receive a 14-year term and be ordered to pay restitution to the victims rather than a fine when sentencing takes place before U.S. District Judge Paul C. Huck.