Federal Circuit gets reined in over patent fees in infringement suits 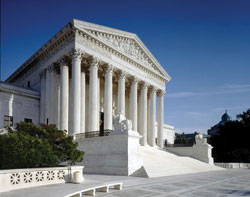 The U.S. Supreme Court under Chief Justice John G. Roberts Jr. is divided on many issues, but not when it comes to patents. In that area of the law, the court has spoken largely with one voice in recent years, and it has repeatedly pronounced bad news for both patentees and the U.S. Court of Appeals for the Federal Circuit. Again and again, the Supreme Court has overturned rigid Federal Circuit rules favoring patentees—the holders of patents—and replaced them with more flexible patent standards.

In two unanimous decisions issued April 29, the Supreme Court remained true to form, issuing major blows to “patent trolls,” businesses that produce no goods or services but derive revenue by licensing their patents to others and threatening to sue those who decline to purchase licenses.

Octane Fitness v. Icon Health and Fitness threw out a stiff standard by the Federal Circuit, which oversees patent appeals, that made it almost impossible for alleged infringers to win attorney fees when patentees assert frivolous infringement claims. The decision made fee-shifting much easier. And Highmark Inc. v. Allcare Health Management System made it harder for the Federal Circuit to overturn fee awards.

Fee-shifting is governed by Section 285 of the Patent Act, which states: “The court in exceptional cases may award reasonable attorney fees to the prevailing party.” The Federal Circuit, however, interpreted “exceptional” narrowly to allow fee-shifting only when the patentee’s infringement suit is “so unreasonable that no reasonable litigant could believe it would succeed” and the patentee knew its suit was unreasonable. In addition, the accused infringer had the steep burden of proving both of these elements by clear and convincing evidence.

All this made it “nearly impossible” for those wrongly accused of infringement to win attorney fees, says John L. Cuddihy, a partner in Ballard Spahr’s Washington, D.C., office. “I’ve been practicing patent litigation for almost 20 years, and I can think of only a handful of instances in which Section 285 motions were granted.”

In Octane Fitness, the Supreme Court threw out the Federal Circuit’s fee-shifting test, declaring it “unduly rigid” and saying that it encumbered district courts’ discretion over fees. The court replaced the test with a flexible fee-shifting standard used in other types of civil litigation. In the new standard, an “exceptional” case that allows fee-shifting is simply one that stands out from others in the weakness of a party’s litigating position, or in the unreasonable manner in which the case was litigated.

There is no “precise rule or formula” for deciding when a case is exceptional, the high court declared. The justices instead said that courts should consider “the totality of the circumstances” to decide whether a case is exceptional. The court also lowered the burden of proof for fee-shifting motions, replacing the clear-and-convincing standard with one that allows a preponderance of evidence to prove a case is exceptional.

As a result of these cases, patent trolls may no longer file dubious infringement suits without fear of consequences, secure in the knowledge that it is far cheaper for accused infringers to settle than to pay millions of dollars to dispute the charges in court. Now, accused infringers have a strong incentive to fight back because their legal costs may be paid by overly aggressive patentees. “This will reduce the number of frivolous patent infringement cases,” says Robert O. Lindefjeld, general counsel for Nantero Inc., based in Woburn, Massachusetts.

But these Supreme Court rulings will not end the problem of patent trolls. “Patent trolls will get smarter about their lawsuits and only assert meritorious suits,” says Lindefjeld, who chairs the ABA Section of Intellectual Property Law. “So long as there is money to be made from patents, there will be patent litigation.”

In the short term, there is likely to be confusion over when fee-shifting is appropriate. “District courts will have trouble determining, for instance, who is a prevailing party,” Cuddihy says. “Suppose a patentee sues on three patents and asserts infringement of three claims under each patent. If a jury determines there is infringement of only one claim of one patent, can the defendant successfully bring a Section 285 motion?”

District courts could also apply different standards for fee-shifting. “Under Highmark, we might see a fractured landscape,” Cuddihy says, “where one court might grant a Section 285 motion while another court in another district might deny it under the same set of facts.” 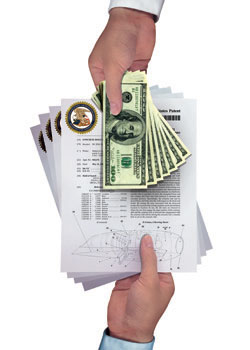 Octane Fitness and Highmark fit into a larger trend at the Supreme Court. The court has, over the last decade, decided an unusually large number of patent cases, almost always overruling the Federal Circuit, scrapping rigid legal standards, and making the law less accommodating for patentees.

“It is significant that both Octane Fitness and Highmark were unanimous,” says Cuddihy, “that justices spanning the judicial spectrum agreed. It is a signal to the Federal Circuit that it needs to consider the guidance of the Supreme Court and be less rigid and formalistic in interpreting the rules for patent litigation.”

Other experts note that repeated reversals of the Federal Circuit are to be expected, given the court’s role in overseeing patent appeals. “The only reason the Supreme Court will take up a Federal Circuit case is if the Supreme Court thinks the case should be reversed. That’s not true in cases from other circuits, where the Supreme Court often takes cases to resolve a circuit split,” says Heath W. Hoglund, chief patent counsel of San Francisco-based Dolby Laboratories and chair of the Patents Division of the ABA Intellectual Property Law Section.

Yet even taking that into account, there appear to be some important disagreements between the Supreme Court and the Federal Circuit. “The Federal Circuit seems to want to establish clear rules for district courts to follow. In its role as the court of appeals in patent cases, you can understand the court’s interest in doing that,” Hoglund says. “The Supreme Court, however, values the right answer more than a clear rule.”

“A general anti-patent climate has been increasing in recent years,” Lindefjeld says. One reason is that many Internet and IT businesses see patents more as impediments than assets. Companies in these fields provide goods and services that involve hundreds of patents, and their technology usually has a short shelf life. Patents thus have only limited value for these firms.

Conversely, patents have become a major problem for these companies. They endure infringement suits from rivals seeking to stifle competition, and they are hit with a blizzard of infringement allegations from patent trolls seeking to make a quick buck.

Moreover, patent trolls have sued or threatened to sue a variety of companies around the nation, from large financial firms to motels to coffee shops. Many of these infringement allegations are based on dubious patents, but it is far cheaper to pay up than to vindicate one’s rights in court, which typically costs several million dollars.

As a result, many academics, businesses and government officials have declared that something must be done about patent trolls and a patent system that often stifles, rather than promotes, innovation and the economy. The Supreme Court seems to have heard this plea, but not the Federal Circuit.

This article originally appeared in the July 2014 issue of the ABA Journal with this headline: “Troll Alert: Federal Circuit gets reined in over patent fees in infringement suits.” The Web version of this article was updated July 15 to correct a typographical error in a caption.