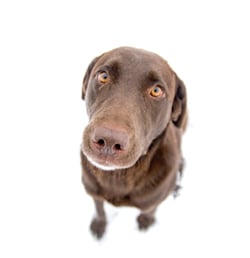 While many people treat pets like family members, courts take a different view. Pets are considered personal property, meaning Fido has the same status as a household appliance. So when a relationship sours, custody disputes involving pets can turn particularly contentious.

"There's no precedent," says Aleksandra Nejman, a Chicago-based animal custody mediator. "Even if you go to litigation, judges don't take it seriously and you're throwing money away arguing over a pet."

In an effort to avoid just this sort of problem, one U.K. family law attorney has created a prenuptial agreement for pet purchases. Pet Nup is a free download that covers ownership, responsibilities and rights in the event of a relationship breakdown, with the goal of keeping pet welfare at its heart.

"I took the law of contract, deeds of agreement, divorce settlements and consent orders and put that into the mix," says London lawyer Vanessa Lloyd Platt, who created Pet Nup. "The idea behind it was to make it as contractually binding as possible."

Nejman wishes she'd had a Pet Nup when she became caretaker of a boyfriend's dog in 2005. When they broke up six years later, he took off with her beloved Frankie. Despite demand letters and hopes for resolution, she never saw the dog again.

"I felt entitled to at least visitation," Nejman says. "But usually the person who has the pet is the person who ends up with [legal] possession. I would like to see the law changed— where animals are not property."

Valparaiso University law professor Rebecca Huss, a former chair of an ABA animal law committee, says Pet Nup-style agreements are a great idea, although it remains to be seen whether they would be enforced in court, particularly regarding issues of visitation or shared custody. Huss also cautions owners to consider the best interests of their animal, even if the courts don't utilize that standard.

"Is [joint custody] really a practical result, given the conflict between the humans?" Huss asks. "It may be that the pet will enjoy going back and forth between two houses, but on the other hand, it's just as likely to be disruptive to that animal."

This article originally appeared in the January 2015 issue of the ABA Journal with this headline: “Fighting over Fido: UK lawyer creates online prenup for pets.”