Bidding time: Firms are putting in more hours on requests for proposals 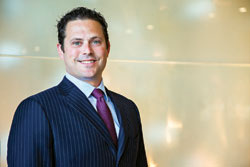 Law firms are spending an increasing amount of time responding to requests for proposals. How much time is still a matter of conjecture, but a LexisNexis survey of more than 350 law firms found 42 percent reported a year-over-year increase in the volume of RFPs and similar proposals to which they were invited to respond.

More than half of law firms surveyed indicated they spend north of 20 hours on average responding to each RFP, with 15 percent of firms responding to more than 21 requests a month. The average time spent on each RFP ranged from 19.6 hours to 25 hours.

LexisNexis also noted that 146 of 359 survey participants indicated they simply do not know the level of RFP activity at their firms. Accordingly, the study’s findings are based on responses from the remaining 213 participants.

“I believe there are more RFPs and other competitive bidding situations,” says Bryan Wick, a founding partner at Dallas-based Wick Phillips Gould & Martin, which has about 30 lawyers and specializes in commercial law. And “more clients are asking for proposed budgets on matters. Clients want to have a better understanding of the costs going into the matter.”

But at intellectual property firm Fish & Richardson, Ann Cathcart Chaplin, practice group leader of the firm’s litigation group, says she has not seen a recent increase in RFPs. She adds that responding to RFPs and proposals accounts for only about 10 percent of engagements, and the vast majority of the firm’s work is a result of “a less formal process.”

Though Chaplin declines to estimate how much time Fish & Richardson puts into RFPs, she says, “We put a lot of work into it.” The firm’s marketing group works with a litigation pricing group to assemble a budget, either hourly or an “alternative fee approach.”

The LexisNexis study found that smaller firms tend to spend less time responding to RFPs than large firms, with a burn estimate of 1,175 hours a year, while BigLaw could be spending as much as 4,800 hours a year. The study suggests many firms lack a systematic approach to tracking their spending on RFPs.

In at least one instance, Chaplin says, the firm was asked to respond using a Web-based tool that crashed. “It’s much easier if we can email the proposal and go from there,” she adds. “We try to submit in a manner that works for the client, but sometimes technology gets in the way.”

Robert Wild, a founding partner and chairman of Great Neck, N.Y-based Garfunkel Wild, says his firm’s specialty in health care is particularly suited to RFPs and proposals, though the firm doesn’t keep statistics on the number of RFPs it receives. “There might be a merger between two hospitals or agencies, or work related to Obamacare, so not surprisingly you get RFPs,” Wild says.

But RFPs might also serve to vet firms on their credentials rather than just costs, Wild explains, especially in the health care field. There, an entity might be going through a complicated reorganization or bankruptcy and credentials in the specialty would be key.

Cost also is a factor.

“A lot of it has to do with trying to keep prices down, defined as a price range, a cap, a blended rate, a not-to-exceed rate,” he says. “It’s credentials and the cost. Why else are they doing it?”

“Clients are more sophisticated,” Wild concludes. “There has been a significant proliferation of in-house counsel. They are more cost-conscious, and know how the system works.”