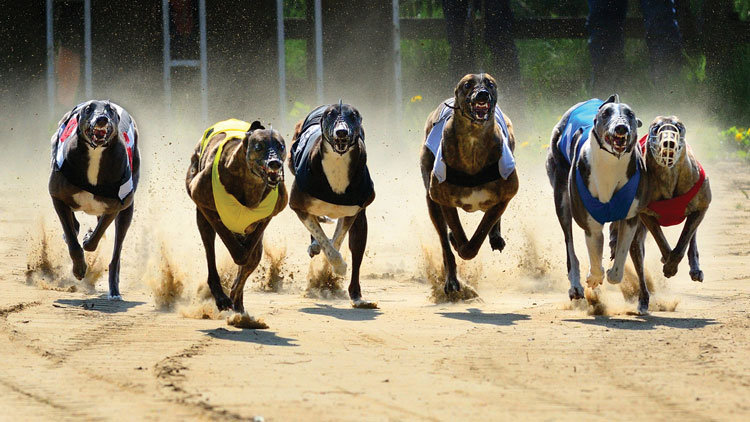 Greyhound racing, which has been in decline for decades, is now illegal in 40 states, plus the U.S. territory of Guam. There are 18 dog racing tracks that still operate in the country, with 12 of them in Florida. But it’s not because folks in the Sunshine State are particularly fond of the sport.

Attendance at Florida dog races is down. The advocacy group Grey2K USA Worldwide notes that paid attendance from 2007 to 2016 declined by 85 percent, while wagering was down by 50 percent, according to figures from state regulators. Betting, likewise, was down by more than one-third from 2004 to 2010, while tax revenue collected between 2001 and 2012 decreased by 79 percent.

Some greyhound track owners say they are losing money year after year—while also facing mounting pressure to shut down from advocates and an animal-loving public concerned about allegations of cruelty toward an estimated 8,000 racing dogs in Florida. Among the allegations are frequent serious injuries and deaths, as well as dogs being confined to small cages for much of the day.

But a legal quirk keeps Florida dogs running: The law allows greyhound track owners to provide more remunerative activities such as poker or slots—as along as they also keep running the dogs. Animal advocates and some track owners are looking to have this law scrapped—while an odd mix of allies on the other side fights to keep the dog races going.

“The problem with this is greyhounds are the ones who are really suffering,” says Christine Dorchak, president and general counsel at Grey2K.

BIRTH OF A SPORT

After about a decade of illicit operation, Florida became the first state to legalize greyhound racing in 1931. Legal, licensed dog racing was launched as a Great Depression-era scheme to raise money for the state coffers; a tax was taken out of all bets. Although by some accounts, because most people didn’t have extra money during this period, the state brought in less money than it had hoped for—at least at the beginning.

That first year, according to the first annual report of the State Racing Commission of Florida, 870,392 people attended the six dog tracks then in operation—a remarkable number, given that Florida’s population at the time was about 1.5 million. Bettors put down $7.92 million that year, which brought in $333,429 for the state.

At its height three decades ago, greyhound racing had gotten far more lucrative. In fiscal year 1988, the total handle—the aggregate amount of bets taken—for dog racing in Florida was $1.02 billion, according to the state’s yearly report. It brought in $80.59 million in taxes for the state.

By contrast, in fiscal year 2016—the last for which numbers are available—wagering on greyhound races amounted to $239.92 million. The state got $2.85 million in taxes and fees. Meanwhile, the track owners were losing a collective $35 million in fiscal year 2012, according to a study by the Florida legislature.

With interest in dog racing declining, track owners looked for new sources of profit. In 1997, the Florida legislature passed a so-called coupling law that allowed them—as well as horse racing tracks and jai alai courts—to open the more lucrative card rooms or slots so long as they maintained their previous activities. In the case of greyhounds, they were required to hold 90 percent of the dog races they’d previously held.

“It’s a lot of races, and it’s a lot of dogs that are being bred merely to run around a track with no one watching,” says Dana Young, a Republican member of the Florida Senate.

In 2011, when Young was a new member of the Florida House of Representatives, she introduced a bill that would decouple greyhound racing from slots. She says she was inspired by a mix of animal welfare concerns and belief in the free market.

“These numbers make it abundantly clear the public interest is waning,” she said at the time. “For us to create a false market for the dog breeding product at the expense of taxpayers simply makes no sense.”

That bill was supported by animal welfare advocates and some track owners. It was opposed by people who don’t want gambling to expand in the state, including owners of already-existing casinos seeking to stave off competition; Disney, which publicly opposes casino expansion on the grounds that gambling interferes with Florida’s reputation for family-friendliness; and, of course, the greyhound industry.

After it passed in the House and Senate, the bill died when the two houses “failed to resolve minor differences,” according to a Sun Sentinel commentary from 2016.

This article was published in the January 2018 issue of the ABA Journal with the title "Racing for Profits: Legal quirk allows struggling greyhound tracks to boost income with other types of gambling."