Forecast Cloudy: No Easy Answers for Lawyers Who Come into Possession of Evidence in Criminal Cases 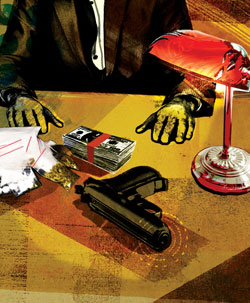 When Loretta M. Lillios was preparing to moderate a recent program on what lawyers should do when they come into possession of evidence, she described the hypotheticals that the panelists would use to discuss how lawyers should decide what to do with guns, merchandise, cash, memos and other evidence of possible crimes. After listening a bit, her daughter said, “You guys haven’t figured this out yet?”

If only. But the conclusion of Lillios, who is chief legal counsel to Gerry Leone, the district attorney for Middlesex County outside of Boston, and the panelists at an ABA webinar in early October was that responsibility for physical objects with relevance to a pending or foreseeable criminal case that come into a lawyer’s possession is an issue that the law has not resolved.

(The webinar was a reprise of a program featuring the same panelists in May at the ABA National Conference on Professional Responsibility in Boston.)

“The law has not been seamless and, indeed, is something of a mess in this area,” said panelist Stephen Gillers, a professor at New York University School of Law whose primary focus is regulation of the legal profession. He is a member of the ABA Commission on Ethics 20/20, which is studying the impact of technology and globalization on regulation of lawyers in the United States.

Gillers published an in-depth article about a lawyer’s responsibility for real evidence that appeared in the April 2011 issue of the Stanford Law Review. Gillers opens the article by explaining that his interest in the issue was prompted by curiosity about what advice President Richard Nixon received about his duty to preserve White House tapes—“surely the most consequential piece of real evidence in all of American history,” notes Gillers—once the Watergate investigation by Congress was under way. As it turned out, the “team” of lawyers who researched this crucial question was made up of Leonard Garment, Nixon’s former law partner who had joined the White House staff, and one other staff lawyer. “Garment then advised Nixon, correctly in my view, that destroying the tapes would probably be a crime.”

THE GUN ON THE DESK

But even a question of such historic import doesn’t necessarily out-complicate the quandary a lawyer might face when, for example, a client shows up at the office, puts a gun on the lawyer’s desk, and says, “I killed Max. With this.”

“These questions create serious dilemmas for lawyers,” writes Gillers in the Stanford Law Review. “Answers may require us to reconcile as many as seven interests: the client’s right to the loyalty and confidential advice of counsel; the attorney-client privilege; the client’s Fifth and Sixth Amendment rights; the lawyer’s need to avoid criminal prosecution and professional discipline; the state’s interest in prosecuting crime; the right of the owner of stolen property to its return; and public safety.”

Court opinions and other authorities are not much help in sorting through the issues, Gillers notes. “I have learned that it is impossible to make sense of those authorities,” he writes in his article. “Rulings are confusing and inconsistent, ignore constitutional or other rights, impede return of stolen property and endanger the public.”

Professional conduct rules aren’t much help, either. Rule 3.4 of the ABA Model Rules of Professional Conduct, for instance, states that a lawyer “shall not unlawfully obstruct another party’s access to evidence or unlawfully alter, destroy or conceal a document or other material having potential evidentiary value.” The rule also prohibits a lawyer from counseling or assisting another person to commit such an act. (The Model Rules are the direct basis for ethics standards in every state except California, whose rules follow a different format.)

But Model Rule 3.4 is of limited value, Lillios said, because its reliance on what is “unlawful” in various jurisdictions gives it uncertain meaning as an ethics standard. She pointed to the District of Columbia’s variation on Rule 3.4 as an alternative approach that describes a lawyer’s obligations in a more direct way.

The courts, meanwhile, have tended to focus too much on another aspect of lawyer conduct. “Courts have focused on the wrong question,” Gillers writes. “They have asked an easy one: Does the attorney-client or other privilege protect the real evidence—the thing itself? The answer is no. Courts then assume that a lawyer’s duty to deliver the object to authorities should necessarily follow. That is a mistake. We must first ask whether mandated delivery jeopardizes the client’s rights, the return of stolen property or public safety. If so, we must ask whether we can protect each interest without harming law enforcement.” 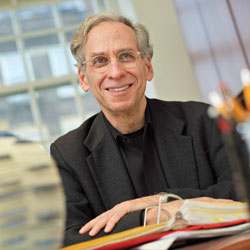 Photo of Stephen Gillers courtesy of NYU School of Law.

Gillers proposes in his article that three premises should be applied to identify a lawyer’s duty with regard to real evidence:

• First, the premise of no harm to the client posits that a client should not be worse off because the lawyer has received an object with evidentiary value or has learned its location.

• The second premise of no harm to the state is that the state (prosecution) should not be worse off because the lawyer has received or retrieved an object with evidentiary value.

• The third premise, Gillers states, is that “when it is not possible to honor both premises, the client’s interests should prevail, but only if the lawyer’s possession of the object serves a legitimate goal of legal representation or other public policy. Even then, harm to the state can and should be minimized. The two public policies I have in mind are public safety and return of stolen property. We can call the third premise the reconciliation premise.”

But Gillers’ formula didn’t go quite far enough for panelist Peter B. Krupp. “My interest is not the public interest,” said Krupp, a founding partner of Lurie & Krupp in Boston and a member of the board of directors of the Massachusetts Association of Criminal Defense Lawyers. “My interest is my client. I’m loath to hurt my client for coming in to share something with me. I’m reticent to turn lawyer against client in any way.” But Krupp cautioned against taking evidence to keep it from being detected. “That’s sort of the line I’m drawing,” he said.