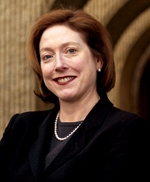 When she joined Quinn Emanuel Ur­quhart Oliver & Hedges two years ago, former Stanford Law School dean Kath­leen M. Sullivan had a straight­forward mandate: Build the firm’s U.S. Supreme Court practice. As with other firms, Quinn Emanuel has found an effective way to get its name out—file an amicus curiae brief.

But the Supreme Court is accepting fewer appeals, even as more law firms look to establish a presence there, both for recruiting and business development. (See “High and Mighty,” ABA Journal, June 2006.) The decrease in cert grants, lawyers say, coupled with the increase in practice groups, has led to a new emphasis on amicus brief filings.

“With the shrinking docket, there are too many Supreme Court lawyers chasing too few cases on the merits,” says Sullivan, who still teaches and heads Stanford’s Constitutional Law Center. “So, many of us who have strong interests in the cases find ways to contribute by filing amicus briefs.”

The result has been a proliferation of amicus brief filings in business law cases, lawyers say, particularly in antitrust and intellectual property law. Firms find amicus briefs a valuable lure for wealthy corporate clients. Although the firms charge clients for most briefs, some are done gratis for the marketing benefits.

“We’re certainly hopeful that an amicus brief is a basis for future work on matters, but it’s not a condition of doing a brief,” Sullivan says. She stresses that the amicus work keeps Quinn Eman­uel in touch with other high court practitioners and helps provide future referrals.

This term’s marquee securities law case, Stoneridge Investment v. Scientific-Atlanta Inc., No. 06-43, is an example. The case, scheduled for argument in October, asks the court whether third parties can be liable for assisting a company’s wrongdoing. At least 30 briefs were filed, among them Sullivan’s—which was written free on behalf of the Nasdaq Stock Market Inc. and NYSE Euronext, a global stock exchange.

“This is not a high-profit law practice,” says Sullivan, who recently moved to New York City to help boost the firm’s practice there. “We really do think of it as a way of helping the court.”

“It’s been interesting to watch the changes over the years,” says Phillips, managing partner of Sidley Austin’s D.C. office. Previously, he says, it wasn’t unusual for a petition to have no friend-of-the-court filings, while high-profile matters might have a handful.

“The situation now is there is virtually no case that doesn’t have amicus briefs, and sometimes the number of briefs is breathtaking,” he adds. Phillips estimates that his firm is involved in 25 percent of the appeals the court grants. “It’s always helpful for visibility,” he says.

The Supreme Court doesn’t keep statistics on the number of amicus briefs. But figures compiled by Akin Gump Strauss Hauer & Feld on amicus filings before the granting of cert show a sharp calendar-year increase—from 258 during 2004 to 353 in 2005 and 333 in 2006. And in some individual cases—especially those involving politically charged issues—court practitioners say more amicus briefs are being filed than ever before.

For example, Grutter v. Bollinger, 539 U.S. 306, the 2003 opinion that upheld a University of Michigan plan that considers race in law school admission, saw 44 amicus briefs, including those from the likes of Exxon Mobil, General Motors and IBM.

In the early 1900s, there were few if any amicus briefs on Supreme Court cases, says Stras, who clerked for Jus­tice Clarence Thomas. “They just didn’t exist,” he says.

Stras also works on amicus briefs, usually as an editor. His fees depend on the matter, but he says that on average he charges $350 an hour to review the work.

For law firms, Stras says, amicus brief work might lead to a merit brief assignment down the road. Also, he believes that, in some instances, the Supreme Court can be persuaded to grant cert on appeals with numerous amicus briefs.

The coordination of the amicus briefs, ­particularly in big business cases, has become much more system­atic, says Sullivan. She uses the term amicus wrangler to describe the job of finding lawyers to write the briefs and organizing their work.

Sullivan mentions a 2005 case, for which she was counsel of record, that challenged bans of direct wine shipments to out-of-state consumers. While she handled the matter with Kenneth W. Starr, an ex-solicitor general who is dean of Pepperdine Law School and of counsel at Kirkland & Ellis in Los Angeles, the two recruited lawyers to file amicus briefs for the appeal, which they won. Granholm v. Heald, 544 U.S. 460.

“We urged our friends to cover specific topics that added value to the merits,” Sullivan says. “One laid out the history, and another laid out alternative regulations for wine shipment, showing how to protect minors and collect taxes.”

Clients also rely on lawyers for supreme court connections. Phillips, who draws on his past in gov­ernment, says he has been asked to line up states for amicus brief submissions.

“If a client is interested in having us reach out to the solicitor general to weigh in on a particular case, I’ll make a call,” Phillips says.

His fees vary. “It depends on the importance of the issue, how difficult the question is and how much work will be done,” Phillips says. “There are some briefs that are pretty inexpensive.”

Thomas C. Goldstein, who heads the Supreme Court practice at Akin Gump in Washington, D.C., says the cost of amicus briefs to clients can depend on a variety of issues. In Stoneridge, for instance, some amicus briefs were pro bono, while others may have cost as much as $100,000, he says.

“It can vary dramatically, based on who the lawyer is and who the client is,” Goldstein says, adding that if you see the name of a high-profile Supreme Court lawyer on an amicus brief, it probably wasn’t cheap.

In Goldstein’s case, commercial clients are generally charged the firm’s full rate. But instead of billing by the hour, Goldstein says, the firm usually works out a fixed fee for amicus brief work.

“It’s pretty unlikely a firm will do an amicus brief com­pletely pro bono, because they don’t want to set a pre­cedent,” says Goldstein, who oversees SCOTUS Blog. “You don’t want a case where commercial interests expect to get free legal representation.”

About three dozen U.S. law firms are trying to set up Supreme Court practices, Goldstein says, but fewer than 10 actually have established them. He adds that even the most respected of these practice groups don’t generate substantial profits for firms.

“It’s more about having the practice than the revenue the practice generates,” he says. “It shows the firm’s ability to operate at a very high level.”

In "Friends of the Court Are Friends of Mine," November, 2007, the counsel of record for Granholm v. Heald was incorrectly identified. James Alexander Tanford and Robert D. Epstein brought the case to the U.S. Supreme Court. Kathleen Sullivan argued it. The Journal regrets the error.