'Good English' always has been a path to the legal profession 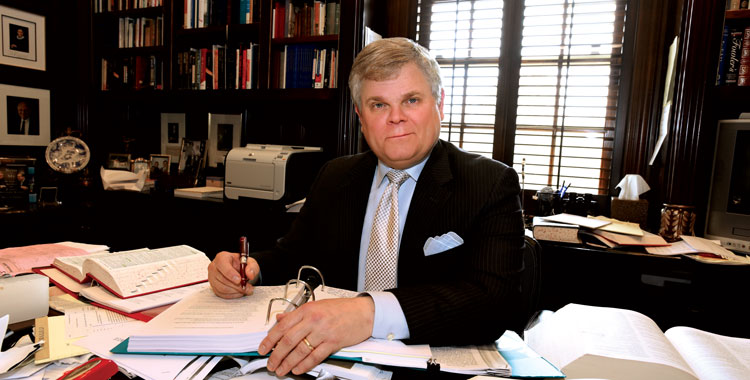 Should schoolchildren be taught standard English grammar? The traditional view, of course, is yes. The standard form of the language—sometimes referred to as standard written English—has been thought to have a leveling influence on society. In any English-speaking country, it characterizes what it is to be educated. It’s what lawyers learn. It’s available to everyone who cares to learn it, and it prevents people from being condemned to speak only the regional or class dialect into which they’re born. Most of us are born into some type of dialect.

The contrary position is we shouldn’t insist people learn standard written English. Instead, we should teach everyone to be tolerant of regional and class dialects—not just accents but dialects. An accent has to do with how you pronounce words. Dialect has to do with word choice and sentence construction. Saying schedule in the British as opposed to the American way is a question of accent. Saying it don’t make no difference is a question of dialect, the standard form being it doesn’t make any difference.

Historically, the standard form of any language involves questions of political might: The dialect of the powerful people in a given country becomes the standard form, whether we’re talking about English, French, Mandarin, Swahili, Thai or Vietnamese. The standard form of a language is always a “prestige dialect,” and most people don’t think of it as dialect at all (even though it really is one of several varieties). Literature grows up around the standard, and it becomes a sophisticated, nuanced means of communication.

Jane Hodson, a British English professor at the University of Sheffield, insists children shouldn’t be taught a standard language. In a May 2016 post on the Conversation website, Hodson claimed there is little purpose in learning standard English grammar. She acknowledged that formal grammar is necessary for formal writing and for improving one’s writing in a range of styles, but she argued that basic grammar is acquired from birth as an innate part of natural language and that “learning about grammar is about acquiring abstract terminology and a set of nitpicking (and occasionally outdated or simply invented) rules about ‘correct’ grammar.” All this, she says, discourages children’s interest in English. 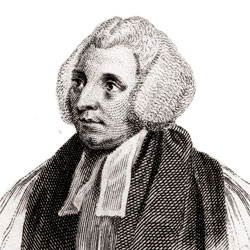 Robert Lowth: The principal design of a grammar of any language is to teach us to express ourselves with propriety in that language. Photo by Ken Welsh/Design Pics/Corbis via Getty Images

Such arguments have been on the rise since the 1950s, but now they’re really taking hold. Hodson attacked the 18th-century grammarian Robert Lowth for introducing “the idea that incorrect grammar was a terrible social stigma” when he wrote in his preface to Short Introduction to English Grammar, “The principal design of a grammar of any language is to teach us to express ourselves with propriety in that language.”

Lowth’s statement seems pretty anodyne, on the whole, especially for aspiring lawyers who seek to do well on the LSAT. That test requires analytical reasoning, reading comprehension and puzzle-solving skills—but it also has a writing section. It’s still thought to be a good predictor of success in law school on the whole, and so there’s no realistic replacement in sight.

But the basic debate is an important one for us all to consider, and maybe society is moving toward a middle position. On the one hand, we’re more tolerant than ever of linguistic differences, and people on the whole seem to accept dialectal differences. We hear them on television, and today (unlike decades ago), a TV debate in which someone overtly corrects another’s language is all but unthinkable. On the other hand, “good English” is something we admire upon encountering it. One telling point is that even the defenders of dialect mount their defenses in the pristine form of standard English.

Should we insist children learn standard English? As someone who has spent most of his career writing about standard English and what it entails, I think so—as you might well predict. It’s a pathway to the professions, and it always has been. I say that as someone who grew up speaking the regional dialect of the Texas Panhandle. But by age 16, I had learned standard English. Justice Clarence Thomas surmounted a greater obstacle: In an interview some years ago, he told me he hadn’t become comfortable with standard English until he was 21.

The perennial question is how to teach standard English without denigrating the speech of children’s parents. That demands of teachers a knowledge of language and dialect, a humane attitude toward young pupils and an ability to correct children in a way that doesn’t humiliate. It also demands a great deal of persistence and time.

Remember, though, that the lawyers of tomorrow are kids today.

The last time national standards were suggested for English grammar or usage was 1974. A University of Wisconsin linguist, Robert C. Pooley, had the backing of the National Council of Teachers of English when he wrote The Teaching of English Usage. He recommended a gradual approach to having students learn standard English.

In elementary school, children were to be taught to avoid ain’t; I don’t have no; improper uses of past-tense verbs (not he begun, he seen, he come, he drunk); improper uses of past participles (not have began, have saw, have went, have wrote); disagreement between subject and verb (not we was, you was, they was); improper uses of pronouns in the subject position (not him and me went, Jane and me saw); and nonstandard possessive pronouns (not hisself, theirselves). Teachers were to abstain from teaching nuances beyond these types of things.

In middle school, children were to be taught to avoid those same things but also improper pronouns in the object position (not please give it to Sarah or I or let him or I do it); nonstandard inflections or lack of inflections (not he ask me to do it); slightly nuanced problems in subject-verb agreement (not one of the books are lost); and double negatives (not I don’t have nothing to do).

In high school, the level of difficulty was to increase. Students were to learn a mastery of pronouns (I and we as subjects, me and us as objects); the correct use of common irregular verbs such as buy-bought-bought, drink-drank-drunk, see-saw-seen, sink-sank-sunk, take-took-taken; correct use of there is and there are according to whether the complement is singular or plural; the omission of at after where (never where is it at?); the distinction between good as adjective and well as adverb, as well as that of their antonyms (I played well, never I played good; I feel bad for him, never I feel badly for him).

The idea was that whatever the child might hear at home, school might be the means for inculcating standard English. Professor Pooley was sophisticated, though: He understood the best way to teach a child standard English is to arouse an ambition—a desire to be influential in the world. Without that desire, the teaching would never take root.

Did Pooley’s standards ever become established in American education? It’s hard to say they did. Since the book was published in 1974, the trend has been toward toleration and acceptance—and therefore discomfort with normative teaching of English. Whether this attitude amounts to progress or retrogression is a matter of debate. Whether it helps people along or hinders them is a matter yet to be known.

This article appeared in the June/July 2020 issue of the ABA Journal under the headline: “Standard English: Good or bad? ‘Good English’ always has been a path to the legal profession.”