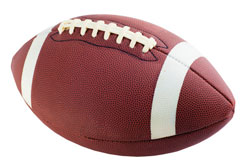 A few months ago our favorite grammar blog (we’re journalists, what do you expect?) asked readers their picks for the coolest word in the English language. That made us wonder: What’s your favorite legal word?

We asked some lawyers and law bloggers what their picks were.

In pari delicto, says New York City lawyer Josh Warren, who pens the ZombieLaw blog. “It’s a delicious legal phrase that literally means ‘in equal fault.’ It is a doctrine in equity related to the doctrine of unclean hands (think: Lady Macbeth or like a ‘pot calling a kettle black’). Judge Richard Posner even used the term evil zombies in Scholes v. Lehmann in 1995.

Deemed, votes Sullivan & Cromwell’s Frank Aquila. According to the Legal Rebel, deemed is a word that every lawyer uses, but few actually recognize the full import of what they are really saying. “When a lawyer says that one thing is deemed to be something else, the lawyer is essentially articulating a legal fiction. If it was not legal fiction it would not be deemed anything.”

Res judicata is Keith Jaasma’s favorite five-syllable term; qualified immunity is his favorite seven-syllable word. “I am still waiting for the elusive case in which I could use both in a haiku,” says Jaasma, who writes the Supreme Court Haiku Reporter blog.

“I’ve always liked the friendly ring of amicus brief,” says Kashmir Hill, who authors Forbes’ The Not-So Private Parts blog and is a former Above the Law blogger.

Hung jury was more useful when it came to cracking jokes at Above the Law, she quips.

Answer in the comments of this post with what your favorite legal word is, and check out other readers’ picks.

You say dissent, I say … “disagreeing with everyone.” —Chief Judge Alex Kozinski of the 9th U.S. Circuit Court of Appeals in Garfias-Rodriguez v. Holder, Oct. 19, 2012

A total of 37 states and the District of Columbia have laws related to autism and insurance coverage. Of those states, 31 require insurers to provide coverage for the treatment of autism.

According to a recent study, spam costs American consumers and businesses an estimated $20 billion a year while spammers’ gross worldwide annual revenue is approximately $200 million. —“The Economics of Spam,” Justin Rao and David Reiley, Journal of Economic Perspectives, Vol. 26, No. 3, Summer 2012

“I can’t tell you how many times I start to say something and realize halfway through: This is going to be on YouTube, isn’t it?” —NFL referee and Phoenix lawyer Ed Hochuli in Sports Illustrated, Oct. 8, 2012

Housecleaning? In-home dinner delivery? Cash gifts to new parents? Spending money for vacations? Those are just a few of the kinds of perks that Silicon Valley high-tech firms are doling out to employees these days, according to the New York Times. Sort of makes you wish you’d learned to code instead of learning the Constitution, right?

Tell us in the comments below what sort of perks your firm doles out, and read how ABAJournal.com readers answered this question in October.