Hearsay: Leader of the pack

Leader of the Pack 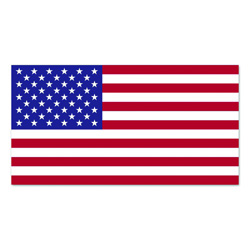 Source: Intellectual Property in the Next Technology Revolution: How Does the United States Stack Up? by McDermott Will & Emery, February 2013.

50% of pre-law students plan to use their law degree in a nontraditional legal job.

On any given day, 300 immigrants are held in solitary confinement at the country’s 50 largest Immigration and Customs Enforcement detention centers.

“Plaintiffs have outmaneuvered the legal system. They’ve discovered the nexus of antiquated copyright laws, paralyzing social stigma and unaffordable defense costs. And they exploit this anomaly by accusing individuals of illegally downloading a single pornographic video. … For these individuals, resistance is futile. … So now, copyright laws originally designed to compensate starving artists allow starving attorneys in this electronic-media era to plunder the citizenry.”

The average amount of time it takes Apple to help police unlock iPhones.

23% of Americans say they have had problems with their credit report. 68% of those have been able to correct them. 18% of people reporting problems were never able to get them corrected.

The U.S. Citizenship and Immigration Services hit the H-1B cap for the 2014 fiscal year within the first week of the filing period this year.

81% of people lied about themselves during job interviews.

Twitter is the most popular form of social media used by U.K. law firms, followed by Facebook and LinkedIn.

Up, Up and Away