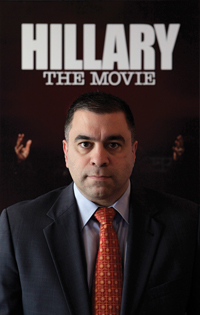 Hillary: The Movie might have been a box-office flop last year, but it may live on in legal legend as the story of how a small conservative group’s political attack video succeeded in vindicating the First Amendment and, in the process, helped to bring down the nation’s long-standing campaign finance laws.

But first Citizens United, the Washington, D.C.-based conservative group behind the movie, needs to win big in the U.S. Supreme Court. Its prospects brightened greatly over the summer when the justices announced they would hear a reargument of its case on Sept. 9 and focus on whether corporations have a free-speech right to spend their money to promote or attack candidates for state and federal office.

A win on that issue could reshape the law on money in politics.

Since 1907, Congress has prohibited corporations from giving money directly to federal candidates. And with the passage of the Taft-Hartley Act in 1947, corporations and unions were barred from spending their money to influence federal elections.

The theory behind these laws was that profit-making entities and powerful unions would have too much control over the government if they could use their war chests to elect their favored candidates to Congress. Many states adopted similar restrictions for state races.

But the principle behind these laws has been in conflict with the view that the First Amendment protects campaign speech from official regulation, including broadcast ads that attack a candidate for office. Five justices now voice the free-speech view, including Chief Justice John G. Roberts Jr. and Justice Samuel A. Alito Jr. Since their arrival on the bench, the future of all campaign funding measures has looked to be in some doubt. When a campaign funding law comes before the Roberts court, the only question seems to be whether the justices will rule narrowly to limit the provision being challenged or to declare the law itself broadly unconstitutional.

IS BOOK BANNING NEXT? 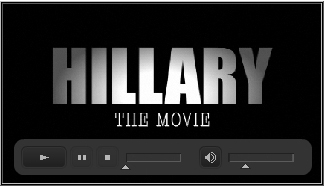 In March, when the justices first heard Citizens United v. Federal Election Commission, the government’s lawyer was put in the uncomfortable position of seeming to defend book banning in order to support the law banning the use of corporate treasury funds in electioneering ads.

Hillary: The Movie was a 90-minute video in which then-New York Sen. Hillary Rodham Clinton was derided as being ruthless, deceptive and power-hungry. At the time she also was seen by many as the likely Democratic nominee for president in 2008.

Though the movie had already run in some theaters, Citizens United founder David Bossie wanted to secure a wider audi­ence for it by promoting it and the DVD through television advertising. Bossie had in mind as a model Michael Moore’s Fahrenheit 9/11, the slashing documentary that mocked President George W. Bush as he campaigned for re-election in 2004.

Bossie’s group sued the FEC, hoping to shield itself from the regulatory reach of the McCain-Feingold Act, one provision of which forbids the broadcasting of corporate-funded “electioneering communications” that mention a candidate for office in the month before a primary or general election.

Since Clinton was running in numerous primaries, Hillary: The Movie might have run afoul of the law’s restrictions, including the requirement to disclose who paid for it. The case might well have focused narrowly on whether a movie produced by an ideological inter­est group should be covered by the provision designed to regulate corporate-paid ads on television. Instead, however, the argument focused on the theory behind the law.

During the March arguments, Alito at one point asked whether the government also could ban a corporate-funded book that attacked a candidate for office.

“That’s pretty incredible,” Alito said. Stewart stressed he was “not saying it could be banned,” but only agreeing that Congress “could prohibit the use of corporate treasury funds” to pay for campaign books that attacked a candidate.

The book-banning metaphor hung over the rest of the argument. The hangover apparently lasted in the court’s internal deliberations as well. Rather than rule on the case, the justices announced in late June that they would reconsider two campaign finance law precedents: Austin v. Michigan State Chamber of Commerce and McConnell v. FEC. The court had upheld laws in each case that prohibited corporate funding of campaign ads.

That announcement sent a jolt through the ranks of the reformers who had fought to limit the impact of money in politics. Six years ago, they had celebrated when the 5-4 ruling in the McConnell case upheld the McCain-Feingold Act.

“I think it would be an enormous change, and a disastrous one, if the court were to allow hundreds of millions of corporate dollars to flow into the campaign system,” says Trevor Potter, a former FEC chairman who was general counsel to Sen. John McCain’s presidential cam­paign. “It would change the way Washington works and head us back to the era when people referred to ‘the senator from Standard Oil.’ ”

Fred Wertheimer, president of Democracy 21, a Washington, D.C.-based interest group dedicated to campaign finance reform, said in a press release that the court is threatening to “take a radical step” that would undermine a century of law limiting corporate involvement in federal elections. “It would allow the immense wealth of corporations to drown out the voice of the American people,” he said.

But Bradley Smith, another former FEC chairman and now a law professor at Capital University in Colum­bus, Ohio, applauded the move to reconsider the limits on “independent expenditures” by corporations and unions. “For two decades, Austin has been the odd man out in the court’s campaign finance jurisprudence. It’s past time it got the boot,” said Smith in a statement. “This would not be the end of democracy. Most states allow independent expenditures by corporations,” he added.

This is one area of law where Justice Anthony M. Kennedy is not the swing vote. In Austin he dissented when the court upheld Michigan’s ban on corporate spending to influence state races, calling it a “censorship scheme.” Justice Thurgood Marshall had written the opinion for a 6-3 majority and stressed that corporations enjoy a “unique, state-conferred” legal structure that helps them “accumulate large amounts of wealth.” The only remaining member of that majority is Justice John Paul Stevens.

Justice Antonin Scalia dissented as well in Austin. In recent years, Justice Clarence Thomas has joined them in calling for Austin to be overruled.

The swing vote this time may be Roberts. In two earlier campaign funding rulings, he has favored a narrow, go-slow approach. However, he also referred to campaign ads as “pure political speech” and added that “the First Amend­ment requires us to err on the side of protecting speech rather than suppressing it.”

The last time the court scheduled an oral argument in September was to decide the constitutionality of the McCain-Feingold Act in the McConnell case. No doubt the timing of the elections played a role in scheduling an early argument. The justices hope to issue a decision before the end of the year, since congressional elections are to be held in 2010.

The September rehearing also creates a peculiar circumstance for Washington lawyer Theodore B. Olson. As solicitor general under Bush, Olson defended the McCain-Feingold Act as constitutional.

Now, as Citizen United’s lawyer, Olson broadly argues that the First Amendment protects campaign-related videos from regulation. He also says the court should overrule the Austin decision and make clear the government does not have the “power to suppress the political speech of corporations and labor unions.”

“In that job, you have a responsibility to make the government’s best case. It is not a personal thing. It’s the obligation you have in that position,” Olson says.

For her part, Kagan said in a brief that the court should rule modestly and narrowly on Hillary: The Movie and avoid the broader issue of whether profit-making corporations can broadcast election ads. “Overruling Austin and McConnell would fundamentally alter the legal rules governing corporations” dating back to at least 1947, she warned, “and would make vast sums of corporate money available for overt electioneering.”

David G. Savage writes about the Supreme Court for the Los Angeles Times and the Chicago Tribune.