How Low Will Pay Go? 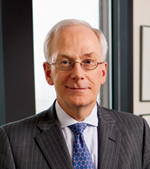 David Hooker says his firm didn’t cut associate salaries by $17,500 for the remainder of 2009 from a position of weakness. “We don’t believe we’re vulnerable or at risk,” says the Cleveland-based managing partner of Thompson Hine. “We did it to position ourselves for this economy and to be a long-term survivor.”

Thompson Hine’s as­­sociates do have a chance to earn back their vapor­ized income. Those who bill 1,750 hours can recover $7,500, and those who bill 1,900 hours have the chance to recapture the rest.

“We’re essentially saying that the assumptions on which compensation had been set—that associates would be busy and producing revenue—weren’t going to work in an economic downturn,” Hooker explains. “This was a way to reduce base pay and shift toward bonuses, allowing ourselves to reach success.”

Thompson Hine is among a small contingent of firms that have reportedly slashed associate pay. Others include Chicago’s Much Shelist Denenberg Ament & Rubenstein; Washington, D.C.-based Patton Boggs, which has nine offices; the seven-office California firm of Allen Matkins Leck Gamble Mallory & Natsis; and 17-office McGuireWoods, which started in Charlotte, N.C. Most declined to comment, though Much Shelist did confirm its 10 percent all-attorney pay cut, and media reports said Allen Matkins reduced all first-years’ pay to $145,000 from $160,000 and will hold that line for new associates this fall.

A few firms do not make a wave, but these firms are part of a larger trend shaping the business of law. “Even before these firms lowered sal­aries, there was a sharpening of focus on merit-based compensation,” says John Childers, senior director of Hildebrandt International Inc. in Los Angeles. “Some firms have been headed in the direction of lower salaries for lower-performing associates, and a lot of them are backing into it by freezing salaries and scaling back bonuses rather than clear announcements of salary reductions. This is an acceleration of that trend.”

Nancy Schess has also seen firms zeroing in on associate pay. The labor and employment attorney at Klein Zelman Rothermel in New York City spoke at a March CLE session on human resources challenges, where she got an earful from law firm leaders about the high cost of paying associates.

As the economy has gotten worse, she says, the questions have gotten more severe: “How do I scale back salaries? I want to do an across-the-board salary reduction; can higher-earning attorneys take a bigger cut than lower-paid attorneys?”

Schess’ typical answer is that most such moves can be legal if they’re based on legitimate business reasons, but not if they’re discriminatory. “Make sure there’s nothing in writing that created a promise that you wouldn’t do this,” she says. “Then look at the discrimination analysis. … In the best of all worlds, all associates are impacted.”

Few people are willing to predict where associate salaries will settle. “Law firm leaders are going month to month,” says James Cotterman, a principal at Altman Weil in Orlando, Fla. “They don’t know where the bottom [of the economic downturn] is, and they’re making adjustments as they go along.”

Next:
Where There's a Will