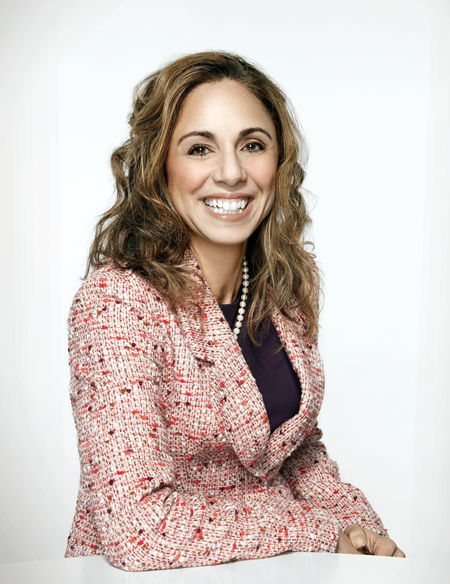 Achieving diversity in BigLaw has proved an uphill battle for advocates of inclusion. But many general counsel—who are uniquely positioned to influence the dynamic of legal teams—have chosen to direct their business to firms that show a commitment to diversity.

Kim Rivera, chief legal officer and general counsel at HP, says new tactics are in order. “Despite decades of sustained effort, we’re not demonstrating any kind of sustained practice for diverse lawyers,” Rivera says. “We’re past the point of continuing to talk about it and are doing more bold things, pushing boundaries, pushing the envelope to come up with better ideas.”

For Rivera and her team, this meant implementing a groundbreaking program that leverages the power of the purse. HP’s “diversity holdback mandate” allows the company to withhold up to 10 percent of billed invoices from law firms that don’t meet or exceed minimum requirements for diverse staffing.

“For people like me—I’ve been working on diversity and inclusion in one fashion or another for over 20 years,” she says. “Now I have this rare, wonderful platform of support … to tell law firms we work with: This is important to us. It’s so important to drive performance and innovation that it’s going to be mandatory.”

HP’s initiative builds on the work of general counsel who’ve maintained pressure on outside counsel to create more opportunities for female and minority lawyers. Former Wal-Mart GC Tom Mars and Roderick A. Palmore, formerly general counsel at Sara Lee and General Mills, are just two of many who worked within, and outside of, their organizations to promote change. Mars terminated Wal-Mart’s relationship with firms that didn’t meet diversity targets, and in a 2004 “Call to Action” letter, Palmore urged his peers to commit to ending or limiting relationships with firms that lacked a “meaningful interest in being diverse.”

Last August, the ABA House of Delegates passed Resolution 113, calling on corporate legal departments to use their purchasing power to increase economic opportunities for diverse attorneys. Two dozen in-house counsel from top U.S. companies, including McDonald’s, CBS and Verizon, signed a letter pledging to uphold the resolution and urged other GCs to utilize the ABA’s model diversity survey to accurately measure the effectiveness of diversity and inclusion in the legal teams they engage.

As businesses cater their sales strategies to a growing diverse demographic, they are seeking contractors who reflect the community at large. A wealth of research has demonstrated that diversity benefits the bottom line. One study published by the market research house Acritas found that law firms offering “very diverse teams” tend to receive a 25 percent greater share of legal spending than nondiverse teams.

But research supporting the business case for diversity has had minimal impact on law firm hiring and retention practices, although general counsel have been steadily employing the carrot—and the stick.

“I think GCs need to keep up the pressure in any way they can,” says Arin Reeves, a former lawyer and the founder and president of Nextions, a research and consulting firm in Chicago. “It’s the structures in firms that don’t support this. The structures in firms are too heavily weighted toward people’s comfort zones. As long as you’ve got systems of retention and advancement—especially promotion, and promotion into leadership in firms—that are incredibly subjective, comfort-zone-based systems, everything else is going to nibble around the edges.”

Rivera says she’s seen an immediate effect from HP’s initiative, with the teams coming to pitch business “more diverse than ever before.” But it’s only the first step—Rivera is collaborating with other GCs and looking at ways to expand the program.

“How can we help smaller and medium-sized practitioners? How can we help firms rethink the traditional economic structures that have been a barrier to diversity? But I want to walk before we run. I want to build something that’s sustainable, and then we can build upon it as we go.”

The print version of “HP Mandates Diversity,” May, should have stated that the ABA House of Delegates passed Resolution 113 last August.


This article originally appeared in the May 2017 issue of the ABA Journal with this headline: "HP Mandates Diversity: General counsel say bold moves are necessary to achieve lasting change."