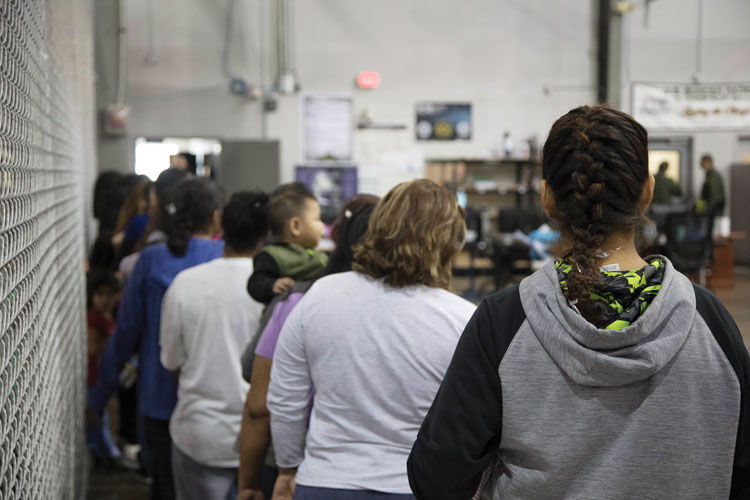 It’s not just the crying that concerned ABA President Hilarie Bass when she met with mothers detained at South Texas’ Port Isabel Detention Center. But there was crying.

“It was clear they would give up anything to get their children back. And so to the extent that separation of the mother from her children was done in a punitive way, to prevent them from asserting legal asylum claims, I’d suggest it may well be effective,” she says. “And that’s of tremendous concern to me and should be of concern to any American lawyer.”

Bass traveled to the Rio Grande Valley at the end of June to see how American lawyers can help families separated by federal immigration authorities and to meet with staff from ProBAR, the ABA’s South Texas Pro Bono Asylum Representation Project. ProBAR connects volunteer attorneys with adult and child clients seeking asylum.

“We’ve served these two populations for years, but never have we seen anything like what’s going on now with these family separations,” Jackson says. “The children who are separated from their parents obviously are very traumatized. And [the parents are] in acute distress because they don’t know where their children are.”

In April, Attorney General Jeff Sessions announced he was working with the Department of Homeland Security to institute a zero tolerance policy and prosecute every person crossing the southern border illegally, even asylum-seekers. In May, he stated that children would be removed from their families and held in separate detention sites.

As images of immigrants in chain-link holding cells and audio of children weeping for their parents found their way into the media, there was a swell of public outrage. Bass issued statements in May and June on behalf of the ABA strongly opposing the policy.

“Separating children from their parents not only violates due process, it is antithetical to the very human values on which this country was founded and sets a terrible example for the rest of the world,” Bass said in her May statement.

Responding to public pressure, President Donald Trump issued an executive order June 20 announcing a policy change “to maintain family unity, including by detaining alien families together where appropriate and consistent with law and available resources.” But a multitude of questions, logistical and legal, linger. 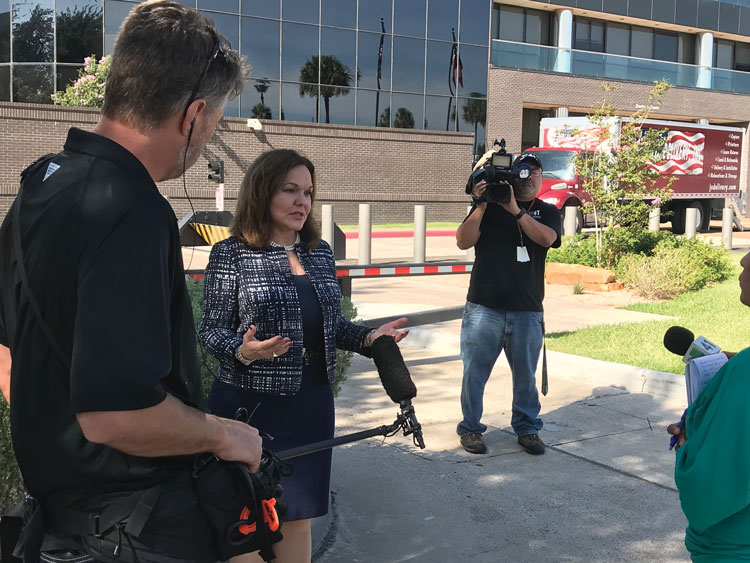 Hilarie Bass outside a federal courthouse in McAllen, Texas, where she saw 75 people plead guilty en masse to the misdemeanor crime of unlawful entry. Photo courtesy of ABA Media Relations.

According to Jackson, recent federal policy changes have made every step of the asylum-seeking process more difficult. That starts at the border, where, under U.S. and international law, foreign nationals are supposed to be able to present themselves to a U.S. Customs and Border Protection patrol agent to request asylum. But in a June interview, Jackson said the CBP had been turning them back.

“They started stationing an officerat the middle of the bridge, right on the international border, just on the U.S. side, and not allowing the asylum-seekers to set foot in the United States at all,” she said. “People are flat-out being denied access to the legal way to request asylum.”

Those caught entering outside an official crossing were being arrested and taken to CBP stations for processing, which was where parents and children were being separated, she said. Adults generally spent about two days at the CBP station before they were taken to federal court.

There, the adults were asked to plead to unlawful entry—a misdemeanor on first offense, which it is in most cases. These were hearings en masse, Jackson said—up to 100 people at a time were entering pleas on the busiest days.

Marjorie Meyers, the federal public defender for the Southern District of Texas, says the mass hearings predate the Department of Justice’s zero tolerance policy that’s separating families. Her attorneys explain the basics to the entire group and meet with each defendant individually.

But because the facts are usually not in dispute, it generally doesn’t make sense to fight the charges and most people plead guilty.

“So does it violate due process? Arguably,” she says. “Is the result any different if it was individualized? I don’t think so because they’re getting time served.”

This article was published in the August 2018 ABA Journal magazine with the title "Border Lines: ABA works to meet immigrants’ increased need for legal assistance and oppose family separations."