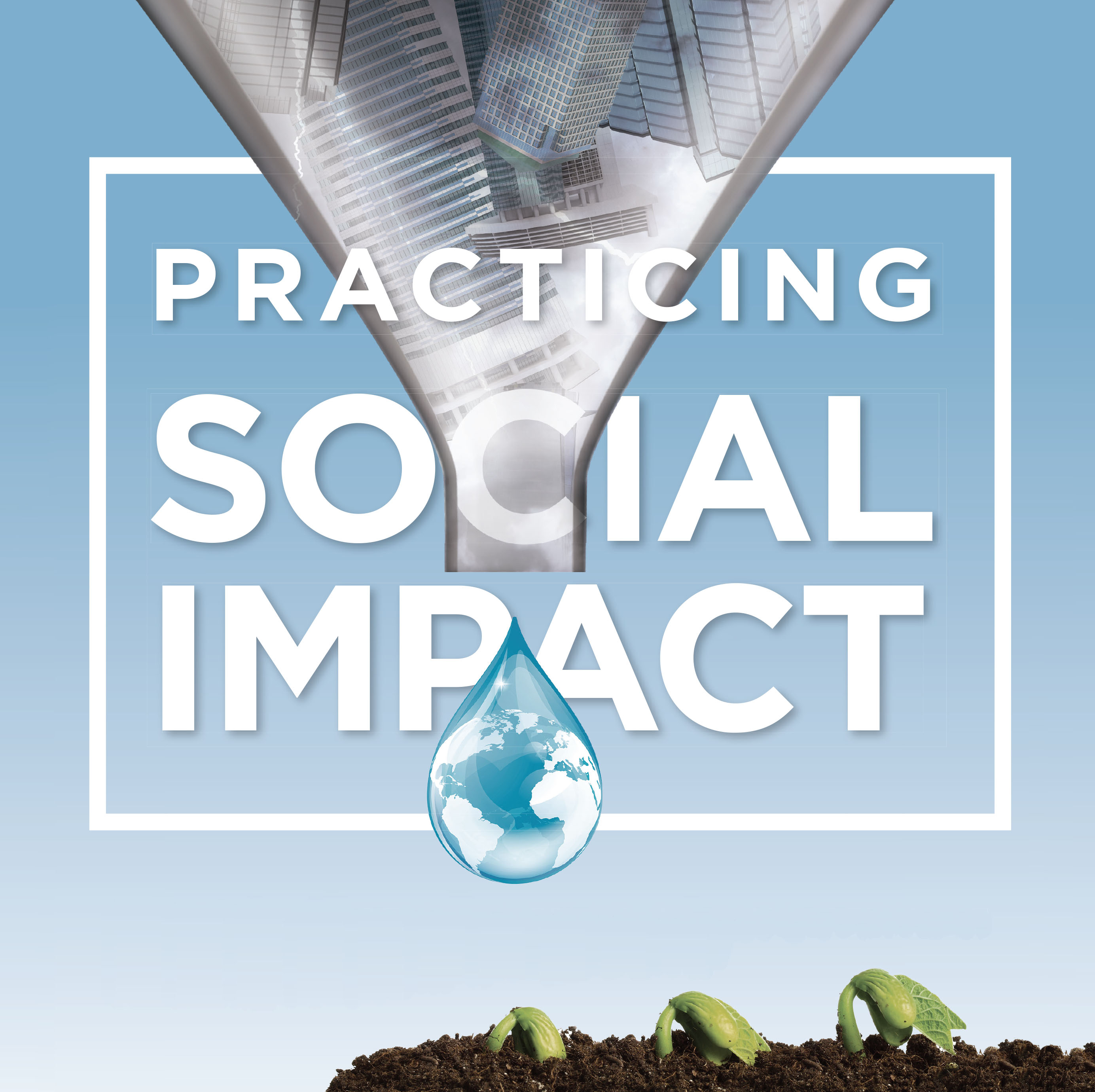 Ten years ago, New York City corporate lawyer Chintan Panchal left BigLaw to found a different kind of firm—one where he could use Wall Street-style deal structures to make a difference in the world and get paid for doing it.

“Everyone was like, ‘This doesn’t make sense, it’s just philanthropy—you’re going to have to get back to doing real work,’” he recalls. But I said, ‘No, I think this is the future.’” 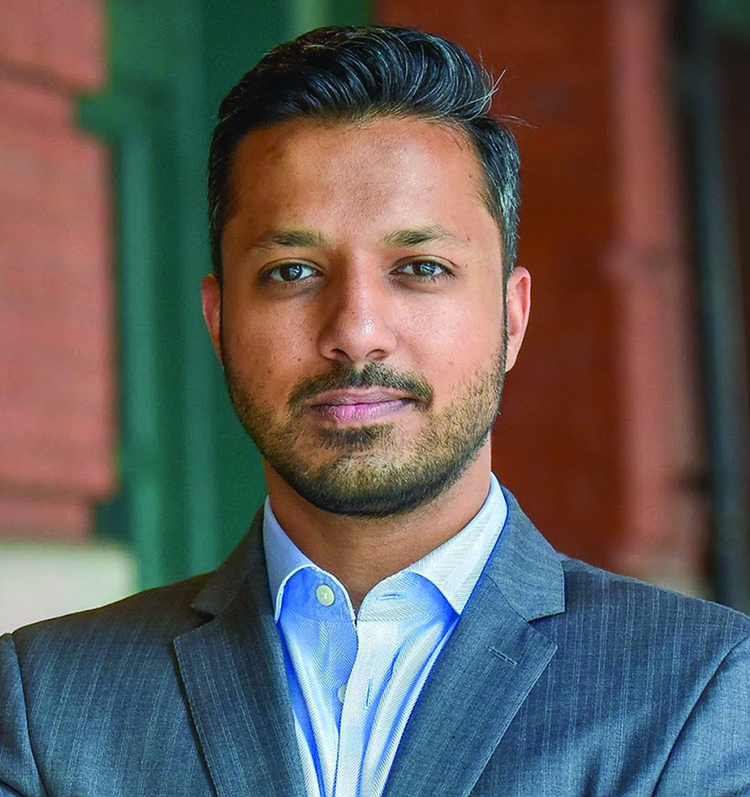 Chintan Panchal: “I think this is the future.” Photo courtesy of RPCK Rastegar Panchal.

Dubbed by some as a “fourth sector” of entity organization along with private industry, government and nonprofits, so-called social enterprises are often mentioned in context with such buzzy words as “blended-value” and “for-benefit.” The goal of these companies and impact investing is to generate revenue while prioritizing social missions, including the “triple bottom line” of people, planet and profit.

What social enterprise and impact investing is not, Panchal says, is a specific asset class, deal type or business structure. “Rather, it’s an approach—it’s a philosophy of doing business,” he says. “Taking a dollar and turning it into two is important, and it’s at the core of this, but the reason you do it and the direction you do it and the context in which you do it and the big and little decisions you make along the way are informed by this notion that you are driving progress toward solutions to some of the biggest challenges that we face as a society.”

Ultimately, he says, the goal is approaching social problems as opportunities “and using market dynamics, the profit imperative, as the engine to address that challenge.”

Even nonprofits have become players in this for-profit world, says Scott M. Curran, former general counsel to the Clinton Foundation and founder of Beyond Advisers, a Chicago-based social impact consulting firm. “Nonprofits are increasingly considering financing models that look a lot more like private sector activities, so they’re not dependent on giving-based models of support like grants and donations,” he says.

Lawyers who practice in the social enterprise and investment impact space say their structures vary depending on the deal, but all agree: This is not pro bono legal work. “It’s no longer about making money or doing good, it’s about making money and doing good,” Scott Curran says. And there seems to be an ever-increasing amount of both in this sector. Impact investing assets under management are increasing at an estimated 13% per year among active impact investors, according to a 2018 survey by the Global Impact Investing Network. The same survey found impact investments overwhelmingly meet or exceed investors’ expectations for both social and environmental impact and financial return. (However, not all impact investors actually expect market-rate returns.)

Many corporate firms already provide the type of services typically involved in social enterprise and impact investment law through existing practice areas like finance, tax and entity formation. While these areas may already be engaged in the impact space, it’s common for the work to be fragmented, uncoordinated efforts spread across many practice areas.

But as demand increases, many law firms are moving to form cohesive and distinct practice groups and working groups to better organize, scale and market their expertise. “If clients demand it and if talent demands it—and they are—the most competitive firms will simply have to have it,” Scott Curran says. “My message to the legal community is that you need to be building this, not just reacting to it.”

But New York University School of Law professor Deborah Kay Burand, co-director of the Grunin Center for Law and Social Entrepreneurship, cautions that success in the social enterprise and impact investment space requires more than just a mastery of corporate legal skills or a marketing alliance.

“A lawyer who is working in this area must develop emotional intelligence and the ability to ask the right questions of their clients to find out what they’re trying to achieve and how they want to act in pursuit of those goals,” she says. “If you just say, ‘Oh, I know how to make sure you’ll get your money back in a transaction,’ you might have missed the whole reason the client is there.”

Orrick recognized the market movement early and was among the first to organize a cohesive impact approach. In 2017, the firm appointed Perry Teicher, a lawyer in its New York City office, as its first dedicated impact finance attorney. Teicher leads the firmwide Impact Finance and Investment practice, and Orrick bills this group as the first of its kind to be formed by a global law firm.

Not only does Teicher personally practice in this area—he’s counseled Blue Forest Conservation on the development and structure of the Forest Resilience Bond and has advised a state pension plan on becoming an anchor investor in a major global impact investment fund—but he also coordinates such efforts firmwide. The goal, he says, is to integrate, coordinate and support the myriad touchpoints involved in these often-complex transactions.

Teicher says having a clear structure in place is key. “There’s a lot of value in having a practice group that’s structured; that says there’s a home for this type of work.”

Chicago-based Chapman and Cutler is another firm that formalized its efforts in this area with a Social Finance and Impact Investing cross-disciplinary team.

“Chapman and Cutler was founded over 100 years ago with a substantial public finance practice, and over time it has evolved into a firm that is focused on all areas of finance. So for us, it made perfect sense to take that expertise and use it in the social impact space and to be more cognizant of the work that we and our clients were already doing in the social impact space,” partner Amy Cobb Curran says. She is a leader in social impact bonds, often called “pay for success” bonds, and since 2014, she’s represented investors and others in finance deals to address such social issues as early childhood education, homelessness reduction and recidivism reduction.

One transaction she worked on in 2016 involved young people caught up in both the criminal justice and the foster care systems. It was an experience she describes as both a great mental challenge and eye-opening. “These deals are hard,” she says, “but it is so rewarding to help, in some small way, the folks that deal with these social challenges every day.” 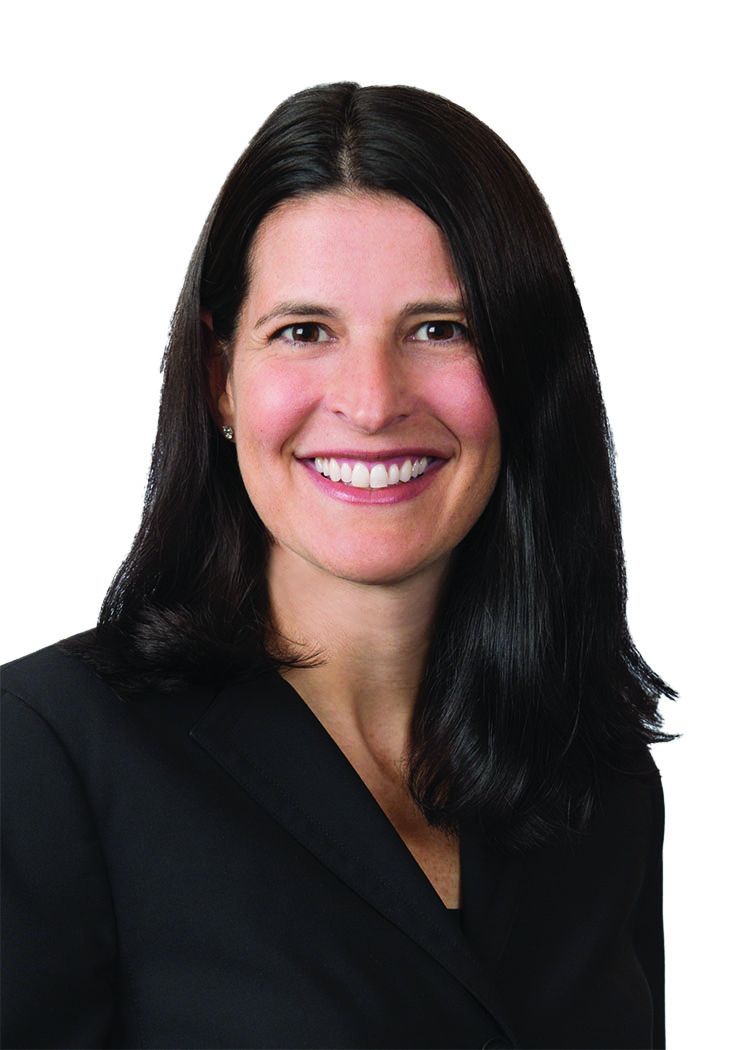 Amy Cobb Curran: “At the end of the day, shouldn’t we all be striving to make an impact?” Photo by Chapman and Cutler.

Amy Cobb Curran says her firm was particularly well-prepared to home in on this sector because of its breadth of expertise across finance and tax. “In the impact space in particular, there are a lot of tax considerations that need to be layered on top of the general finance work.” But she adds that this expertise isn’t exclusive to larger law firms. “Any law firm can do this, and any firm should do this,” she says. “At the end of the day, shouldn’t we all be striving to make an impact?”

Those in midsize and boutique firms agree. “Like in business, there are a lot of social impact organizations that occupy a middle-market space, or they’re startups or smaller, so we are a good fit for them,” says Chad Buttell, a partner at Patzik, Frank & Samotny, a 35-lawyer firm in Chicago.

Buttell says he’s handling increasingly more impact work, even from clients not typically active in that space. “I just had a conversation with a startup client who said, ‘In addition to our business proposition and the return we’re trying to generate for our investors, we want to put together a social impact platform’—that’s pretty exciting.”

Whether it’s a solo in a shared space or a corporate lawyer in a high-rise, Burand says the market is simply demanding more lawyers who do this work, and they’re answering the call. Over the past decade, she says the practice area has experienced a “sea change,” and she co-founded the Impact Investing Legal Working Group to bring lawyers who are spread across this diverse space together through annual conferences.

The first meeting, held in 2014, was small enough to take place in a law firm conference room. This summer, the IILWG will co-host with the Grunin Center at NYU Law its seventh conference, and Burand expects attendance to top 500.

As more and more existing clients decide to invest and expand in a more holistic way, Burand explains, the legal work will only increase. “It’s no longer a practice that you’re choosing, it’s a practice that’s coming to you.”

“Law students today want to be doing complex work that’s meaningful, and having the opportunity to do that where the ethos is embedded in the firm is really powerful,” Teicher says.

Many students decide they want to enter the impact investing space after gaining exposure and experience while in law school, Burand adds. In a survey she conducted in 2017-18 measuring offerings by accredited American law schools in this space, over 30% of responding schools were supporting legal scholarship, offering classes (including experiential courses like transactional clinics) and sponsoring extracurricular student activities—and sometimes all three—that address social entrepreneurship and impact investing, she says.

“The firms that can offer a practice that is not only financially lucrative but also meaningful will be golden—they’ll be able to recruit the best legal talent and hold on to that talent,” she says. “If you can engage their hearts and minds, you’re going to have a field of lawyers who can serve impact-driven clients well and help the firm do even better, and that’s a double and even triple bottom line for the law firms moving into this space.”

This article was originally published in the April/May 2020 issue under the headline, “Practicing Social Impact: In this growing practice area, corporate lawyers can help clients change the world—and bill for it.”

Jenny B. Davis, a former practicing lawyer, is a freelance writer based in Fort Worth, Texas.