We can honor good grammar and societal change together 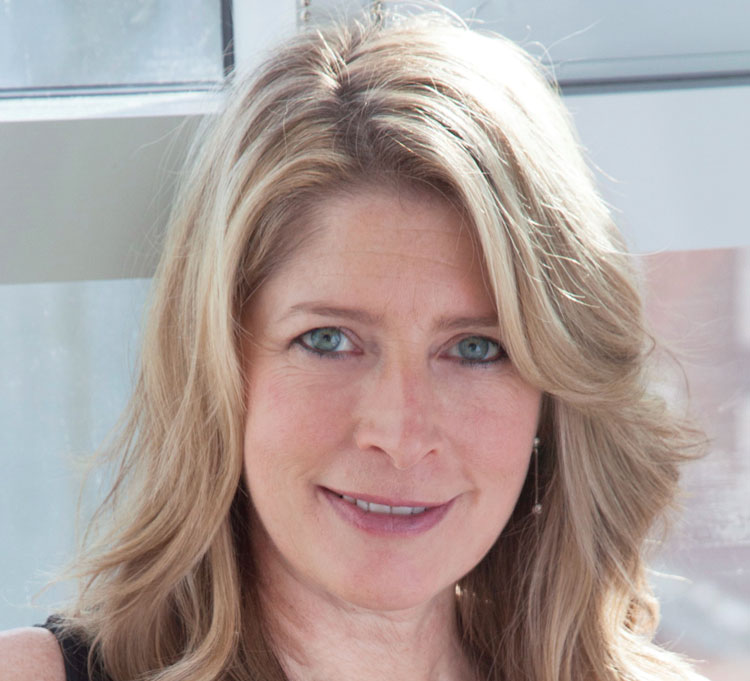 Heidi Brown: “Recently … I realized there is an evolving grammatical modernization to which I must adjust.” Photograph by Krista Bonura.

Unlike in social media—in which abandonment of punctuation and proper differentiation among you’re, your and the dreaded ur is unfortunately becoming a norm—precision in language, grammar and punctuation matters in legal writing. The meaning of a contract provision can turn on the inclusion or omission of a comma. A litigant’s entitlement to attorney fees as part of a base settlement offer can depend on the drafter’s choice between phrases such as inclusive of or plus.

Many of us learned how to write from college English teachers, legal writing professors in law school or meticulous law firm mentors who drilled respect for grammar traditions into our brains. The grammar blunders permeating governmental tweets, menus at high-end restaurants, Hollywood scripts, and sometimes even breaking-news tickers on major networks cause some careful writers to shake their heads.

When I read a sentence like “A taxpayer may owe a penalty when they file a late tax return,” my instinct is to comment: “They is not a gender-neutral singular pronoun.” As important as long-held grammar conventions are in my role as a legal writing professor and brief writer, I need to be open to change on this pronoun rule in order to model inclusive legal writing. The concept of inclusive legal writing is an opportunity for lawyers to be at the forefront of balancing grammatical correctness and cultivation of gender inclusiveness.

The esteemed Académie Française—the highest authority on matters pertaining to the French language—is not yet so sure about this “inclusive writing” idea. In French grammar, nouns are deemed either masculine or feminine. A well- entrenched grammar rule grants the masculine dominance over the feminine.

In other words, when describing a collection of professionals—one male and 500 female—a writer would reference the group using the male plural version of the word. French language activists have advocated for more inclusive usage, removing gender stereotypes and bias when feasible. For example, a writer might indicate inclusion of both the female and male versions of the foregoing plural noun by inserting a feminine “(e)” before the plural “s.” However, the Académie Française has declared the French language in “mortal peril” from this inclusive writing campaign. 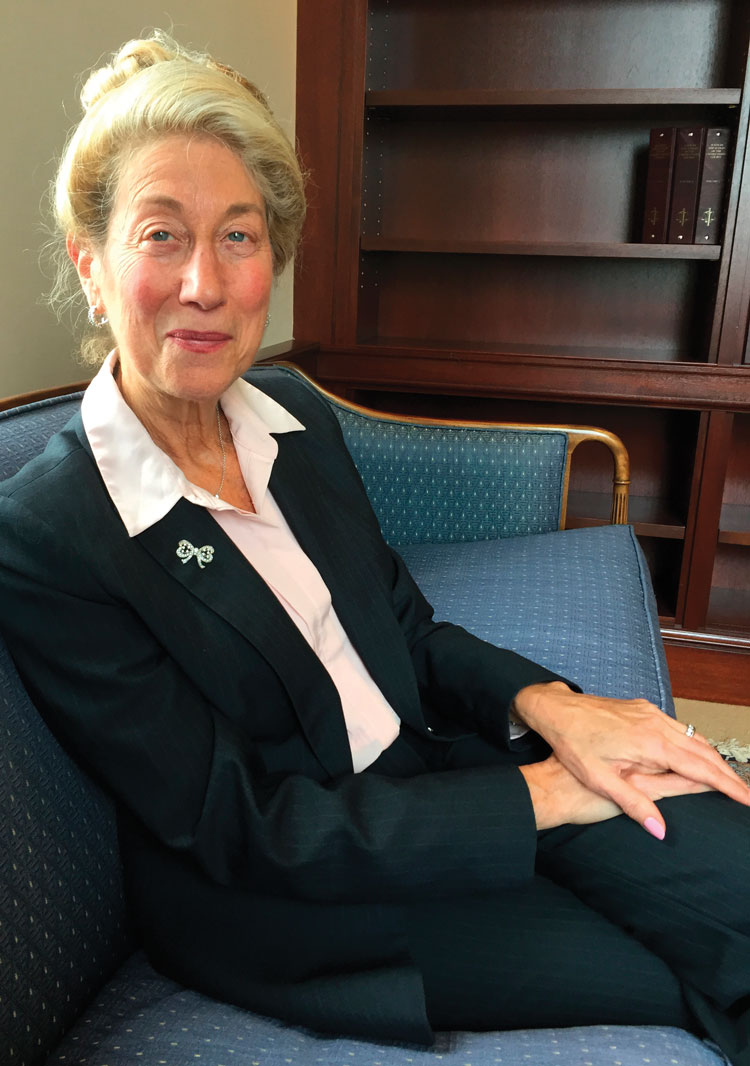 Former Judge Shira Scheindlin urged jurists to suggest that the lawyers who write briefs—often women—should be the ones who deliver oral arguments. Photograph by AP Photo.

As lawyers, are we similarly resistant to changing grammar norms in legal writing? Legal writers indeed have many phrasing techniques available to avoid using they as a gender-neutral singular pronoun. We can modify a sentence to replace they with who: “A taxpayer who files a late tax return may owe a penalty.” We can pluralize the noun: “Taxpayers may owe penalties when they file late tax returns.” We could even use he or she instead of they: “A taxpayer may owe a penalty when he or she files a late tax return.” But the last choice is not inclusive.

Writing style experts, including members of the Associated Press, copy editors at the Washington Post and the American Dialect Society already have recognized the singular they. As legal drafters, will we get ahead of the curve or mirror the Académie Française’s resistance to inclusive writing?

Our job as legal writers often is to persuade audiences. Good persuasive legal writers carefully balance Aristotle’s three modes of persuasion—logos, pathos and ethos—combining logic, emotion and character/ethics to lead a reader down a path to a proposed outcome. A brief writer may write the most well-researched, logical, emotionally impactful, clearly articulated legal argument and yet fall short in ethos by resisting inclusive language or stubbornly adhering to outdated language conventions. Words matter, and they reflect the mindset of their drafter.

I notice, in memoranda and briefs, when legal writers refer to male litigants by their last names but female litigants by their first names, or when they address female parties or witnesses as Ms. or even Miss instead of Professor, Detective, Doctor, Principal or Captain, despite the official titles attributed to these individuals in the factual record. To effect change, we can set an example through precision in our own word choices.

When in doubt about the proper pronoun (or title) to use, we should choose the correct and inclusive one or respectfully ask. We can pay attention to others’ “preferred pronoun” indicators in their email signature blocks. We can identify our own preferred pronouns. We can respect gender inclusiveness when writing about occupations or societal roles: flight attendant, businessperson, chairperson, server, police officer, jury foreperson, member of Congress, layperson. We can advocate for amendments of statutes that still use the phrasing husband and wife instead of spouse or partner. We can take the time to update outmoded contract and estate planning forms, replacing archaic gendered, hierarchical or exclusionary language with neutral or, even better, inclusive terms (i.e., working hours vs. man-hours; worker’s compensation vs. workmen’s compensation). 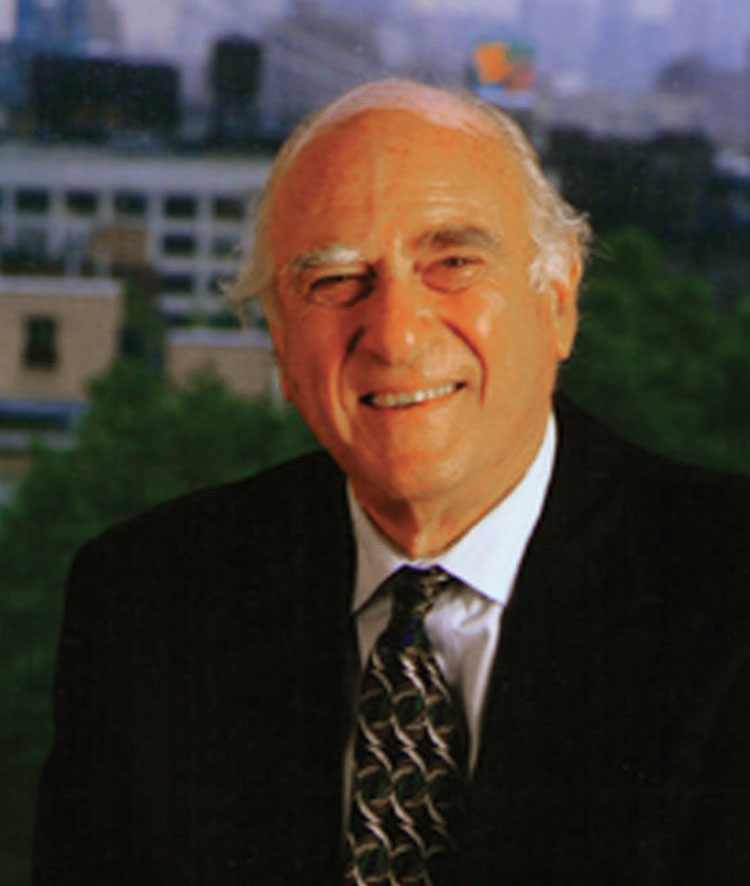 Judge Jack Weinstein and others have issued court rules calling for “a more visible and substantive role” for junior members of trial teams. Photograph by AP Photo.

Another way to inspire broader usage of inclusive language in our legal writing is to cultivate diversity in our contract- and brief-writing teams. In August, former U.S. District Judge Shira A. Scheindlin wrote an op-ed in the New York Times called “Female Lawyers Can Talk, Too,” in which she noted gender inequality in courtroom appearances. She advocated that the lawyers who write the briefs—often women—should have more opportunities to deliver oral arguments.

A couple of weeks later, the Times ran an article by Alan Feuer emphasizing that several federal jurists, including Judges Jack B. Weinstein and Ann M. Donnelly of the Eastern District of New York, have issued court rules calling for “a more visible and substantive role” in court for junior members of trial teams. Christine Simmons reported in the New York Law Journal that Chief Judge Dora L. Irizarry planned to amend her rules along the same lines. Perhaps composing our legal drafting and courtroom teams with diverse voices—in gender, sexual identity and level of seniority—will enhance open-minded and inclusive language choices in our written and oral advocacy.

After all, as the great philosopher Bono sings in U2’s song “Invisible,” “There is no them. There’s only us.”

Heidi K. Brown is an associate professor of law and the director of legal writing at Brooklyn Law School. Brown was a litigator in the construction industry for two decades, drafting numerous lengthy contracts and trial briefs. She is the author of

The Introverted Lawyer: A Seven-Step Journey Toward Authentically Empowered Advocacy.

This article was published in the April 2018 issue of the ABA Journal with the title “Inclusive Legal Writing: We can honor good grammar and societal change—at the same time.”