Is crypto payment a good deal for law firms? 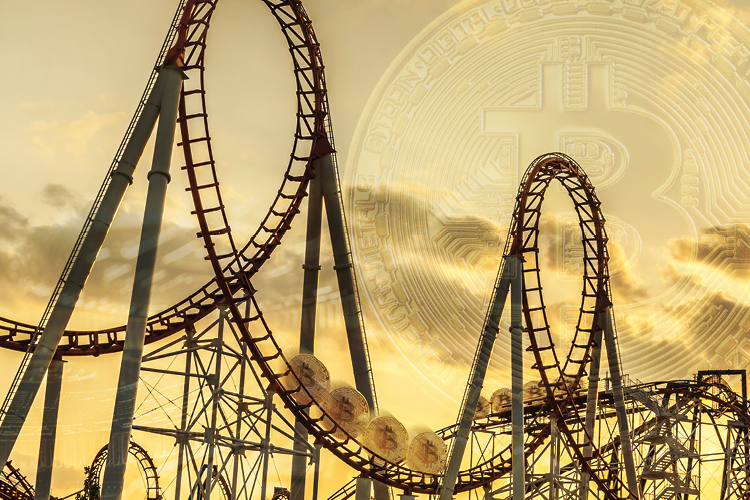 As the cryptocurrency exchange FTX sought bankruptcy protection in November, the crisis of the company once valued at $32 billion didn’t alter plans for some law firms already taking the currency as payment for legal services. In December, the federal government charged FTX founder Sam Bankman-Fried with fraud, money laundering and campaign finance offenses. In January, he pleaded not guilty to the charges.

“Knowledge is key,” says James Burnie, a London-based financial services regulation and fintech partner with Gunnercooke, a law firm with offices in New York City and across the globe. That includes understanding various aspects of crypto, he adds, such as blockchain network systems.

Adoption of crypto among law firms is still slow, though other big firms, such as Steptoe & Johnson, have publicized that they accept it.

Burnie says his firm began accepting crypto payments in February 2022 in an effort to demonstrate its commitment and understanding of the community. But it hasn’t been without its share of issues, the biggest being that the value of cryptocurrency can change quickly. Like other lawyers interviewed by the ABA Journal in November, Burnie said his firm planned to continue accepting the tokens as payment despite the problems swirling around FTX, which the Associated Press described as the third-largest cryptocurrency exchange at the time of its collapse.

“Volatility cannot be eliminated; however, it can be mitigated against, and the question then becomes a holistic assessment of the risk versus the reward dynamic,” Burnie says. “We have resolved this by only accepting crypto-assets where we feel we have an understanding of the underlying risk profile and by operating [within an] internally agreed[-upon] risk framework.”

Unless attorneys are well-versed in crypto-assets, Burnie adds, it’s best to start small to work out operational infrastructure without large amounts at risk. A mistake like sending funds to the wrong place could result in an irreversible loss of assets.

Firms also need to consider whether the client’s legal work involves a regulated activity and examine the funding sources to make sure money laundering is not part of the transaction, Burnie says. There are conflicts-of-interest considerations too, like advising on the validity of a token used to pay the firm, he adds.

Additionally, the firm should determine if crypto fits with its financial risk profile. In other words, Burnie says, it needs to see if it works in terms of the firms’ ability to pay fixed overheads if the income value is volatile.

Alan Cohn, a partner at Steptoe & Johnson who helped found the firm’s blockchain and cryptocurrency practice, says the firm decided to accept the tokens for payment in 2016.

“We made this decision as a convenience to our clients, several of whom transacted primarily in cryptocurrency, and also for us to experience for ourselves how transacting in cryptocurrency as a business would work,” Cohn says.

Having accepted crypto throughout its ups and downs, Cohn has many recommendations for other firms considering it. First, he suggests, work with a third party—such as a payment processor or digital wallet—that has the necessary technical expertise, compliance programs and security checks in place to ensure safe and secure handling of cryptocurrency. Cohn also recommends specifying in the engagement letter whether the client or the firm will be responsible for any transaction or conversion fees. The letter should also specify whether funds paid in cryptocurrency will be held in the firm’s interest on lawyers’ trust accounts or operating account. Some states, including Virginia, have published ethics opinions about attorneys accepting cryptocurrency as payment.

Finally, Cohn suggests completing the onboarding process with the third-party payment processor before announcing the ability to accept cryptocurrency, since it can involve several steps and take time to complete.

“We don’t hold cryptocurrency and therefore are not exposed to volatility,” Cohn says.

Taxes would come into play, according to Stephen Ribble, an enrolled agent and owner of Guardian Accounting Group in Tampa, Florida. The initial payment from a client in crypto is taxed the same as cash payments, he says, but upon conversion of a token into U.S. dollars, there could be a capital gain or capital loss, depending on where the crypto is trading at the time.

Clever scammers can present problems too. The crypto space is full of them, and most employ social engineering more than anything else, according to Vincent Chang, who says he grew a $3,500 crypto investment to eight figures between 2017 and 2020 and is living off that money. He also wrote a book titled The Dawn of Crypto: A Beginner’s Guide to Blockchain, Web 3.0, DeFi, Metaverse, NFT, GameFi.

Scams could range from phishing attacks in which the attacker poses as a credible person phoning the law firm in an attempt to gain sensitive info such as passwords, to in-person attacks of the same nature. Another concern is the trust issue inherent with giving a staff member full access to crypto wallets, Chang says. Staffers with the seed phrase, which is essentially a password, have full wallet control and the power to transfer the funds to their own wallets and run off with the money.

“The irony is that crypto was invented to get rid of counterparties and middlemen, yet a centralized hierarchical company accepting crypto payment reintroduces this risk,” Chang says.

To mitigate that, he adds, it’s a good idea to use a digital wallet requiring multiple people to sign off on a transaction before it’s approved, ensuring no individual can steal the money. Another issue is the obvious one: Some people aren’t even interested in paying for legal work with crypto.

“When crypto is enjoying a bull market, holders of it tend to not want to part with it since it’s appreciating in value,” Chang says. “During bear markets, some are underwater in terms of their cost basis, so they would prefer to hold onto their crypto and wait for it to pump again, opting to pay in traditional flat currency instead.”

Chang says if clients want to pay in crypto, firms should encourage them to use digital dollars pegged to the dollar or gold because that could ease worries about market volatility.

This story was originally published in the February-March 2023 issue of the ABA Journal under the headline: “Token Gestures: Crypto payment—is it a good deal for law firms?.”