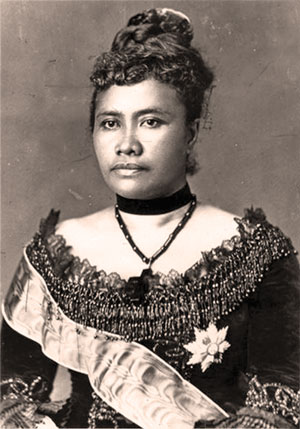 By 1887 and the reign of King David Kalakaua, a fragile and friendly Hawaiian monarchy seemed ready to fall. Over the previous century, waves of Protestant missionaries and Anglo-American exiles had slowly assumed control of the island economy, converting fruit and sugar cultivation into visible political power.

That power also had an invisible side in the form of the Hawaiian League, a secret society of haole, or non-native, politicians and businessmen who sought to curb the powers of monarchy or establish a republic. Though haole, these were Hawaii citizens, and their complaints revolved around taxation, underfunding of island infrastructure and the influence of opium traders on the royal government.

In June 1887, with the tacit aid of the Honolulu Rifles, a haole cadre of volunteer soldiers nominally in service to the king, the Hawaiian League staged a seven-day rebellion that resulted in significant royal concessions dubbed the “Bayonet Constitution.” The new constitution granted expanded powers to the kingdom’s bicameral legislature, which voted a new series of voter qualifications that assured white business establishment control.

For several decades a large segment of Hawaii’s white population had flirted with annexation to the United States, or even statehood. That flirtation gained urgency by the passage in 1890 of the McKinley Tariff, which eliminated Hawaii’s export parity with the domestic U.S. sugar trade. When Kalakaua’s sister Lili’uokalani assumed his throne in 1891, her well-known opposition to her brother’s Bayonet concessions was a cause for concern. And when she moved to formally rescind the forced reforms, haole republicans made their move.

On Jan. 14, 1893, the kingdom’s white power structure created the Committee of Safety, which formed a provisional government seeking U.S. diplomatic support. The head of the rebellious regime, Sanford Dole, requested military protection for Americans and their business interests, and on Jan. 16, Marines from the USS Boston landed in Honolulu. One day later, Queen Lili’uokalani was deposed, effectively ending royal reign in Hawaii.

The move was not universally supported, even in the United States. When President Grover Cleveland, an ardent anti-imperialist, took office two months later, he deemed the ouster of Queen Lili’uokalani an “act of war” and commissioned a report that was highly critical of the American role. His efforts to reinstate the queen, however, were stifled by Congress.

In 1895, Lili’uokalani was arrested and convicted, against dubious evidence, of fomenting a rebellion against the new government. She was ultimately sentenced to house arrest and, in 1896, formally pardoned by the new Hawaii regime.

“Queen” Lili’uokalani remained a familiar and popular figure in the halls of U.S. government, and after failing to lobby successfully against U.S. annexation she took to the courts. Though the U.S. Court of Claims rejected reparations for the seizure of royal lands, her petition became the basis for more than a century of litigation over a trust created for the benefit of native Hawaiians when the islands were annexed.

In 1993, a century after Lili’uokalani relinquished her rule, a congressional resolution apologized for the U.S. role; but even that became part of the Hawaii trust litigation. In 2009, the U.S. Supreme Court ruled that the congressional apology had no effect on the continuing issue of Hawaii reparations.