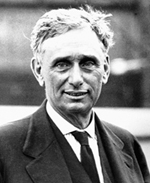 Louis Brandeis had exerted a considerable influence on the American legal system well before his Supreme Court nomination. In 1890, he co-authored an article on the right to privacy in the Harvard Law Review that, in the words of the school’s dean, “did nothing less than add a chapter to our law.” In a 1908 case, Muller v. Oregon, he introduced a new form of legal argument—what became known as the Brandeis brief—that brought a real-world focus and methodology to how cases were presented.

Although he was widely revered for his commitment to public service, which earned him the title “the people’s lawyer,” Brandeis had his share of critics, particularly within business circles. Resistance from those quarters, coupled with a somewhat veiled anti-Semitism, made for a prolonged and contentious confirmation process.

The Senate finally voted to confirm Brandeis on June 1, in a 47-22 vote. The court’s first Jewish member, he went on to serve 23 years as an associate justice.