Wrongly convicted as a teen, now he helps those like himself 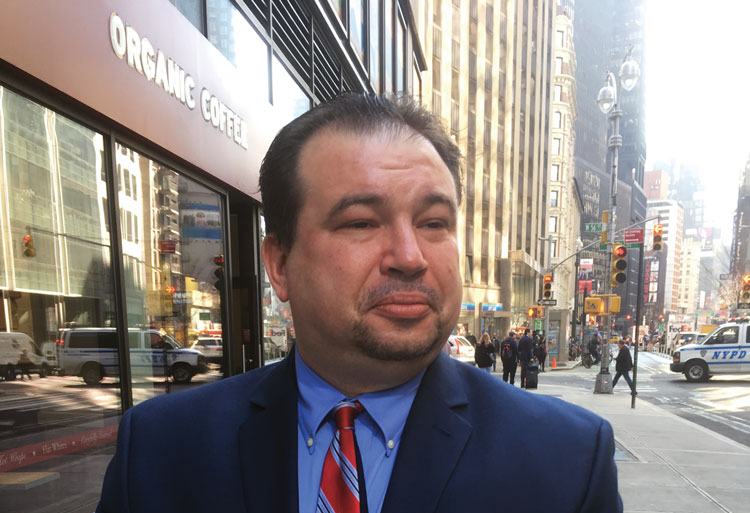 Jeffrey Deskovic once thought people would never confess to crimes they didn’t commit. Then he found himself doing just that.

He was a kid, at age 16, taken in for questioning in the rape and murder of a high school classmate, Angela Correa, 15, in Peekskill, New York, in 1989.

Deskovic was deeply shaken by the murder and so was the entire community. Sure, he told the police, he’d be happy to help. The police read him his rights, which he agreed to waive. He had nothing to hide.

“I did not understand the importance of giving up my Fifth Amendment rights,” he says. “I remember thinking: ‘Court of law—what court? What are you talking about? We’re not going to court.’ ”

After a seven-hour interrogation, during which he took a polygraph test, Deskovic was tired, worn out and scared. He decided to tell police what he thought they wanted to hear, thinking he’d be able to go home.

“The amount of coercion led me to a place where I didn’t see any way out. I was being asked the same questions over and over again,” he says. “They were raising the volume of their voices. I was overwhelmed, emotionally and psychologically.”

He recalls the good cop-bad cop routine, with one officer promising he’d get psychiatric treatment and could go home if he confessed. “I was desperate to get out of there, in fear for my life,” he says. “I was 16. That’s a particularly vulnerable age.”

Based on his confession, Deskovic was convicted and sentenced to 15 years to life. He spent 16 years in prison before DNA linked another man, already incarcerated, to the crime.

Getting out of prison was disorienting. Deskovic hadn’t lived outside prison since he was a teenager. He had no support services. He had never had a job, never used a cellphone. “I had to scramble to live,”  he says. “It was very, very difficult for me.  It was a struggle.”

Since then, Deskovic, now 44, has settled a federal lawsuit against the authorities responsible for his wrongful conviction. Using some of his settlement money, he created the Jeffrey Deskovic Foundation for Justice, a nonprofit based in New York City committed to preventing wrongful convictions and helping exonerees reintegrate into society.

“Being an advocate is in my blood,” he says. “It’s hard to walk away from this.”

Since his release, Deskovic has earned a bachelor’s degree in behavioral science, a master’s in criminal justice, and is now enrolled at Pace University’s law school. He intends to specialize in criminal law and civil rights litigation, most likely post-conviction work.

When he’s not busy with school, Deskovic goes on speaking engagements, attends hearings for those claiming wrongful convictions, and works to help exonerees adjust to life outside prison.

Despite those lost years, Deskovic says, he doesn’t hold a grudge. “My position has been that I’m not bitter. I want to enjoy my life as much as I can, and I can’t do that if I’m angry and bitter,” he says. “I don’t have ill feelings toward police. To paint the whole profession with one brush, I don’t apply that view. But in my case, I don’t think it was a good-faith error. They knew the tactics they engaged in, and they knew the DNA did not match me. They wanted to get promotions.”

Deskovic is encouraged that more states are requiring the taping of interrogations, and that more judges are open to hearing claims of innocence. “Things are moving in a better direction in proving wrongful convictions, but there is slow implementation of laws for best practices to prevent it,” he says.

His mission in life is now to help others. “I find it cathartic. I find it healing,” he says. “It’s why I’m in this world. It’s such an important issue for me because it happened to me, and I don’t want it to happen to anyone else. I need to make my suffering worth something.”