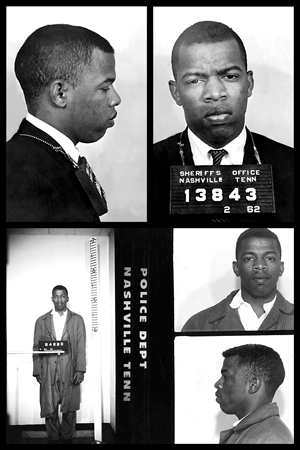 David Ewing is a Nashville, Tennessee-based historian and lawyer who grew up hearing stories about sit-ins at lunch counters across his hometown that helped dismantle segregation. Ewing’s mother had attended Fisk University with John Lewis, a young man who started as a civil rights activist in Nashville and became one of the icons of the movement and an influential U.S. congressman representing Georgia.

Ewing has an abiding interest in the civil rights movement and the history of Nashville, where nine generations of his family have lived—part of that time as slaves. As a researcher and an attorney, Ewing likes to dig; and when something piques his interest, he stays on the trail. Ewing always wanted to see Lewis’ original mug shots from the Nashville sit-ins, but they were nowhere to be found.

“There are other mug shots, but this was his first,” Ewing says about the photos taken a day before Lewis’ 21st birthday (right, bottom set). “I started looking for the photos 15 years ago and was always told they didn’t exist. The police department would say the library has it; the library would say the police department has it. It was a nonstop loop.”

But Ewing didn’t give up. Finally, a law enforcement friend had an important clue: She remembered the police chief showing a copy of Lewis’ arrest record during a civil rights training. That key piece of information eventually led Ewing to a windowless, one-room municipal building where a clerk pulled a dusty file from a shelf with “John Lewis” scrawled across it in pencil. 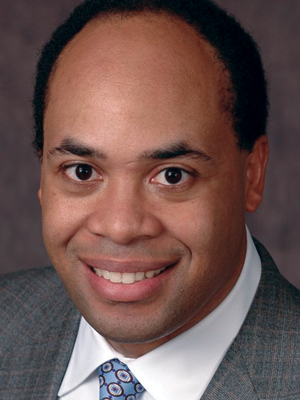 “I couldn’t believe it because I’d been looking for so long, and I thought these might not exist,” Ewing says. “And the excitement of opening these up and seeing a young Lewis, being photographed for standing up against segregation—it was inspiring. When you see something like that, you get emotional. I was glad these records were found during his lifetime and that he could see them, too.”

Nashville Mayor Megan Barry surprised Lewis, who turns 77 on Feb. 21, with the photos during a speech he was giving at a local high school. The arrest records from 1961 to 1963 were for disorderly conduct, breach of the peace and resisting arrest.

Lewis says he hopes the mug shots will be a “teachable moment”—to show young people that each generation must do its part to stand against injustice when they see it.

“I was deeply moved when I saw those mug shots,” says Lewis. “I had never seen them before. I felt like I looked so young, so innocent. I wondered how anyone could arrest someone who was not harming anyone, who was just peacefully demanding that he be treated with dignity and respect.”

After the first mug shots came dozens more—close to 50 in Lewis’ estimation—as he became a leader in the nonviolent desegregation movement.

The first mug shots, Ewing says, show “when John was a student and nobody knew where the civil rights movement was going. It started at lunch counters here in Nashville and made national figures of these young college students who bravely stood up to segregation.”

Ewing notes that there were five copies of Lewis’ mug shots in the folder. He suspects Lewis was on the FBI’s radar, and the extra copies were on hand to send to police departments across the South to keep a lookout for the young Freedom Rider.

But Lewis never stopped advocating for justice and equality. He’s as busy as ever, inspiring a new generation of young people with March, his award-winning graphic novel trilogy about the civil rights movement, and he’s often seen protesting alongside a new generation of activists.

Ewing says Lewis’ mug shots, which he considers the greatest finds of his lifetime, show the power of persistence and research.

“Lawyers are researchers by nature,” Ewing says. “I was going to ask for this until I found it.”