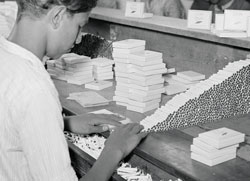 By mid-July, the year 1957 had already been remarkable: Communist show trials in Hungary, a change in British prime ministers, nuclear testing in the Soviet Union, and I Love Lucy airing its final show.

For Surgeon General Leroy E. Burney, the year was one of growing alarm. As an epidemiologist, Burney understood the gravity of statistics showing a steep increase in cardiorespiratory ills tied to tobacco use. By 1955, deaths from lung cancer vaulted to nearly 27,000, from less than 3,000 in 1930Ña rise so steep, particularly among heavy smokers, that it could not be statistically associated with any factor other than the hundreds of carcinogens in cigarette tars. As the nation’s chief health officer, Burney knew that even the suggestion that cigarettes harmed human health would draw fierce reaction from powerful industry lobbyists. Moreover, tobacco ruled the politics of key Southern states, votes critical to the emerging issues of civil rights and health care.

But as a smoker himself, Burney also understood the complex relationship between Americans and the 400 billion cigarettes they were smoking each year. For many, smoking was a rite of passage, a cultural implication of sophistication and intellectual freedom. Cigarettes dominated the “golden age of advertising.” In fact, I Love Lucy debuted on TV as a vehicle for Philip Morris. Movie stars smoked. Politicians smoked. Schoolteachers and bus drivers smoked. Physicians smoked. 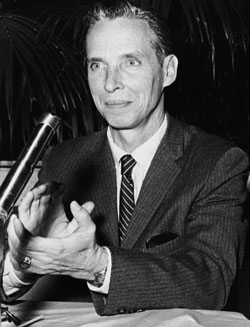 In 1956, Burney had ordered the Public Health Service to join with several voluntary health organizations to comb through 18 different studies that linked lung cancer to cigarette smoking. The group, headed by E. Cuyler Hammond and Daniel Horn, confirmed a causal relationship. However, Burney’s official statement, when it finally came, was a single circumspect page. “Excessive cigarette smoking,” it cautiously announced, “is one of the causative factors in lung cancer.”

The industry response was furious. The Tobacco Industry Research Committee, a venture funded by the cigarette companies, denounced the epidemiological study—and epidemiology in general—as a manipulation of statistics: “Statistical association does not prove cause and effect.” The committee noted that none of the studies involved human subjects, knowing that no such study would ever be countenanced. Even the American Medical Association remained publicly skeptical.

Burney’s warning had little effect on cigarette consumption. Nor did another, even more dire study in 1964. By 1981, annual cigarette consumption peaked at more than 600 billion; and 57 years after the surgeon general’s announcement, nearly one in five American adults still smokes cigarettes.