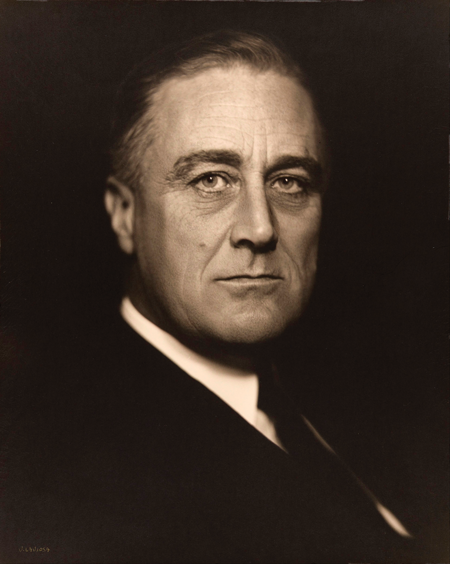 In early July 1942, about seven months after the bombing of Pearl Harbor and U.S. entry into World War II, President Franklin D. Roosevelt issued two proclamations related to the handling of enemy saboteurs. The first, in effect, made these enemy combatants subject to military justice. The second set up a military commission to try those accused of attacks on any part of America’s vast industrial infrastructure.

What prompted the presidential action was the announcement the week before of arrests in New York City and Chicago of eight German operatives. They were part of a Nazi plot, which came to be known as Operation Pastorius, to wreak havoc on U.S. soil in key installations such as factories, railroads, power plants and shipyards.

Each of the eight—all German-born—had lived in the United States, and two were citizens. All had been trained in sabotage and delivered to the country via submarine—four to a spot on the tip of Long Island; four to Ponte Vedra Beach on the Florida coast. They carried what one would expect of saboteurs: explosives, timing devices, a list of targets and about $175,000 in cash.

The eight were caught barely two weeks later, long before they had any serious chance to commit sabotage. FBI Director J. Edgar Hoover claimed credit for detecting and thwarting the scheme. But their undoing came when one conspirator, George John Dasch, called the FBI’s New York office, made an appointment with authorities in Washington, D.C., and turned himself over to them.

The group that landed on Long Island had been confronted by a lone, unarmed Coast Guard watchman who reported them after they offered him a bribe. By the time law enforcement returned to the scene, the German agents had left by train to New York City.

Their subsequent arrest, however, shook the Roosevelt White House; and justice began to move on a very fast track. The day after the proclamations, the Germans were moved to military custody and charged with four counts under the Articles of War. Their trial began July 8 and continued until July 27, when the defense rested its case.

Richard Quirin (left) was one of eight Nazi agents found guilty by a military commission as part of Operation Pastorius, a failed attempt to sabotage various U.S. targets.

That same day, the U.S. Supreme Court announced a special session. And on July 29, while the military commission stood in recess, the court heard arguments by all the conspirators but Dasch, petitioning for habeas corpus and access to civil courts. The government argued that the German conspirators, even those who were U.S. citizens, had no constitutional right to habeas or access to the civil courts—even to decide the question of court access.

On July 31, the court ruled per curiam in favor of the government, deferring a full, written opinion for later. With that ruling in hand, the military commission continued to deliberate. And on Aug. 4, all eight were found guilty and sentenced to death.

It wasn’t until Oct. 29 that the Supreme Court filed its written opinion in the case, Ex parte Quirin. In a ruling that six decades later would color high court actions on the issues of Guantanamo and the treatment of illegal combatants, the court declared that even citizens who take up arms against the nation can be considered “enemy belligerents”—a category distinct from treason—and tried by the military. Moreover, the treatment of enemy belligerents is prescribed by the Articles of War, not the Constitution.

By then, the court’s decision was a matter for posterity. At the behest of Hoover and Attorney General Francis Biddle, Roosevelt commuted the sentences of Dasch and fellow conspirator Ernest Peter Burger, both of whom had cooperated with investigators. The others already were dead.

Only 56 days after the first group set ashore on Long Island, the remaining six had been executed by electrocution at the District of Columbia Jail.