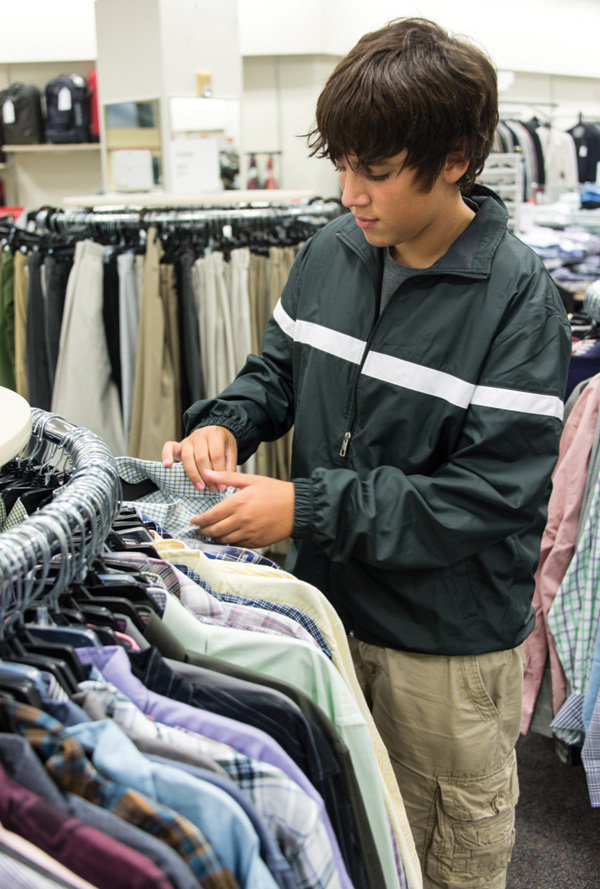 The typical college undergraduate carries more than $3,100 in credit card debt, according to at least one study, and that amount is dwarfed by the burden of tuition loan debt many students carry when they graduate. In light of those realities, financial literacy is becoming an increasingly important part of a young person’s survival kit.

By and large, however, neither high school nor college students receive any training in the practicalities of personal finance as part of their curriculums, leaving them unprepared to navigate one of the most crucial aspects of their adult lives.

“23,000 people in western Washington declared bankruptcy last year, and I’ve encountered a lot of bankruptcy debtors who have large amounts of student loans,” says Karen A. Overstreet, a judge of the U.S. Bankruptcy Court for the Western District of Washington in Seattle.

Judge Overstreet is one of the organizers of a financial literacy project—distinctively titled Debt-Slapped—for high school students at risk of dropping out of the Seattle School District’s Middle College Program.

Other local participants in setting up the project were the Consumer Education and Training Services program, known as CENTS; Seattle University School of Law; the Seattle office of the Federal Trade Commission; and Kathleen J. Hopkins, a member of the Real Property Law Group.

As part of the program, local bankruptcy lawyers and students from the law school teach a 45-minute course to students, followed by a question-and-answer period. The course also has a webpage.

Hopkins is the budget officer for the division and co-chairs its Pro Bono and Public Service Committee, which selects at least one project every year, in consultation with the division’s chair, for in-depth participation; she is also a member of the ABA Journal Board of Editors.

The committee and division chair, Benes Z. Aldana, selected financial literacy for at-risk high school students as this year¹s project. Aldana is also a captain in the U.S. Coast Guard serving as the chief of legal engagements for the U.S. Africa Command in Stuttgart, Germany. (The committee¹s other co-chair is Jaime Hawk, an attorney with Federal Defenders of Eastern Washington and Idaho in Spokane.)

A CULTURE OF DEBT

The division will request in February that the ABA Board of Governors approve a partnership with CENTS as the developer of the Debt-Slapped project so that the two groups can establish a close working relationship. Hopkins says it also is likely that the financial literacy project will become a multiyear commitment for the division, like its current pro bono project, Kids in Need of Defense, known as KIND.

“CENTS was created by Judge Overstreet,” Hopkins says. “The project was part financial literacy and part pro bono representation for adults, and it has evolved into the schools” as an effort to help young people avoid money decisions that might ruin their financial futures. The Solo/GP Division recognized Overstreet for her efforts by presenting her with one of its Difference Makers Awards at a luncheon held Oct. 12 during the division’s fall meeting in Seattle.

“We see the financial problems present in the bankrupt debtor population—unemployment, lack of health insurance, divorce—but we also see credit decisions that can be made early on in a person’s life to prevent financial disaster,” Overstreet says. “Kids start making these decisions at age 16, 17 and 18, often when they’ve started using credit cards.”

Overstreet says today’s students are brought up in a culture of debt. “We have government that spends more than it takes in, parents who spend more, as well as school districts,” she says, “so we don’t set a lot of good examples.”

The goal of the Debt-Slapped project is to help students understand the implications of financial decisions, says Tony Leahy, the executive director of CENTS. “They are always amazed at compound interest,” he says, “how only making the minimum payment can result in paying exponentially more than the amount of the loan. That floors them.”

In print and early Web versions of “Know Your Dough,” January, should have identified Benes Z. Aldana as a captain in the U.S. Coast Guard, currently serving as the chief of legal engagements for the U.S. Africa Command in Stuttgart, Germany.