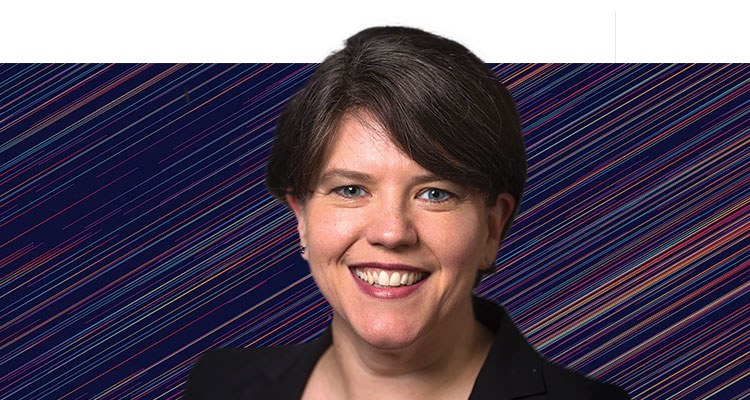 As the child of a New York City police officer, perhaps it was in my DNA that I would walk a “path to the law.” Long before Law & Order became must-see TV, the theme song to Hill Street Blues could be heard in our traditional Irish Catholic household every Thursday evening. And so telling my father that I had accepted a summer internship at the American Civil Liberties Union was a bit of a shock to his system. But certainly less of a shock than my telling him a few minutes later that I would also be interning at the National Center for Lesbian Rights in San Francisco, and that I was gay.

The next few years were challenging ones with my family, and I wondered whether we would reach a point where my parents could talk about my path to the law without welling up with tears (not the happy kind). But I felt a deep calling to use my law degree to pursue justice and social change and hoped that, over time, my parents would be able to take pride in my work.

In the meantime, I found support and mentorship from a new family—the family of LGBT civil rights litigators. Nan Hunter offered me the opportunity to work with her and Courtney Joslin to update the ACLU’s publication “The Rights of Lesbian, Gay, Bisexual and Transgender People.” NCLR’s Shannon Minter and Kate Kendell showed me how much fun one could have doing work that, on many days, was really difficult and emotionally taxing. Mary Bonauto of GLBTQ Legal Advocates & Defenders demanded excellence from me as her law fellow, but she also encouraged me to think expansively about where and how I might best acquire the skills that I would need if I wished to follow in her footsteps as an LGBTQ civil rights litigator. Her sage advice resulted in my joining the Washington, D.C., office of Jenner & Block, where as luck would have it I was able to join the dream team—led by Jenner’s Paul Smith and Lambda Legal’s Ruth Harlow—that won the landmark U.S. Supreme Court case Lawrence v. Texas, which struck down anti-sodomy laws in Texas and by extension invalidated similar measures criminalizing gay relationships in other states.

On that sunny June morning in 2003 when Justice Anthony Kennedy read from his decision in Lawrence, I sat in the courtroom with dozens of other members of the LGBT legal community, where there were few dry eyes to be found. I knew that I shouldn’t have needed Kennedy to tell me that I was a person of equal worth and dignity in order to believe it. But hearing those words mattered deeply. And not only to me. While my relationship with my parents had arrived at a better place by that point, I know that what happened in the Supreme Court that morning mattered deeply to them as well. Among other emotions they felt that day, they could take deep pride in the fact that their gay daughter had played a small role in moving our country a little closer toward fulfilling its promise of liberty and justice for all.

I felt a deep calling to use my law degree to pursue justice and social change.

Shortly thereafter, I returned to New York City to join the ACLU. My father was working in NYPD headquarters at that point, and whenever I would visit him, he’d joke that it was fine if I told everyone that I was gay, but that I should please keep my voice down when talking about where I worked. To be fair, my father was the commanding officer of the NYPD hostage negotiation team by that point in his career, and he had tremendous respect for the ways in which the ACLU sought to hold the NYPD accountable. But in those moments, I appreciated the grace with which my parents handled the fact that my life had turned out somewhat differently than they may have hoped or expected.

With that said, I know that few things have filled my father with pride as much as my joining the Civil Rights Division of the U.S. Department of Justice, something that I would have never imagined possible when I came out to my parents in the 1990s. Being able to stand at a lectern and say that I was “representing the United States of America” was a privilege and an honor that I will carry with me for the rest of my life. But to an even greater degree, working from the inside to help the federal government change course with respect to its position on marriage equality and LGBT rights more broadly exemplified for me just how important it is for there to be folks “on the inside” who believe that their law degree can and should be used in service of pursuing justice.

In early 2017, it became clear to me that I would need to leave federal service in order to continue advancing civil rights in a meaningful way, and I was drawn back to my roots in the advocacy world. As the chief strategy officer and legal director of Lambda Legal, the nation’s oldest and largest LGBT/HIV litigation organization, I stand arm-in-arm with an outstanding team of lawyers not only within my own organization, but also from other national, state and local civil rights organizations, and with incredible partners in the private bar.

We are living in difficult times, to be sure, and it is easy to feel overwhelmed and overpowered by the assaults being leveled on communities for whom we care deeply. In those dark moments, I find some comfort in remembering how unmoored I felt on that day when I came out to my parents, knowing that today I can write this as a wife, a mother and an out-and-proud LGBT advocate whose parents now brag to their church friends when their daughter appears on PBS NewsHour talking about transgender rights. My, what a path mine has been. And I cannot wait to see where it leads me next.

Sharon McGowan is the chief strategy officer and legal director of Lambda Legal, which is committed to achieving full recognition of the civil rights of lesbians, gay men, bisexuals, transgender people and individuals living with HIV.

#MyPathToLaw is a guest column that celebrates the diversity of the legal profession through attorneys’ first-person stories detailing their unique and inspiring trajectories. Read more

This article appeared in the March 2019 issue of the ABA Journal with the headline "Landmark life pursuing LGBT rights."