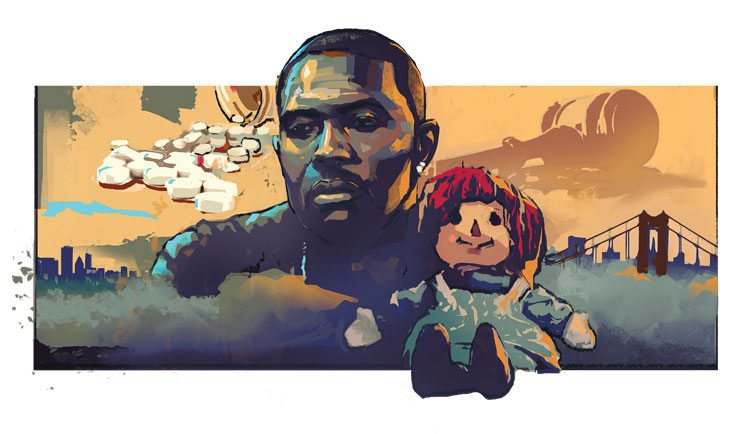 In January 2017, before President Donald Trump’s inauguration, I attended the annual Association of American Law Schools conference in San Francisco. I stayed at the Mark Hopkins Hotel high up on Nob Hill—a walk away from the conference site at the Hilton in the business district near Union Square.

My well-appointed vintage-style room was on an upper floor that overlooked the city, the Golden Gate Bridge and the bay. At night, a thick fog rolled in, blocking out the views—fog so dense that it was impossible to see beyond it. The fog gradually burned off in the morning. Nob Hill appeared first, then the city below, the tops of the bridges and, finally, Sausalito and Marin in the crystalline distance beyond Alcatraz Island and the bay.

Sitting in a coffee shop on Nob Hill, I read Shane Read’s new book, Turning Points at Trial: Great Lawyers Share Secrets, Strategies and Skills. In it, the reader meets an eclectic and engaging cast of some of the most successful litigators in the country. These lawyers select one of their cases for analysis, rather than merely recount war stories. Read chooses one aspect of each case (opening statement, direct examination, cross-examination, deposition, closing argument and appellate oral argument) and then reviews relevant transcripts from this “turning point,” analyzing why it was outcome-determinative.

Read allows his attorneys to provide their own commentaries, and each chapter comes with a takeaway checklist of lessons for practitioners.

The first opening statement Read analyzes is by Mark Lanier, a Houston-based trial attorney, church pastor and Bible teacher. The story Lanier tells is a simple one: A 59-year-old man, Bob Ernst—an athlete and distance runner, a good man—took the drug Vioxx to treat tendinitis in his hand. He died suddenly of a heart attack a year after he began treatment.

The drug company Merck was sued by his surviving spouse, Carol, alleging that the Vioxx had caused the attack, and that the company did not provide sufficient warnings about the drug’s possible side effects. Lanier became the first plaintiffs attorney to sue Merck successfully on a Vioxx claim. At the trial in rural Texas, Carol Ernst was awarded $24 million in compensatory damages and $229 million in punitive damages.

Lanier cleverly borrowed a thematic frame from the TV show CSI: Crime Scene Investigation and cast the jury into the role of a detective uncovering a mystery, especially pertaining to the crucial element of causation. But the story Lanier told went much deeper. It was, in part, about the relationship between Bob, the deceased husband, and his wife, Carol—a character-based love story affirming the value (in dollars) of Bob’s life and his relationship with Carol.

Against this, Lanier posed the plot-driven melodramatic villainy of the drug company as the basis for punitive damages: Merck not only denied that the drug caused Bob’s death but also claimed that the testing of side effects was sufficient (because the drug had received FDA approval). There were no warnings accompanying the drug, and Lanier argued that Merck purposely suppressed evidence, including studies linking the drug to heart attacks.

Lanier transformed the anticipated but not-yet-presented evidence into a compelling story. His opening cut against conventional legal folk wisdom about not overdoing or overcooking opening statements. Lanier employed a meticulous composition of artful PowerPoint slides, playing off images that enhanced his powerful words—images showing Bob and his wife leading a happy life, and then Bob’s image fading away.

Later, I watched Lanier’s YouTube videos, which are lectures he delivered to a torts class at Harvard Law School. Lanier is empathic, passionate and fully engaged with his audience and his material. Like many effective trial lawyers, he goes without notes and appears psychologically naked, enabling him to fully gauge and read the faces of his audience, matching their unspoken emotional needs and expectations.

This article was published in the February 2018 issue of the ABA Journal with the title "Paint a Picture: Evoking jurors’ sympathetic imagination is key for lawyer storytellers."