Lawyers are the directors and set designers of their courtroom dramas 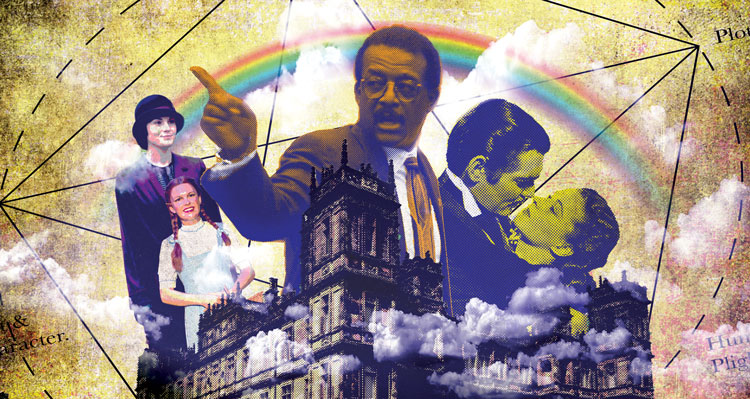 I attended a showing of the film Downton Abbey at a local theater before the COVID-19 pandemic gripped the nation. The plot, centered around disruptions caused by the king’s visit to an English estate in 1927, was recycled from an episode of the 1970s British TV show Upstairs, Downstairs. The cast of characters was lifted whole cloth from PBS’ more recent television blockbuster Downton Abbey. The audience was already intimately enmeshed with the lives of the characters inhabiting the abbey, both the upstairs gentry and the faithful downstairs staff who live to serve them. Every character had one clear inner problem or major contradiction that, just like the screenwriting manuals suggest, was neatly resolved at the end of the movie. There was also some high drama thrown in along the way—the foiled plot to assassinate the visiting King George V.

The simplifications of narrative elements (especially of plot and character) allowed the true star of the movie, the vaunted Downton Abbey itself, to fully emerge. The movie was about a place—a setting—evoking nostalgia for a return to a simpler time when the tight bonds within an imagined community called forth the highly structured social order of a world where everyone knew and accepted their places and purposes.

Some moviegoers wore vintage 1920s dinner costumes, as if they were attending a celebration. At the end of the film, the usually sedate Hanover, New Hampshire, audience erupted into spontaneous applause. The movie, like the television series, embraced themes such as the longing for lasting community, the affirmation of family and a desire for the return to an idealized time. Downton Abbey also suggests nostalgic longing for the hierarchical social order of the British artistocracy and the monarchy, themes clearly at odds with the egalitarian beliefs most Americans purportedly hold so dear.

When I returned home, I tuned in to television screenings of classic films from 1939 on Turner Classic Movies. I caught the middle of Gone With the Wind and saw the horrific, dreamlike panorama of the wounded and dying soldiers spreading out endlessly across the streets of Atlanta. I was drawn into the story about Scarlett O’Hara’s longing for a return to her plantation and her own idealized pre-Civil War dream state. After, I was equally absorbed by the scenic designs of Dorothy’s magnificent Technicolor dreamworld in The Wizard of Oz as she sought to return to her more prosaic family in the black-and-white Kansas farmland.

The plots of Gone With the Wind and The Wizard of Oz both anticipated the historical seismic dislocations of a world soon to be torn apart by the coming of World War II in a way that Hollywood’s classical cinematic dreams can uniquely do.

Much of the imaginative power of all three movies resides in their set designs and the imagery framing their scenes and complementing their plots.

This balance is not so difficult to determine and visualize when the medium is plot-driven and time-limited; Hollywood movies typically feature tightly constructed linear plots emphasizing conflict and depicting events presented in clear causal sequences.

Unlike courtroom storytelling, cinematic stories unfold through the montage of images (and sounds) rather than primarily in words (testimony) and through presentation of tangible evidence. 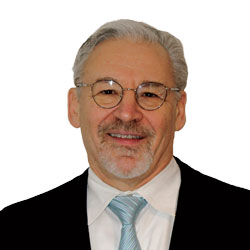 In the movies, images (shots) are shaped into scenes that are developed into sequences that become the acts or movements that build toward climax and denouement. Set design—the imagery depicting settings and framing the actions in scenes—is crucial to the effectiveness of the story told.

And while legal stories are also plot-driven, time-limited and tightly ordered, the centrality of plot in most legal stories would seem to put the squeeze on other elements of Burke’s pentad, especially the settings I thought crucial to the movies I had just seen.

Are legal stories inherently out of balance, then? Is there something gone missing from our storytelling craft? Perhaps not.

Litigation unfolds upon a stage in the theater of the courtroom. And while combative, compulsive and closed litigation stories are constrained and shaped by evidentiary and legal rules and the meticulous presentation of factual evidence, lawyers are nevertheless the producers, directors and set designers of their own theatrical courtroom dramas.

Lawyers also employ imagery to define the landscapes of their cases and enhance the stories they tell; settings, scenes and imagery are powerful litigation tools when artfully crafted together.

How much does the depiction of setting and scene matter in litigation storytelling? As Burke suggested, the balance of elements may be largely predetermined by the genre of the story being told.

In some types of legal stories, the scenes and settings are foregrounded. For example, in death penalty cases, lawyers often present mitigation stories during the sentencing phase, stories that are meant to fully explore the defendant’s world, including social history—all with the intent of fostering an expansive and contextual understanding of how and why the defendant came to commit the crime. The jury may then be more open to the possibility of imposing a sentence less severe than death.

Typically, settings and situations in mitigation stories are reshaped into environments or ecologies presented in sequences of scenes that may, for example, emphasize the horrors of a convicted defendant’s brutalization in childhood, suggesting a tragic inevitability to the story’s outcome.

In other types of plot-driven legal stories, however, the settings merely anchor or frame the story in a specific time and place and are not crucial to the outcome.

Settings can be both literal and metaphoric

Stories are sometimes set in metaphoric rather than literal places, plotted on imaginative landscapes.

The plots of films such as Downton Abbey, Gone With the Wind and The Wizard of Oz are all set on imaginative landscapes created by the director and set designer—fitting the story and matching the expectations of the audience.

Do lawyers perform similar imaginative transformations when depicting real-world settings in the courtroom? The simple answer is yes. For example, in his defense of O.J. Simpson, Johnnie Cochran reset his trial story on a James Ellroy-like landscape peopled by brutal L.A. cops, corrupt politicians and nefarious underworld characters—as unpredictable, violent and shadowy an underworld as anything manufactured in Hollywood.

Simultaneously, Cochran’s scenes evoked discrete historical moments with well-placed cross-references in time: to the racial politics of the mid-1960s, to Hitler and the Holocaust, and to the Los Angeles race disturbances of the early 1990s.

Likewise, Gerry Spence’s closing argument in his successful defense of survivalist Randy Weaver, accused of the murder of a federal officer in 1992, implicitly reset the drama on a Jeffersonian landscape of a rural post-revolutionary America where a frontier family holds out against an overreaching federal authority.

And in 1979, Spence won a suit against Kerr-McGee Corp. on behalf of the estate of Karen Silkwood, a worker poisoned by plutonium from a plant that manufactured fuel rods for nuclear power plants. Spence even provided the jury with a cinematic title for his closing argument, calling it The Cimarron Syndrome. Silkwood had been an employee at the Kerr-McGee Cimarron Fuel Fabrication Site in Oklahoma. Spence’s title cleverly cross-references the then-popular movie The China Syndrome, a fictional story about a California nuclear power plant disaster.

Spence’s trial story and closing argument in the Silkwood case are both set on a mythic Western landscape on the edge of civilization, in a frontier town that had been taken over by a villainous outlaw gang. Even Spence’s cowboy trial outfit purposefully evoked a dreamscape from a previous century.

The novelist Joyce Carol Oates once observed that her stories could not exist without the settings in which they were imagined, and that she is a storyteller “mesmerized by places” where the settings the “characters inhabit are as crucial … as the characters themselves.” Likewise, the depictions of settings and the imagery framing scenes are important tools in the legal storyteller’s toolkit in some genres of legal storytelling.

This article appeared in the June/July 2020 issue of the ABA Journal under the headline: “The Power of Settings in Place and Time: Lawyers are the directors and set designers of their courtroom dramas.”