What ethics issues to consider when offering unbundled legal services 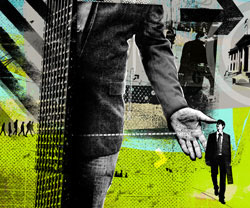 One of the most urgent challenges facing the U.S. justice system is finding ways to increase public access to affordable legal services, but grow-ing numbers of people aren’t waiting for the legal profession to come up with solutions.

Recent research confirms that people with low and moderate incomes increasingly are bypassing lawyers and turning to self-representation to deal with a variety of civil legal matters, often after referring to document preparation websites and other online companies serving the do-it-yourself market. Even businesses are going the self-representation route with growing frequency.

But there is another approach that could benefit both people with legal needs and lawyers. There are a number of ways to describe this arrangement, such as limited-scope representation, discrete-task representation and limited-assistance representation, but the most common—and certainly the catchiest—is unbundled legal services, or just plain unbundling.

In February, the ABA House of Delegates adopted a resolution (PDF) encouraging lawyers “to consider limiting the scope of their representation, including the unbundling of legal services as a means of increasing access to legal services.” The resolution, whose lead sponsor was the Standing Committee on the Delivery of Legal Services, also supports efforts “to assure that practitioners who limit the scope of their representations do so with full understanding and recognition of their professional obligations.” In addition, the resolution encourages efforts “to increase public awareness of the availability of limited-scope representation as an option to help meet the legal needs of the public.”

The concept of unbundling legal services has been advocated by some practitioners for at least 20 years. The concept is straightforward: A lawyer and client agree that, instead of the lawyer doing all the work in a case—the whole bundle—the lawyer will do some of the work and the client does the rest.

Such a bargain allows the client to receive at least some assistance directly from a lawyer. And while the lawyer’s fee isn’t as much as if he or she had handled the entire case, there are other benefits. “Lawyers who unbundle their services in the marketplace charge their full rate, expand their client base because the cost per case is more affordable, and effectively compete with document preparation services,” states the report that the delivery committee submitted to the House of Delegates in support of its resolution.

House passage of the resolution is “the culmination of ABA leadership in favor of unbundling for more than 20 years,” says Forrest S. “Woody” Mosten, a longtime advocate of the practice. Mosten is a Los Angeles-based attorney and family mediator who incorporates a collaborative approach into his practice. He is the author of Unbundling Legal Services, a book published by the ABA in 2000. But as the committee’s resolution recognizes, lawyers who provide limited-scope representation must be careful to avoid possible ethics concerns.

The major difficulty is getting clients to fully understand exactly what they are receiving, says Peter A. Joy, a professor at Washington University School of Law in St. Louis who teaches legal ethics. “An overarching problem in the limited-scope representation area is aligning a client’s expectations with the unbundled service. The client might believe that by hiring an attorney for a limited purpose, a client’s overall objectives may be achieved, when it is almost impossible for that to occur with the limited services the lawyer offers.”

Lawyers must have a process for evaluating cases to determine whether unbundling would be appropriate, says Stephanie L. Kimbro, a sole practitioner in Wilmington, N.C., and the author of Limited Scope Legal Services: Unbundling and the Self-Help Client, published by the ABA last year. “Lawyers must conduct a thorough intake process with the prospective client in order to make sure that it is reasonable to unbundle for the client’s specific legal needs before even beginning to do limited-scope work for an individual,” says Kimbro, who is a member of the ABA’s delivery committee. “This means having a process and procedure for unbundling in place ahead of time for each practice area where the lawyer might unbundle their services.”

A signed engagement agreement fully explaining the limited scope of the lawyer’s involvement is absolutely essential, Kimbro says. “The biggest ethics consideration for the lawyer is to clearly define the scope of representation for the client,” she says. “This is handled through a limited-scope engagement agreement, but the lawyer should include that education component as well. The client should receive checklists that let him or her know specifically which tasks in the representation will be handled by the firm and which ones the client will be responsible for.”

Kimbro says the engagement agreement must explain how the lawyer will perform the services and how client communication will be conducted. “For a lot of unbundling, technology is used to deliver those services,” she says. “Many lawyers unbundle with fixed fees rather than by billable hour. This makes it critical to set those expectations out in the limited-scope engagement agreement so there are no misunderstandings when the client begins calling the office twice a day when the lawyer has specified that communication will be handled via email or through a secure client portal instead.”

“To make unbundling cost-effective as a practice,” Kimbro adds, “the lawyer needs to set up these controls and the limited-scope engagement agreement can help accomplish this.”

Experts warn that unbundling won’t work across the board. “In some kinds of cases, limited-scope representation is not going to work,” Joy says. “In the criminal field, especially if the client has never faced criminal charges before, no matter what the lawyer says, many people just don’t understand the nature of the process.”

Joy points out another ethics issue that comes up in the context of unbundled legal services: the point at which a lawyer engaging in limited-scope representation should be able to withdraw because the client isn’t paying the bills. “Nobody has addressed whether a lawyer in the litigation context who tries to take on a limited-scope representation should be permitted to withdraw as easily as they can in some jurisdictions,” he says.

Even though it presents some ethics challenges, limited-scope representation offers real hope for expanding the market for legal services. Advocates of unbundling view the resolution adopted by the ABA House of Delegates in February as a very positive development.