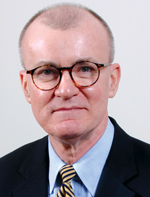 With political news sure to dominate the headlines this month, it’s a good time to consider whether the ABA is, as many of our critics contend, a liberal organization.

Addressing this view will be essential in our efforts to increase membership. All members of the legal profession, regardless of their political views, should feel welcome in the ABA.

Those who claim the ABA leans left often point to two events: the House of Delegates’ passionate debates on abortion in the early 1990s and four dissenting votes to the ABA Stand­ing Committee on the Federal Judiciary’s 1987 finding that Judge Robert Bork was well-qualified to serve on the U.S. Supreme Court.

These critics ignore ABA actions that could be viewed as leaning right. For instance, the ABA has vigorously fought on behalf of corporations by op­posing the Department of Justice’s charging guidelines, securing changes earlier this year that expressly bar prosecutors from forcing organizations and their employees to waive fundamental protections during investigations. And the committee unanimously found both Chief Justice John G. Roberts Jr. and Justice Samuel A. Alito Jr. to be well-qualified to serve on the Supreme Court.

Do those actions make the ABA a conservative or­ganization? No more than the earlier actions make us a liberal one.

By focusing on outcomes, the ABA’s critics miss the fundamental point. Like the justice system itself, the ABA is concerned most of all with process. We’re a forum for lawyers to air opposing views. We believe that if the rules of those debates are fair—both in the justice system and in our own association—the outcomes will almost always be the right ones.

The 556-member, policy-making House of Delegates is a good example of our commitment to a fair process. Most of its members are state and local bar association delegates, and their political views are as varied as those of the U.S. population as a whole. That diversity is one reason why the ABA can credibly claim to be the voice of the American legal profession.

Likewise, the Standing Committee on the Federal Judiciary is designed to ensure a fair process, rather than a particular outcome. The 15-member committee interviews dozens of lawyers who know a given nominee. Its work is independent of the rest of the ABA, including the House of Delegates and its policy positions.

Both Democrats and Republicans have referred to this as the “gold standard” for judicial evaluations. For almost 50 years, the committee’s work was conducted before a nomination was made public. But in 2001, the White House announced it was ending that practice. We will advise the next president, regardless of his party, that a fair process should continue and that the ABA stands ready to serve in whatever manner he sees as most helpful.

Sometimes fighting on behalf of a fair process is itself viewed as political, as in the ABA’s recent defense of the right of habeas corpus. But to avoid sacrificing principle, we must sometimes give the devil his due.

Sir Thomas More defended the rule of law during the reign of Henry VIII. In Robert Bolt’s play A Man for All Seasons, More asks his daughter’s suitor, “What would you do? Cut a great road through the law to get after the devil?”

“I’d cut down every law in England to do that!” the suitor replies.

More responds: “Oh? And when the last law was down, and the devil turned round on you—where would you hide, … the laws all being flat? … If you cut them down, … do you really think you could stand upright in the winds that would blow then? Yes, I’d give the devil benefit of law, for my own safety’s sake.”

Providing a forum for debate and being an honest broker of information is not political. It is the essence of the legal profession. And it’s at the heart of con­nected, empowered and engaged membership in the ABA.