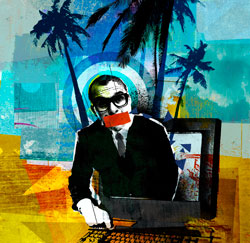 Regarding “A Net Loss: Firm challenges Florida Bar over website ad limits,” March: All limits on advertising go too far. Advertising for a law practice should be no different from advertising for beer, insurance or fast food.

As an attorney who has practiced law in Florida since 1982, I can’t understand why our state bar association continues to have some of the most restrictive advertising rules of all bar associations in the country. What makes Florida so special that we have to be so restrictive?

If anyone thinks you can still just “hang out a shingle” and make a living as an attorney, you are sadly mistaken. We now live in a world of mass media and the Internet. Ninety-five percent of all of my new clients have now found me on the Internet; and in making a decision to hire me as an attorney, they tell me they evaluate me by the content of my website. Regretfully, the market is flooded with attorneys right now, and if you can’t find a way to get noticed in this sea of law firms you are doomed to fail.

Regarding “Keeping PACER,” March: PacerPro is having you pay to add to its private collection of government works and can turn off your free access to it at any time it chooses—all in exchange for a few minor features, mostly a prettier interface.

But rather than contribute these documents to a company that can lock them up and exploit them, you should use PACER in combination with the RECAP Web browser add-on, which puts these documents in a public archive available to everyone.

PACER is evocative of our broken criminal justice system: willfully deficient, where justice is only available to those who can afford it. The real obstacle to change is the fear of government officials, who have become accustomed to the lack of transparency that has become the platform for their corrupt practices. Because fixing PACER is only the first step.

What crimes does the government often charge, only to later drop? How many people like Aaron Swartz are there, bullied and threatened with inflated accusations? How often is a particular person a witness in a case, e.g., a known corrupt cop or expert witness? Those are questions only machine-readable bulk data, accessible to everyone for free, can answer. 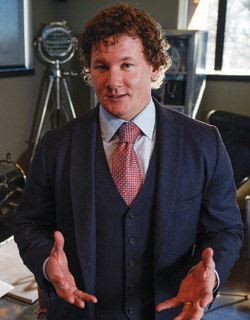 Regarding “Lean & Clean,” March: I have nothing but respect for someone who is able to create a practice like this, regardless of the area chosen. Further, Matt Hunoval is keeping his eye on the future by diversifying now, before the foreclosure practice winds down. Kudos to him.

Rapidly churned-out paperwork, rapid growth, promises of a high-tech mecca for legal compliance: I’m pretty sure that I’ve heard all these before somewhere. Oh yeah, it’s exactly the claim that the now-disbarred David J. Stern made. Exactly. Identical.

Stern, for those with short memories, was the poster child for foreclosure fraud; the predictable implosion of his firm ended up causing yearslong delays and triggering the second largest settlement in U.S. history. You’d think the banks would learn.

For anybody who still believes the Lean Six Sigma hocus-pocus, just look at the metric they’re gushing over: time to initial notice of hearing. Not accuracy. Not dismissals. Not client satisfaction nor overall cost. Just time. That speaks for itself.