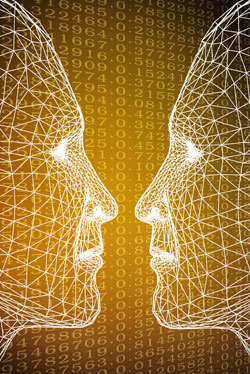 Regarding “Virtual Law Firm Plans to Multiply Like Magic,” April, Rachel M. Zahorsky’s article about Clearspire’s nontraditional legal services model: I think this is a great idea. I experienced something similar in my third year of law school while working with the Caprock Regional Public Defender Office. We used virtual communication to interact with our rural-area clients that were hundreds of miles away from our home office.

“Does It Please the Court?” April, states that “in her last term on the court in 2005, [William K.] Suter tells me, Justice O’Connor presided. It was the first and (so far) only time that a woman has presided in the great chamber.”

For the historical record, Justice Sandra Day O’Connor presided over the high court a full 10 years earlier—when I was sworn in there on April 3, 1995. I know this because I was present in the courtroom—with Justice O’Connor presiding—and because I and the other attorneys who were admitted on that day were informed at the time that that was the first time a woman had presided over the Supreme Court of the United States.

“What’s in a Name,” April, incorrectly implies that Fulbright & Jaworski added Leon Jaworski’s name after the Watergate trials. This is not correct: Jaworski’s name was in the firm title long before he went to Washington, D.C., to clean out the barnyard.

The youngest student and graduate at Baylor Law School, he generously donated millions to help others attend and learn at his alma mater (I am one of those). In talks he never referred to Watergate as his most important legal assignment: He always spoke of cases outside the public eye, where corrupt motives caused private men to do evil things and he was able to step in and right the wrongs.

I was appalled to read in “Prosecution Complex,” March, that attorneys general and prosecutors refuse to defend the constitutionality of laws duly enacted by state or federal legislatures. Their stance not only violates their oaths but distorts the adversarial process—which exists, in part, to shape the law’s development.

A law is not unconstitutional until a court so holds. Advocates, especially those in such lofty and visible executive branch positions, are charged with marshaling the best arguments in support of a law so the court has before it a properly focused and balanced controversy. Only then can a court’s decision to uphold or strike down a law have the legitimacy needed to promote proper respect for that decision. Indeed, the best way to honor the marvelous constitutional system we have inherited is to put it to work. So I take exception to professor R. Michael Cassidy’s notion that a government lawyer’s “duty to defend” a constitutionally enacted law can be at odds with the “duty to uphold the constitution.” The government lawyer who fails to defend a constitutionally enacted law is no friend to the Constitution.

Rather than proclaim their constitutional self-righteousness, public officials better serve their constituents by explaining why they act responsibly when they defend a statute. The act of doing one’s job then becomes a teaching moment, because constitutional litigation highlights how the branches of government interact in a vibrant legal system.

I also object to a prosecutor who won’t pursue a case because of a dislike for the law. I learned a profound civics lesson from one of Connecticut’s legendary prosecutors. There was a national controversy swirling about adultery being a crime. Like others, he thought the law had outlived its usefulness. Nevertheless, he pursued an adultery prosecution knowing it would subject him to ridicule because he also knew that the system would respond only if he did his job. The system responded as he expected, and adultery was promptly decriminalized. That said, I distinguish between a prosecutor who will not defend a duly enacted law and one who chooses not to prosecute a particular case. The latter is as much a function of one’s constitutional duty as defending the legitimacy of a statute. Myriad factors inform a prosecutor’s decision to pursue a particular case, and those can be evaluated only by someone with the discretion to yield once justice is served. And, at the end of the day, a prosecutor’s job is to do justice.