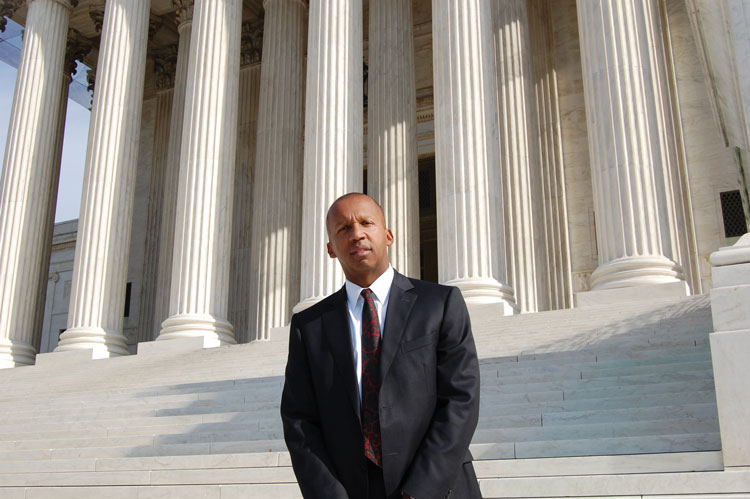 The article “Justice, Mercy & Redemption,” August, about Bryan Stevenson, founder of the Equal Justice Initiative in Montgomery, Alabama, was quite insightful. Stevenson, throughout his best-selling book, Just Mercy, reminds me of former Supreme Court Justice Thurgood Marshall. Stevenson should be considered for the next Supreme Court vacancy. He has the potential of being one of the most outstanding jurists in the history of the court. 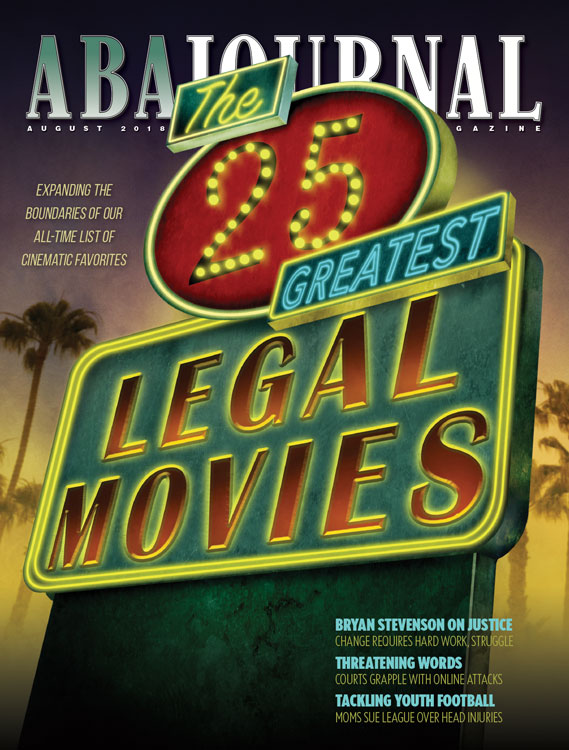 I’m surprised that in “The 25 Greatest Legal Movies,” August, that Thane Rosenbaum did not include The Young Philadelphians (1969) on his list. The scene in which ambitious associate Paul Newman woos the pet Chihuahua of elderly oil heiress is classic.


Kudos for this feature. The pieces are both sharp and comprehensive. But there are five superbly done films that belong on any such lists—overlooked likely because of their relative age. The first movie is The Talk of the Town (1942), a brilliant dramedy, unique in film because it wittily contrasts “the law” vs. justice. The Life of Emile Zola, the Oscar-winning best picture for 1937, tells the story of the notorious Dreyfus affair military tribunal and Zola’s own libel trial for publishing his famous letter to the People of France, “J’ Accuse.” Paths of Glory (1957) is Stanley Kubrick’s first masterpiece and arguably Kirk Douglas’ greatest role. The Devil and Daniel Webster (1941) is the wild Faustian tale by poet Stephen Vincent Benét brought to the screen. Finally, Oscar Wilde (1960) focuses on the explosive 1895 libel trial initiated by Wilde amid whispers of his homosexuality.