How to budget your day while moving through your motions 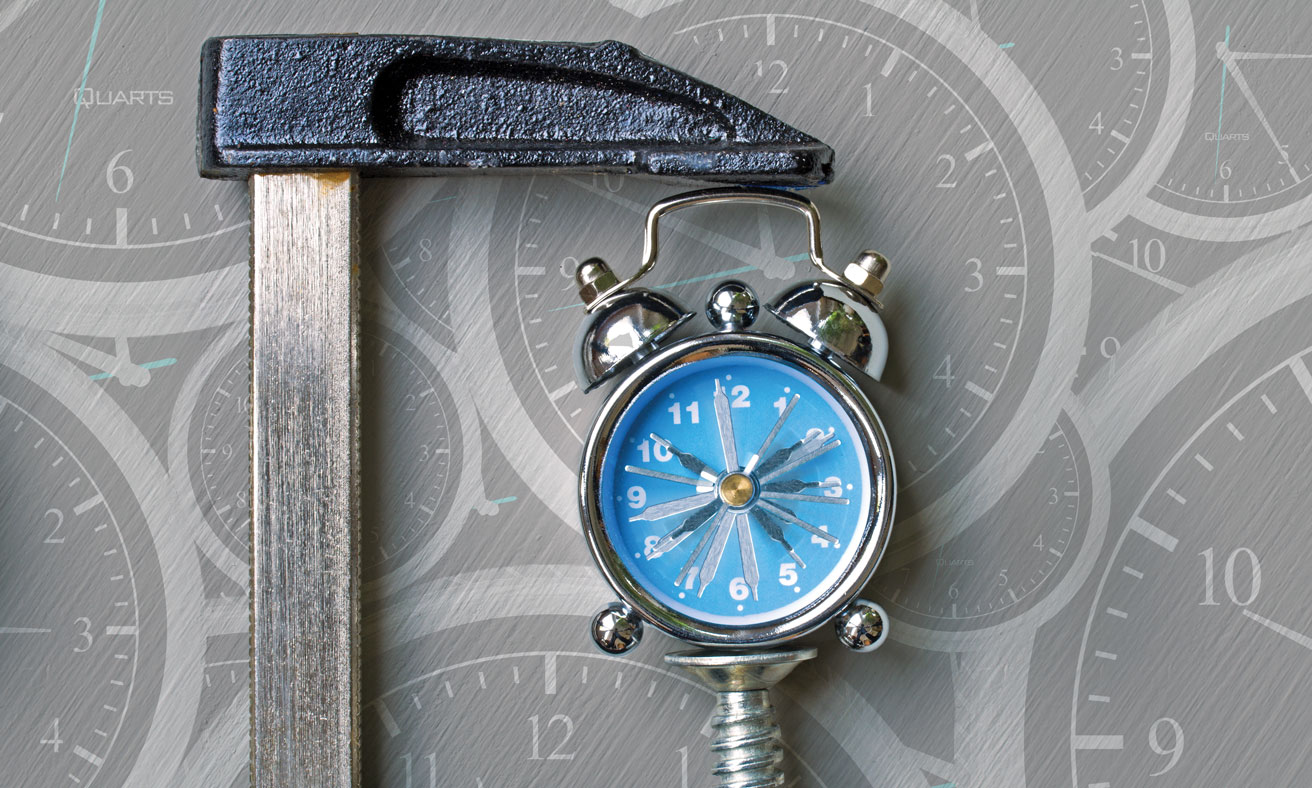 Part two of a three-part series. Read part one and part two.

Let’s review the situation: You’re an experienced litigator, and it’s your first day of work as assistant attorney general in your state. You’ve just finished the first of three motions that are due today. You’ve written a one-page motion to consolidate two cases in the state supreme court. You’ve handed it over to your legal assistant for final formatting, and you’ve asked him to bring it back to you for proofreading and final approval so he can file it.

It’s 1 p.m., and you have two more motions in progress. You’ve just had a sandwich, and you’re ready to tackle the more difficult of the two, the motion for judgment on the pleadings.

This case involves the renovation of 10 rooms in a state office building. A subcontractor (Olson) has placed a lien covering his work and filed a claim against both the general contractor and the state. A memo in the file—a rather overlong and opaque memo, in your view—identifies a statute providing that the subcontractor’s sole remedies lie against the general contractor, who has taken out a payment bond to protect subcontractors. The statute makes the state immune from suit.

You’ve already drafted two propositional headings for the middle of the motion: I. The state is statutorily immune from suit. II. Olson’s sole recourse is against the general contractor’s payment bond.

You draft the opener, which (according to your established practice) has as its centerpiece coolly stated syllogistic issue statements. They will end with question marks. They’re not prayers, after all. They’re issues, and you’re convinced that it’s generally ineffective to begin with a prayer hectoring the judge without first providing a sound basis. The affirmative counterparts to your issues will be found in your point headings.

In resolving this motion, the court need consider only two straightforward issues—either of which is dispositive in the state’s favor:

1. State’s immunity from suit. The legislature has immunized the state from liability for construction liens on state buildings when a nongovernmental general contractor is responsible for the work. Here, the general contractor, Mandel Inc., retained a subcontractor, Olson, to perform work renovating rooms in a state office building. Olson now seeks to foreclose against the state. Given the state’s immunity from suit, is it entitled to judgment on the pleadings?

It’s now 2 p.m., and you’re ready to compose the body of the motion. Your experience tells you that you’ll need no more than five pages for it. By 3 p.m., you’ve reached your final heading.

Beginning in 1896, the state legislature immunized the state from lawsuits for the construction of state buildings. Given that foreclosing on a lien confers a property interest, it would go against public policy for a subcontractor to take a property interest in a state office building after doing drywall and paint work in 10 rooms there—or any number of rooms. But the wisdom of the statute, however plain that might be, is not at issue; only its plain words.

Although an appeal against the state seems unlikely in this matter, the state asks the court, for purposes of conserving judicial resources, to grant the state a judgment on the pleadings based on both issues appearing at the outset. Respectfully submitted, [your name].

It’s now 3:15, and you have less than two hours to finish the motion to strike. You sign the motion to consolidate and hand off the motion you’ve just finished for formatting in final form.

“Would you kindly proofread it before giving it back to me?” you ask your legal assistant. “And please prepare a draft form of order. I’ll revise it before filing. Thank you.”

Now you’re in federal court, and you’re defending against a motion for summary judgment in a lawsuit against the operator of an unlicensed waste-disposal facility. In a long shot, the defendant has moved for summary judgment with an unsworn declaration by an expert witness—one that’s legally defective precisely because it’s unsworn. Under 28 U.S.C. S 1746, your opponent’s expert, Dr. Budd, was required to sign it as “true under penalty of perjury” if his statement was to be used. He didn’t do so.

You’ve already written the introduction and the single point heading, and you’ve found the two controlling cases within the circuit. As you size it up, this filing will take only three to four pages.

By 4 p.m., you’ve written the bulk of it. Your legal assistant comes in to present you with the motion for judgment on the pleadings. He points out three typographical corrections he has made (excellent ones), and you read it over closely, making one change that won’t affect pagination. You authorize him to file on your behalf.

By 4:30, you’ve drafted and revised the body of the motion to strike, discussing the two in-circuit cases that support your strict reading that an unsworn declaration must be signed as “true under penalty of perjury.” For good measure, you note that the other three circuits to have considered the requirement are in full agreement. You cite-check all the cases, and the results are favorable.

Despite that, you worry that a judge might exercise discretion in a way that would be detrimental to the state’s interests. Therefore, you do your best to preempt such a misstep in your conclusion:

Although Dr. Budd’s declaration may express what he believes to be true, it does not hold him to the stringencies of the perjury laws. Mere good intentions and beliefs do not satisfy S 1746, the standards of which are plain, simple and hardly onerous. The appellate courts have hewed to them closely, rejecting declarations that do not explicitly invoke the perjury laws.

The court’s scheduling order required summary-judgment motions to be filed by April 15. That deadline passed several weeks ago. This court should reject Dr. Budd’s declaration and strike it as improper and inadmissible. With that flawed declaration, the summary-judgment standard cannot be met. This court should strike the declaration and deny the summary judgment. Respectfully submitted, [your name].

Good work. It’s now 4:40 and time to get this ready for filing. Your legal assistant has already prepared the caption, the certificate of service and the footer, and within seconds he’s finalizing it and proofreading it. At 4:50, you read it one more time. Three-and-a-half strong pages. You add a sentence to the attached form of order, and it’s ready to go.

At 4:55, you authorize filing and serving the paper, and a minute later your legal assistant is filing it electronically.

Just as you finish, your supervisor steps in. She spent the day at the governor’s office.

“It went well,” you say nonchalantly. “This is interesting work. I’m eager to see what tomorrow brings.”

How will you unwind tonight after a full day’s work? Oh, there’s a whole season of The Great British Baking Show you haven’t seen. It’s high time to sit back and watch somebody else deal with the stresses of performing under pressure.

This story was originally published in the August/September 2021 issue of the ABA Journal under the headline: “Moving Through Motions: A Day’s Filings.”

Bryan A. Garner, president of Dallas-based LawProse Inc., has taught writing seminars over the years to more than half the offices of attorney general throughout the United States. He has also taught at the U.S. Department of Justice and the U.S. solicitor general's office. Among his more than 25 books is The Winning Brief: 100 Tips for Persuasive Briefing in Trial and Appellate Courts.