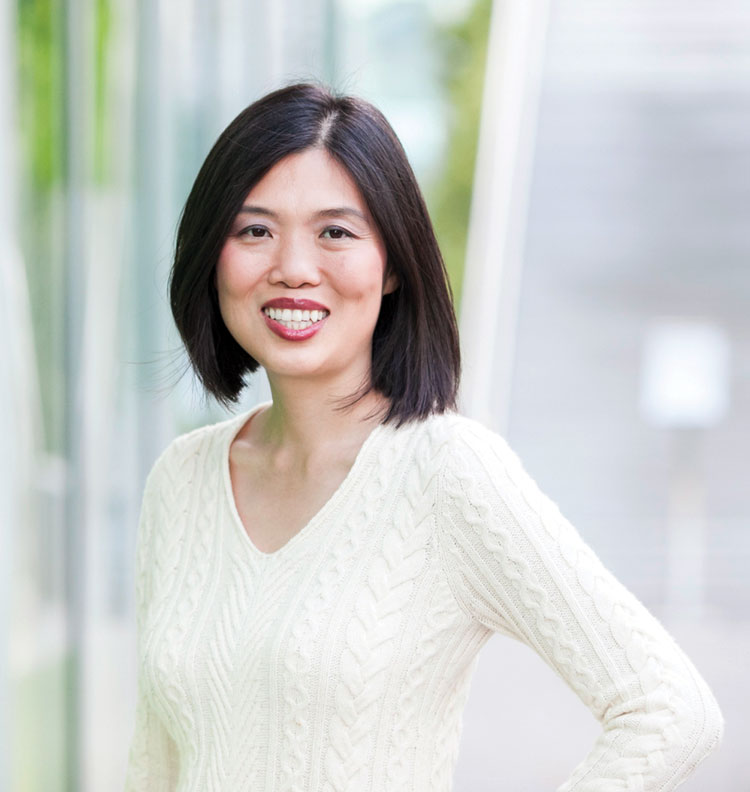 I watched a lot of Law & Order growing up. My family immigrated to the U.S. in 1988 (the same year Korea last hosted the Olympics). I was 10 years old and didn’t speak a word of English. Neither did anyone else in my family. As I watched, I repeated the phrases the lawyers said on the show, trying to learn the words, the intonation, the meaning.

When we moved to the U.S., we settled in Astoria, Queens, where my grandparents owned a grocery store. My dad went from being an architect at Samsung to working seven days a week at the grocery store. My mom had been an art teacher; in New York City, she worked at a nail salon. Here’s the thing: When you’re an immigrant in a country where you don’t speak the language, where you aren’t familiar with its rules and laws, you get taken advantage of.

We moved into an apartment with no hot water but plenty of cockroaches and rats. We didn’t know for years that you can report the landlord to housing agencies. I still remember waking up in the middle of the night, screaming, terrified because a rat ran across my torso. Once, I found a cockroach in a bowl of soup.

Eventually, my dad bought a laundromat. More than once, customers threatened to sue him for some claimed loss or damage to their clothing. He usually paid them because he didn’t understand how the legal system worked.

I knew from watching Law & Order that there were rules in this country designed to protect the innocent, punish wrongdoers and restore justice. I loved the show. In 60 minutes, bad people were always prosecuted and justice served.

To my naive 12-year-old self, this was obviously my path: Go to law school. Become a prosecutor. Send bad guys to jail. Protect the innocent.

As a sophomore in high school, I decided I was going away for college, but my parents were very traditional and didn’t approve. They often said that the only way I would be allowed to leave the house was if I were (1) married or (2) dead. Neither option appealed to me.

I saved every dollar I could from my job as a cashier at Boston Market and applied for colleges out of town. I faked their signatures on the applications, completed all the financial aid forms, and got into the State University of New York at Buffalo (420 miles away) with a full scholarship.

Once it was clear that I wouldn’t need their permission or financial support, I “ran away” to college. I was 17 years old. I didn’t speak to my parents for a long time after that.

As an immigrant working menial jobs, you often feel unseen and unrecognized. I’ll never forget the summer I worked in my mom’s nail salon. She told a customer—very proudly—that had I just graduated from college. The woman looked at me, as if seeing me for the first time (while I was washing her feet), and said very sweetly, “Well, isn’t that nice. So, will you be working here then?”

Stunned, I paused and responded that I was there for the summer but was starting law school in the fall. Her facial expression changed and she responded, “Well, good for you.”

I was assigned to the domestic violence unit where I learned that our criminal “justice” system is a terrible mechanism for helping people.

#MyPathToLaw celebrates the diversity of the legal profession through attorneys’ first-person stories detailing their unique and inspiring trajectories. Read more #mypathtolaw stories on Twitter, where the hashtag was created by Exeter University lecturer Matthew Channon.